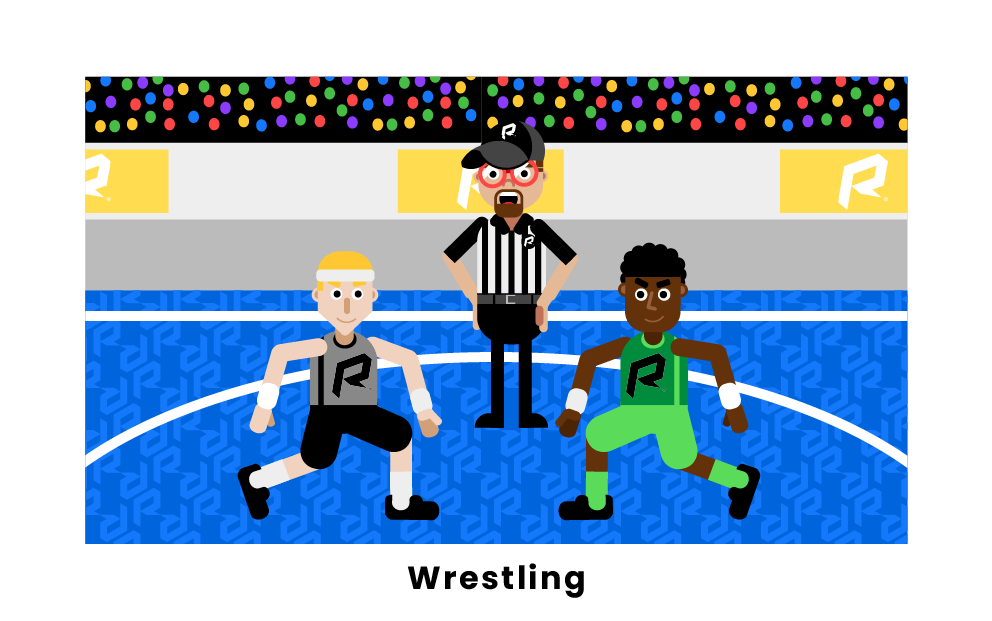 Wrestling is an ancient, individual combat sport that pits two wrestlers against one another in a match. The objective function of wrestling is to win the match by "pinning" your opponent's back flatly on the ground. Utilizing a variety of takedowns, clinches, holds and other grappling techniques, wrestlers compete against each other by weight class to determine who is superior. Wrestling is definitely one of the most difficult and demanding sports. 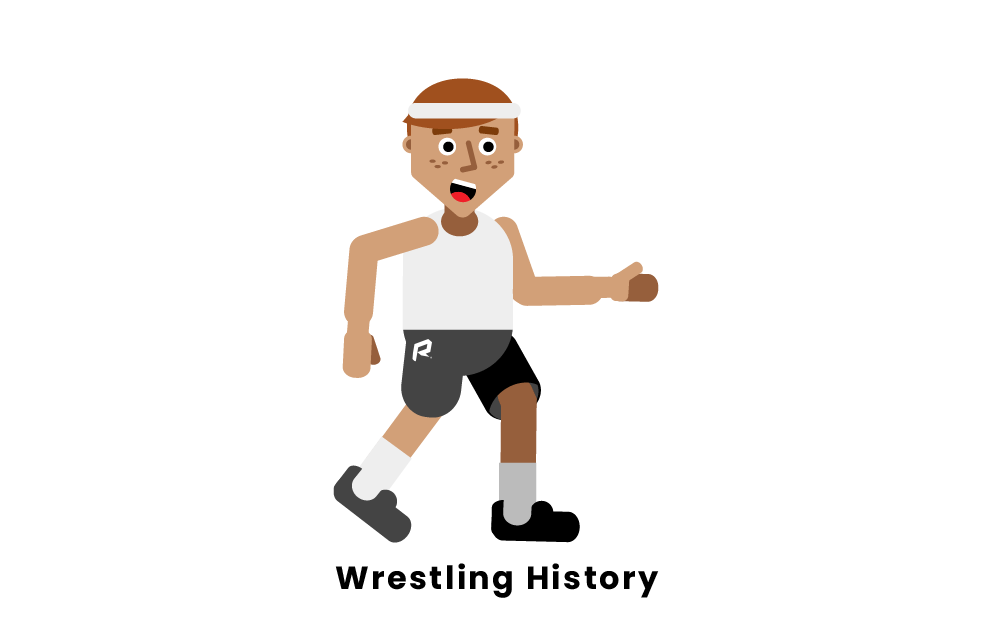 Wrestling was developed by the ancient Greeks as a way to train soldiers in hand-to-hand combat. Since the Olympic games were first established in Greece, this is the reasoning as to why wrestling is such a prominent sport within the Olympics. The Roman Empire soon borrowed the wrestling style from the Greeks, and as a result, Greco-Roman wrestling was created. Throughout the Middle Ages, wrestling was very popular especially within royal houses.

Later on, American settlers also found wrestling to be popular among Native American tribes. While at first wrestling was only an activity or event that was used in the military or at fairs/carnivals, currently, wrestling is one of the most exciting sports to watch or take part in at collegiate institutions. Furthermore, wrestling also is a key component of sports, such as mixed martial arts (MMA).

Wrestling often takes place on a mat. To ensure an ample amount of safety for the competitors, the mat is comprised of PVC Rubber Nitrile Foam or Cross-Linked Polyethylene Foam. These materials absorb the shock when these athletes get thrown to the ground. While a mat is often the place where wrestling takes place, sports like MMA which have a great deal of wrestling within them, take place inside octagon-like cages which have the correct padding and foam to protect a competitor from becoming injured. 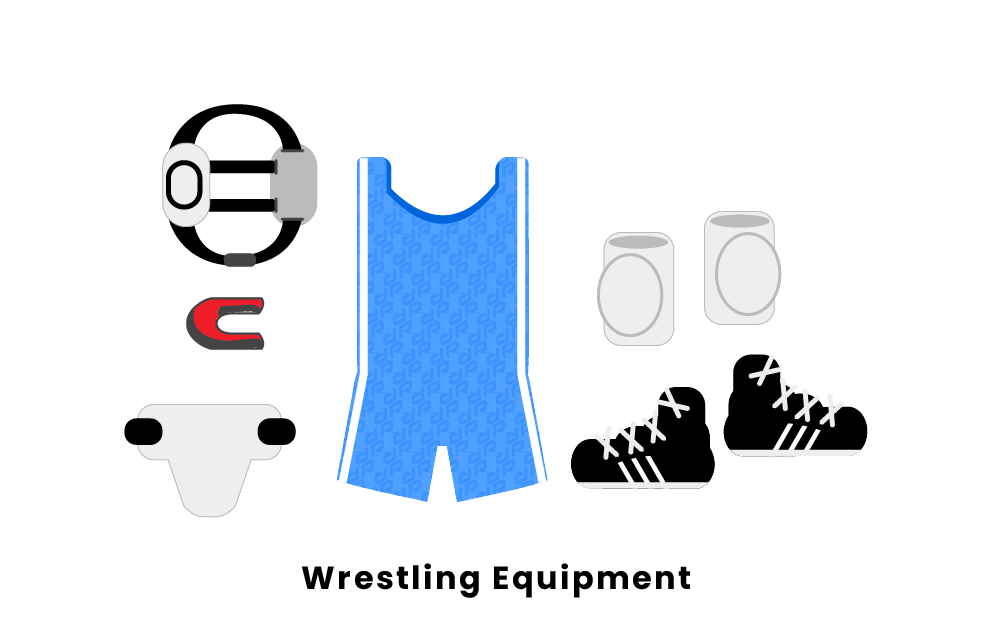 Unlike other sports, wrestling does not require that much equipment. The sport consists of two competitors dueling on a mat with the ultimate goal of protecting oneself while attempting to submit and dominate their opponent. While certain shoes are desired to ensure an athlete is able to move well and able to have proper traction on the mat, the other pieces of equipment necessary for wrestling are the following:

There are a few common types of wrestling. International wrestling and Greco-Roman wrestling are similar, and the object of both is for a competitor to throw or press their opponent on his back so that their shoulder blades and back touch the ground at the same time. Wrestling takes place on a large padded mat. Wrestlers begin each round (three rounds in total) by standing upright. Points are scored when a wrestler takes down their opponent by successfully lifting, throwing, tackling, twisting, or tripping them.

Once wrestlers fall to the mat, they then proceed to grapple with one another in an effort to gain control and to have an advantageous position over one another. Strength is a vital attribute. However, what really sets the good wrestlers apart from the great wrestlers is their speed and conditioning. Wrestling occurs at a quick pace and involves all muscles within the body to be used. Weight classes are used to ensure that there is not a mismatch between opponents. 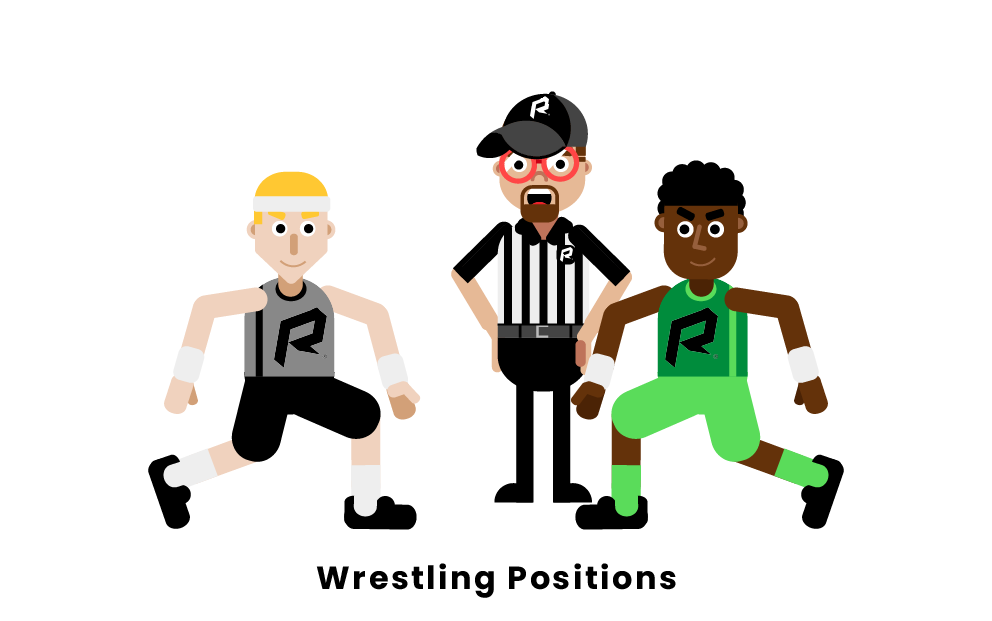 Unlike basketball, hockey, football, and soccer, wrestling is an individual sport. Therefore, there are no offensive or defensive positions. However, there are two positions on the wrestling mat itself in which the match can begin.

Neutral Position: When both wrestlers begin a match upright and facing one another

There are five different ways to register points in wrestling. Four of these ways are positive, and one way is negative. Ironically, a great deal of wrestling matches end up resulting in draws/ties. 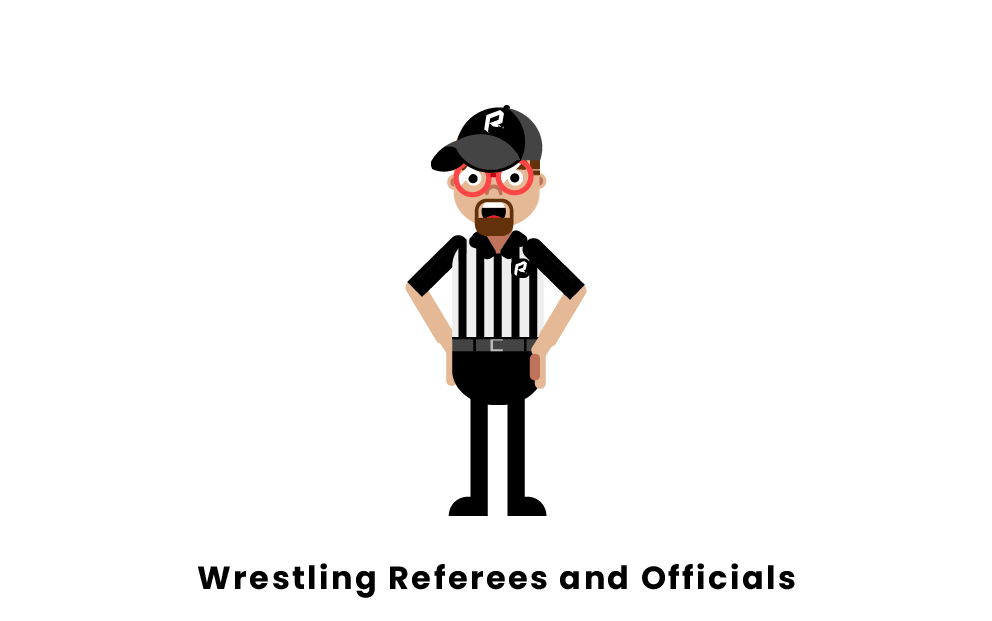 The job of a wrestling referee is to make decisions throughout the match but to also communicate to the wrestlers on how much time is left in each round and to how the match is progressing. Some officials stand on the mat, while others remain seated to evaluate the action. Some of the more notable wrestling referees include: 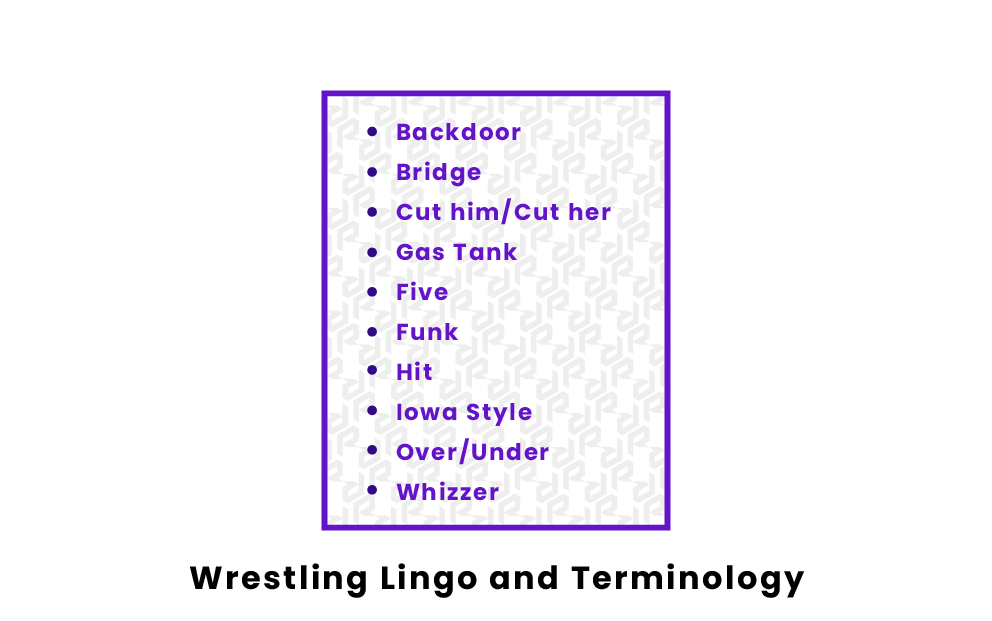 In wrestling, there is a special language that only wrestlers speak in. Competitors have their own unique lingo and terminology. Some of these terms are listed below:

Backdoor: When a wrestler goes between their opponent's legs when on the bottom

Bridge: Turning your body into a "bridge" like position to avoid being pinned; only thing touching are head and feet

Cut him/Cut her: When a wrestler needs points late in the match, they will often let the wrestler escape in order to perform the same takedown once again

Five: When a wrestler throws another wrestler feet over head that creates a high amplitude move and scores 5 points

Hit: To succeed when making a move

Iowa Style: A style of wrestling adopted from the Iowa Hawkeyes which focuses on wearing an opponent down because of super conditioning

Whizzer: Popular clinch used to control an opponent; putting an arm around an opponent's arm and body to prevent them from moving

The following are the most basic skills that a wrestler must possess in order to be successful. Proper training and coaching is key, but without these skills, a wrestler will not be competitive.

Stance: One that allows the wrestler to be able to attack and defend

Motion: A wrestler must be quick on their feet and be able to move with fluidity and speed in order to execute powerful moves

Level Change: Having a good posture and strong hips allows a wrestler to execute a takedown with more ease

Penetration: In addition to lowering their level, a wrestler must also keep their hips forward beneath their shoulders as their drive into their opponent with force

Lifting: A wrestler must have support and balance when they life their opponent off the ground

Back Step: Necessary for executing a throw

Back Arch: When attempting a throw, a wrestler places their hips under their opponent while arching their own back 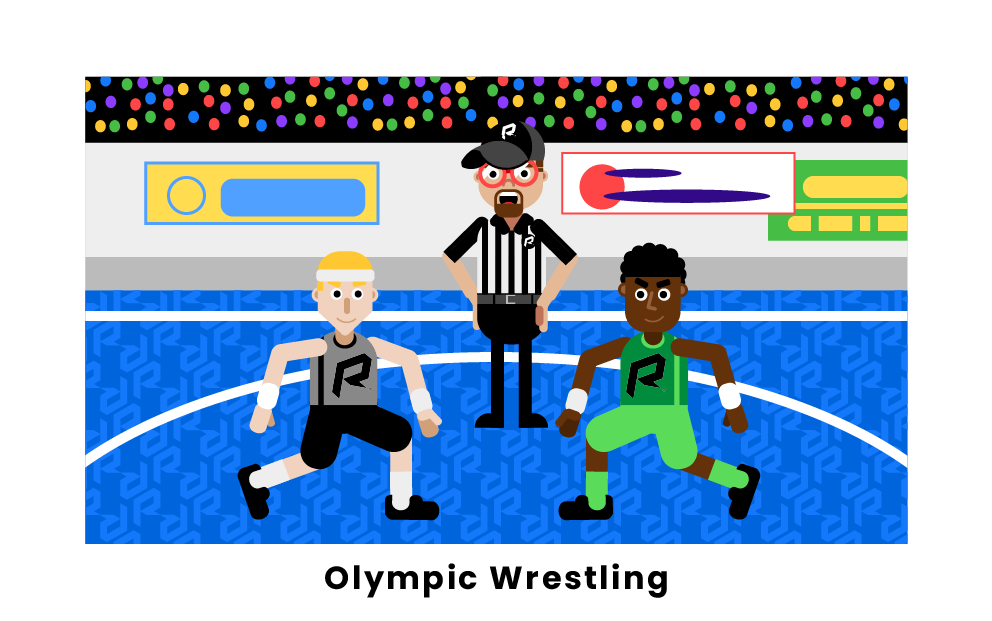 Wrestling was included back in the first Olympic games in 1896. Greco-Roman wrestling and freestyle wrestling are the types of wrestling that competitors take part in during the Olympics. Wrestling is the only Olympic sport that still requires its athletes to have amatuer status to participate. Russia has the most Olympic wrestling medals.

Each sport has its go-to brands that provide the necessary equipment and accessories to both fans and to players from all different levels. Some of the most popular wrestling brands include:

A coach must have knowledge on the sport of wrestling. On top of that, a coach must know how to treat and respect the wrestlers who they are training. The great wrestling coaches know the skills that their athletes must possess to win a match. The 8 coaches below are a few of the premier coaches in wrestling:

There are different levels of competitive wrestling leagues that are located all over the world. From beginners to advanced, athletes are able to stay active and compete in the sport they love. Some popular wrestling leagues include:

There are several wrestling organizations across the United States. Some are for competitive purposes, while others exist for the sole purpose of entertainment. Tournaments also exist at different times throughout the year. Age groups and weight classes vary between adult, professional, and Olympic wrestling competitions. The major organizations include: 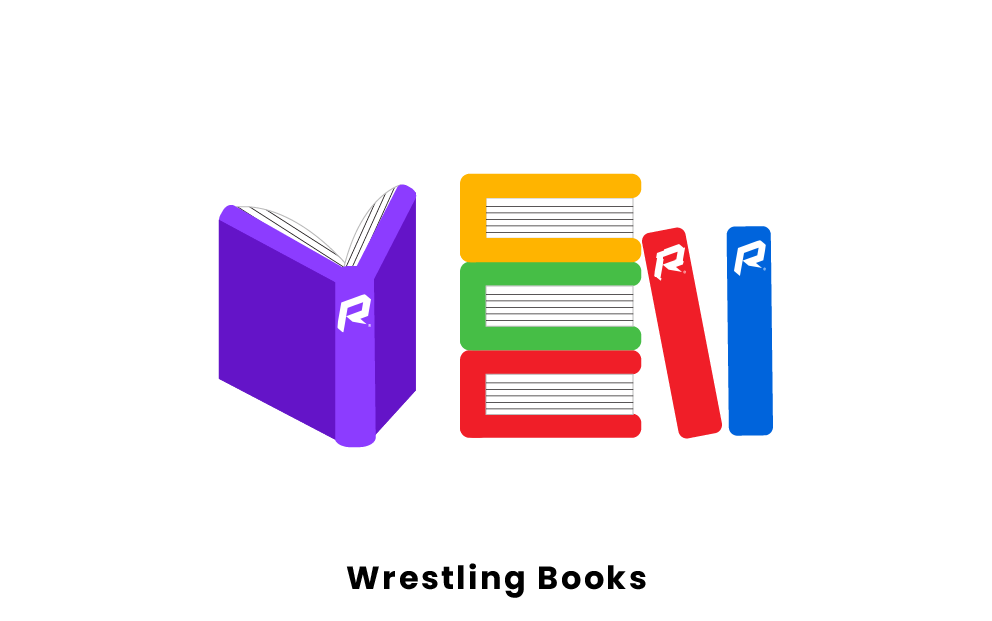 Wrestling books are often fiction, nonfiction, or novels on how to train wrestlers to help them improve their game. Some of the stories are even based on real-life events. Other books are made up stories meant to be fun and enjoyable for a reader. Some of the more popular wrestling books include: 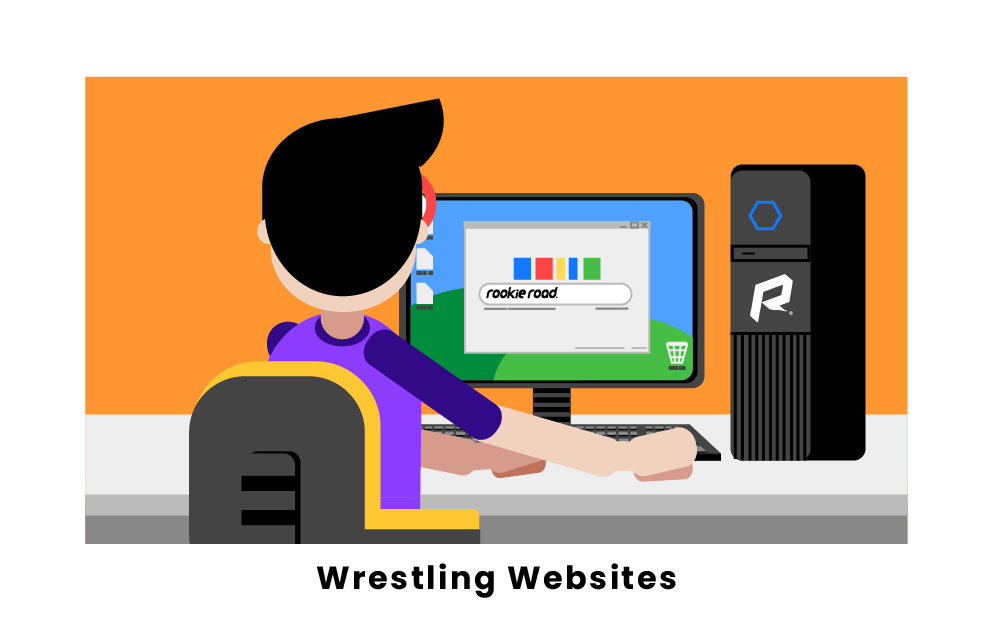 There are many different wrestling websites that each have its own special purpose. There are sites made for purchasing equipment sites to explore wrestler rankings, and sites to re-live Olympic wrestling memories. Some of these websites include:

Wrestling is a high-contact sport in which athletes compete against one another with the goal of ultimately securing an advantageous position over their opponent.

Where is Wrestling popular?

Wrestling has been around since the first Olympic games back in 1896. Wrestling is intense and competitive for the athletes and a great source of entertainment for fans.

Is Wrestling an olympic sport?

Yes. The Greeks established the sport of wrestling several centuries ago.

What are the different kinds of Wrestling?

Pages Related to What is Wrestling?