How Does Scoring Work In Wrestling? 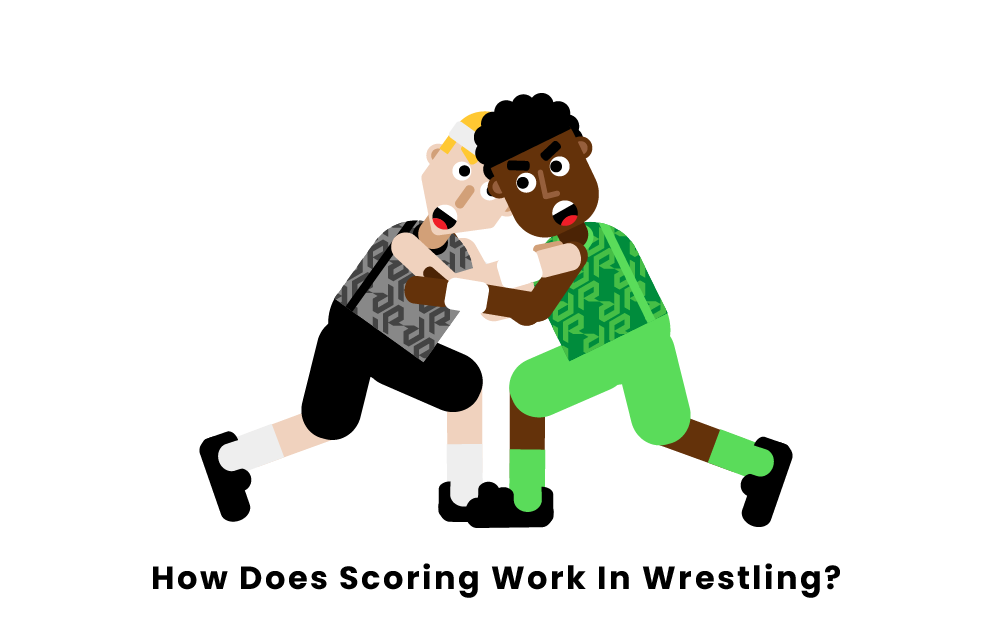 In all types of wrestling, there are different ways to win a match, most of which involve scoring based on specific movement patterns. Some of these movements are somewhat simplistic from a viewing standpoint, while others are quite complicated. Wrestlers can win matches in several ways, including pinning, technical points, and penalty points.

Here is a breakdown of scoring points in wrestling: 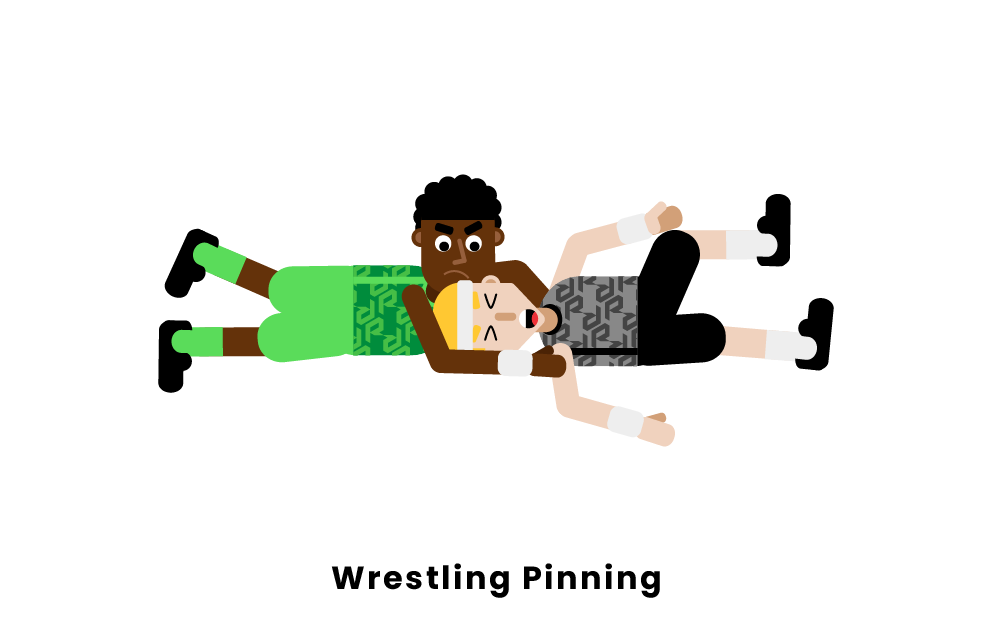 The most straightforward way to win a wrestling match is to pin your opponent’s shoulders to the ground for 1-2 seconds. If this situation occurs, then the match is over, and the pinning wrestler is automatically deemed the winner. Since this is essentially the goal of a wrestling match, there is no exact point value associated with a successful pin. Some of the most common pins are half-nelsons, cross-face cradles, and chicken wings. For all of these potential scenarios, the evaluation of whether or not the pin has taken place is made by the on-site referee. 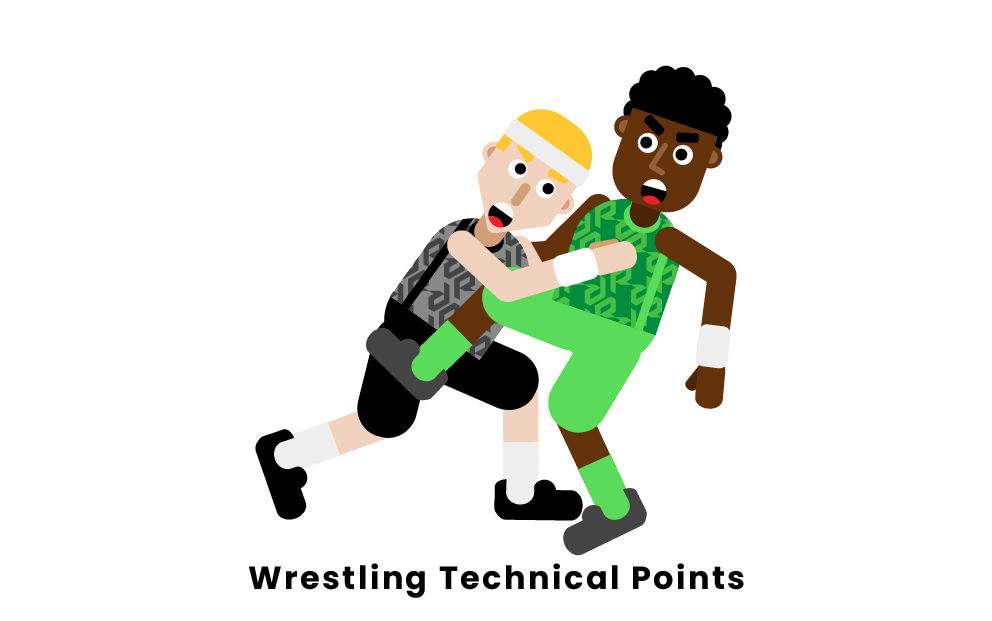 In matches that do not end in a pin, much of the scoring comes in the form of technical points. A technical point is a broad term used to describe the score applied to any number of wrestling moves, pins, or breakaways that do not result in an immediate win or loss.

A few examples of movements that would gain technical points are takedowns, escapes, and reversals. A takedown occurs when a player gains control of their opponent while attempting to pin them on the mat. Conversely, escapes and reversals involve getting out of a weak position on the mat, while simultaneously repositioning oneself in a neutral (escape) or strong (reversal) position. The exact point total associated with these moves can vary based on the governing body, but generally speaking, takedowns and reversals are worth two points, escapes are worth one point, and near falls can be worth anywhere from two to four points, depending on the severity. 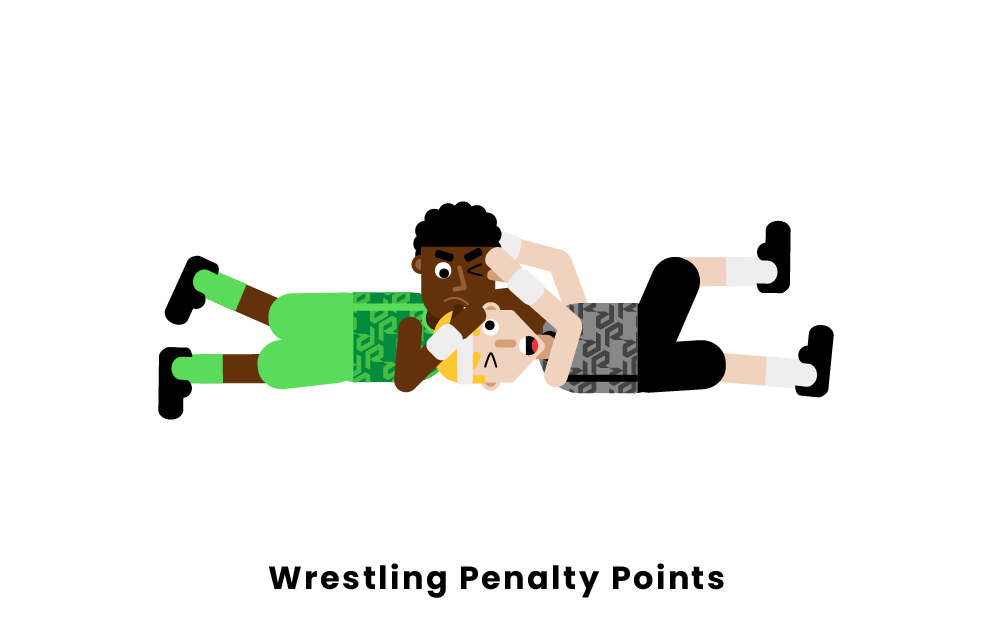 In addition to pin victories and technical points, there are a number of illegal moves, holds, and styles that can result in points for the opposing team if a referee deems a violation has taken place. A few common misconduct violations include forcing your opponent off the mat, performing an illegal hold, or grabbing his or her headgear.

Most of these illegal moves give the other wrestler 1-2 points; however, some of the more severe infractions (eye-gouging, biting, poking nose/mouth) can result in immediate disqualification. Penalty points can easily be the difference between winning and losing a match.

In wrestling, overtime is conducted in a one-point sudden death format that lasts for one minute, which means the first competitor to score a point wins the match. If the match is not decided within this minute, there are additional tie-breaking procedures. The first consists of two 30-second tiebreakers, where wrestlers swap referee’s position in order to gain a point. If still tied, the match will be decided by a ride-out.

Additionally, if two teams are tied in a meet, there are tie-breaking procedures that will take place. The criteria for tie-breaking is as follows:

How is a wrestling match judged?

There are referees and judges that both stand by to evaluate the performance of the competitors during a match. The referees are usually on the playing surface, moving around while watching player interactions closely in order to keep the competition running smoothly. These referees have the power to score a pin or passivity violation if appropriate; however, they do not keep track of technical points. This evaluation of technical scoring is left up to a series of judges that station themselves to the side of the playing surface. Both the referee and the judges work together to score the match appropriately, each serving their own purpose.

What are back points in wrestling?

Back points, also known as near fall points, are awarded to a player who comes close to pinning their opponent on the ground, but fails to do so by a slim margin. This type of scoring method is awarded with 2-4 points in favor of the pinner, depending on the exact amount of time the pin took place. One scenario when back points would be awarded would be when one player is in full control of their opponent, but his or her shoulders are resting a few inches above the mat. Another would be when one player fully pins one shoulder to the ground, but the other shoulder is angled upward.

How does team scoring work in NCAA wrestling?

In collegiate wrestling tournaments, there are a few different ways that teams can be awarded points and move up the leaderboard in the overall standings. The first and least confusing come in the form of placement points. Placement points are awarded to the team that scores the highest over a given series of matches. In many tournaments, the winning team is given 16 points, the second place team 12, 3rd place 10, and so on, all the way down the list. These points go toward the team’s overall total for the season. Another way for a team to score points would be through advancement points. Advancement points are awarded at the completion of each and every winning match, meaning that team points are awarded not only on a tournament-by-tournament basis but on a match-by-match basis as well.

Pages Related to How Does Scoring Work In Wrestling?