What is Greco Roman Wrestling? 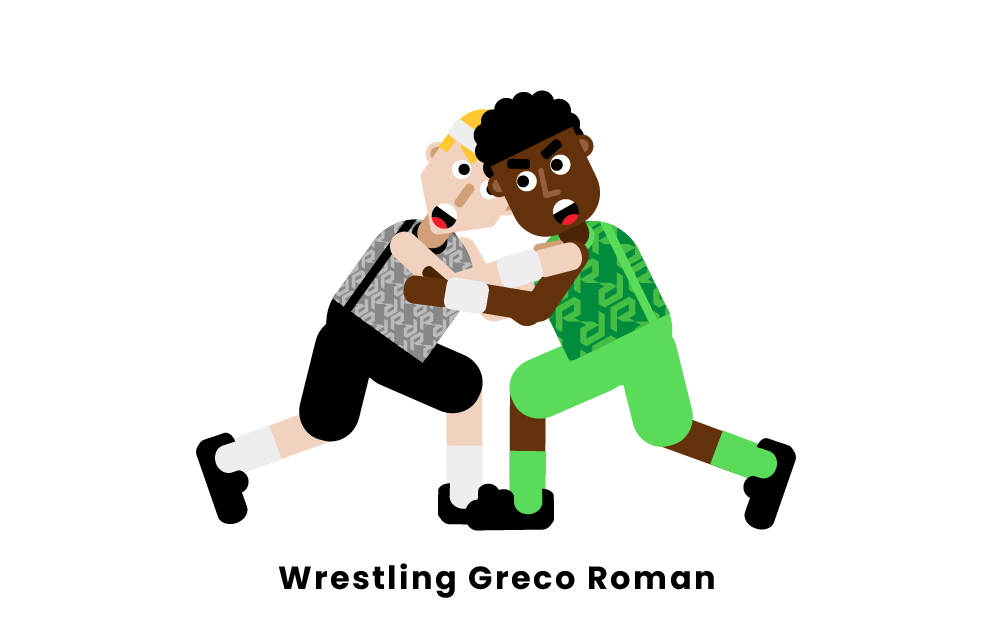 Greco-Roman wrestling has been termed as possibly the oldest competitive sport in the world, with cave drawings of wrestlers appearing in 3000 BC and the sport of wrestling dating back to the early Olympic competitions in 308 BC.  Wrestling was key when the Olympics were reintroduced in 1896, and have been a staple in every Olympic Games since then.

Greco-Roman wrestling differs from freestyle wrestling for a few reasons. The biggest difference is that in this form of wrestling, athletes are not allowed to use their legs. All grappling and holds must be done with the upper body. Wrestlers are also not allowed to hold or grapple below the waist of their opponent. Another difference comes in the way wrestlers fall to the mat. In freestyle wrestling, athletes may throw players to the mat and lose contact with their opponent. In Greco-roman wrestling, if an athlete throws an opponent to the mat, they cannot lose contact with the opponent and must fall to the mat with them. These rules lead to a more upper body focused form of wrestling where athletes are in contact with one another more often.

In a fight, there are three rounds of two minutes of wrestling. Each of these three rounds is split into three segments. The first segment is 60 seconds long, and both wrestlers start in a standing position. The second and third segments are both 30 seconds long, and the wrestlers start on the mat. Whoever had a higher score after the first segment gets an advantageous position when starting on the mat. Then in the third segment, the positions switch to allow for equal advantage.

Wrestlers gain points when they pin their opponent, push them out of bounds, or gain an advantage over them in the process of wrestling. Whoever has the most points at the end of three rounds is the winner. Wrestlers are divided into weight groups to ensure a fair fight. Wrestlers in the same weight groups will fight each other, with one winner being decided in each group.

Pages Related to What is Greco Roman Wrestling?