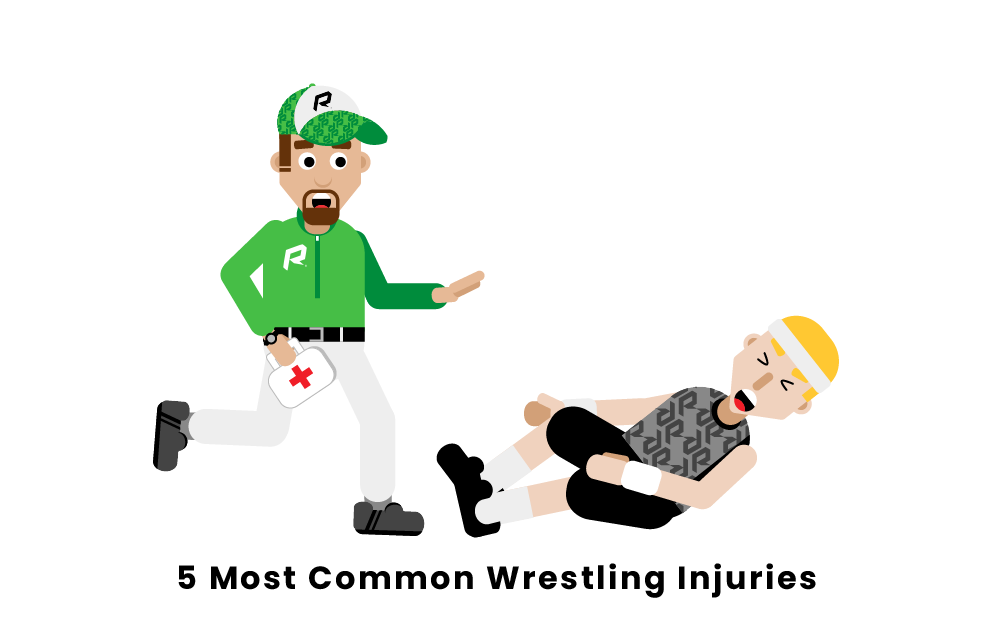 What are the most common wrestling injuries?

Head and face injuries are very common due to the constant trauma that occurs with head movements toward the mat. Specifically, cauliflower ear is a deformity caused by bruising in the ear. This injury is marked by visible swelling in the outer ear. Concussions are another common injury and occur with hard contact against the mat or opponent’s heads.

This type of injury earns this position on the list because of its widespread occurrence in all sports. An estimated 3.8 million concussions happen each year due to activity in sports. Wrestling helps contribute greatly to this statistic in the United States.

This painful injury occurs when wrestlers hit their knees against the wrestling mat with direct and strong force. The bursa, which is a fluid-filled pad, acts as a cushion for the kneecap. The bursa can become inflamed when hit with too much force. Some protective pads can be used to lessen the strain put on the bursa. Sharp pain will persist until anti-inflammatory medication is used.

Prepatellar bursitis earned this position on the list because it is the most common knee injury in wrestling. If a wrestler's knee were to have serious contact with the mat, this type of injury would most likely occur.

Ligament injuries are another type of knee injury and can occur in many different ways. This injury can occur when the inner knee is twisted from an opponent’s leg or foot. Second and third degree sprains of the knee will need special attention from a physician and sometimes surgery. The outside of the knee is vulnerable to this injury as well.

This kind of injury in the knee earns this position on the list because of the various ways it can occur. A wrestler may sustain this injury with a variety of movements on the inside and outside of their knees.

Skin infections may occur when teammates make direct skin-to-skin contact with other teammates, which will happen in every wrestling activity. The most common skin infections include ringworm, impetigo, and herpes simplex. Additionally, staph infections such as MRSA are becoming increasingly prevalent in the sport and country. The methods to stop these kinds of injuries revolve around hygiene and cleanliness.

Skin infections earn this position on the list because of the fact that wrestling demands more contact with competitors than any other sport. It is fairly easy for a single competitor to spread this injury to all of their opponents.

These kinds of injuries are fairly common due to the nature of actions and movements within wrestling. Specific actions such as tight holds or contortions of the arms and torso may cause the dislocation of the shoulder. In addition, immediate collision with the wrestling mat may cause this injury as well. As a result of this injury, tendons and ligaments may be torn from the shoulder.

Shoulder dislocations earn this position in the list because of the nature of joints and pushing them beyond their range of motion. This injury is the most serious one an athlete can get wrestling.