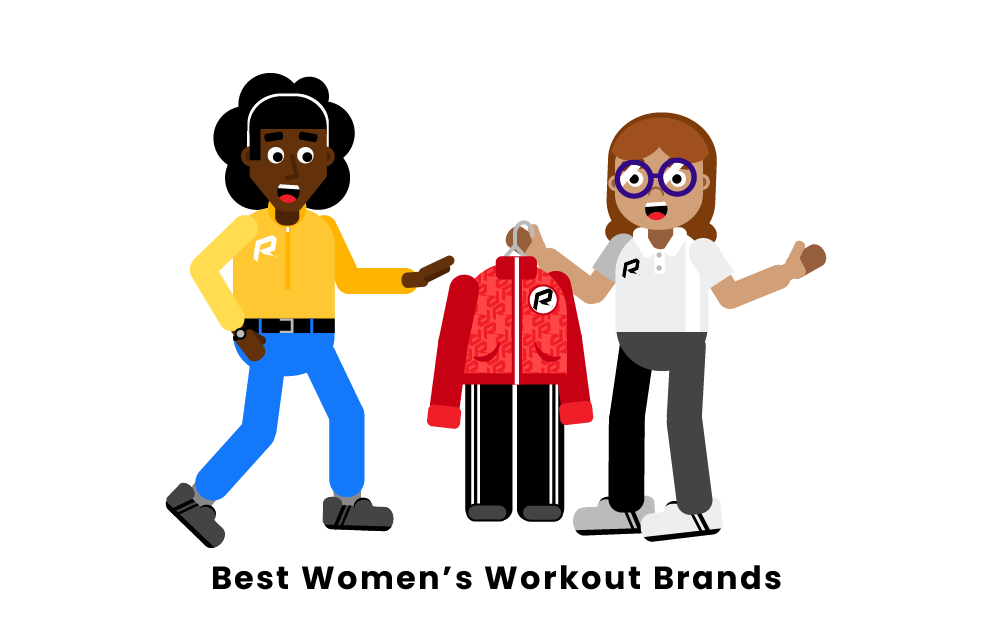 What are the most popular women's workout brands?

Nike is arguably the most famous sportswear company in the world. It was founded in 1964 as Blue Ribbon Sports by a track-and-field coach at the University of Oregon, Bill Bowerman, and his former student Phil Knight. Their first retail outlet opened in 1966, and they launched the Nike shoe brand in 1972. The company was renamed in 1978 to Nike, Inc. and went public in 1980. They sell everything from shoes to clothing to bags to accessories. Many professional female athletes are sponsored by Nike including, USA Soccer star Megan Rapinoe and tennis legend Serena Williams. They also sponsor a wide variety of colleges in the United States, including the University of Alabama, Syracuse University, and Wake Forest University.

Athleta was founded in 1998 and bought by Gap Inc. in 2008. The first Athleta store was opened in 2011 in Mill Valley, California. The products that Athleta sells include a wide range of athletic apparel and accessories for women. The brand is most known for its Power of She campaign launched in 2016. In 2020, Athleta launched the Power of She Fund that provides grants to organizations that reach women through athletics and movement. Allyson Felix became the brand's first sponsored athlete in 2019, and in 2021, they started sponsoring Simone Biles.

Lululemon was founded in Canada by Chip Wilson in 1998. It is a yoga-inspired company that sells athletic apparel for both men and women. The first Lululemon store was started as a design studio by day and yoga studio by night in 2000 in Vancouver. They sell a wide variety of workout apparel and accessories, including leggings, sweatshirts, sports bras, and much more. Their first product was designed for women to be worn during yoga. Now, they design their apparel for yoga, running, cycling, and all training purposes. Lululemon also sponsors athletes such as professional surfer Malia Manuel, professional Golfer Lydia Ko, and Olympic Triathlete Flora Duffy. The brand partners with New York University, Stanford University, Boston College, and other Universities for their athletic apparel and school merchandise.

Under Armour was founded in 1996 by former University of Maryland football player Kevin Plank. He created this brand because he was tired of sweating through his shirts at practice. Under Armour sells moisture-wicking athletic apparel meant to keep athletes cool and dry while doing athletic activities. They made their first large sale to Georgia Tech University within a year of the brand's launch. They sponsor athletes such as skier Lindsey Vonn and USA Soccer player Kelley O'Hara. The University of Notre Dame, Temple University, the University of California-Berkeley are among a long list of universities in the United States that are sponsored by Under Armour.

The company that is now known as Reebok was founded in 1895 by Joseph William Foster in the United Kingdom. Foster learned about shoemaking while he was working for his grandfather as an apprentice. The company was first named J. W. Foster and he developed shoes he called 'Foster's Running Pumps' that were meant to help with running performance. In 1924, famous athletes started wearing these shoes, which gave the brand more recognition. The brand reimagined itself and the name changed to Reebok in 1958. During the 80s, the brand introduced a wide variety of athletic apparel other than shoes, which is what they are still mainly known for. They work with celebrities such as Cardi B and Ariana Grande, along with athletes like WNBA player Lexie Brown.

Adidas was founded in 1924 under the name 'Gebrüder Dassler Schuhfabrik' in Bavaria, Germany. In 1949, the brand rebranded to 'Adi Dassler adidas Sportschuhfabrik'. In 1954, the German national soccer team wore Adidas cleats and won the World Cup Final in them. This made the brand a household name around the world. Franz Beckenbauer debuted a tracksuit with Adidas in 1967, which opened the brand up to create more athletic apparel than just shoes. Adidas works with a large number of athletes in the WNBA, such as Erica Wheeler and Nneka Ogwumike. They also sponsor Universities in the United States such as Arizona State University, Georgia Tech University, and North Carolina State University.