What is Wingsuit Flying? 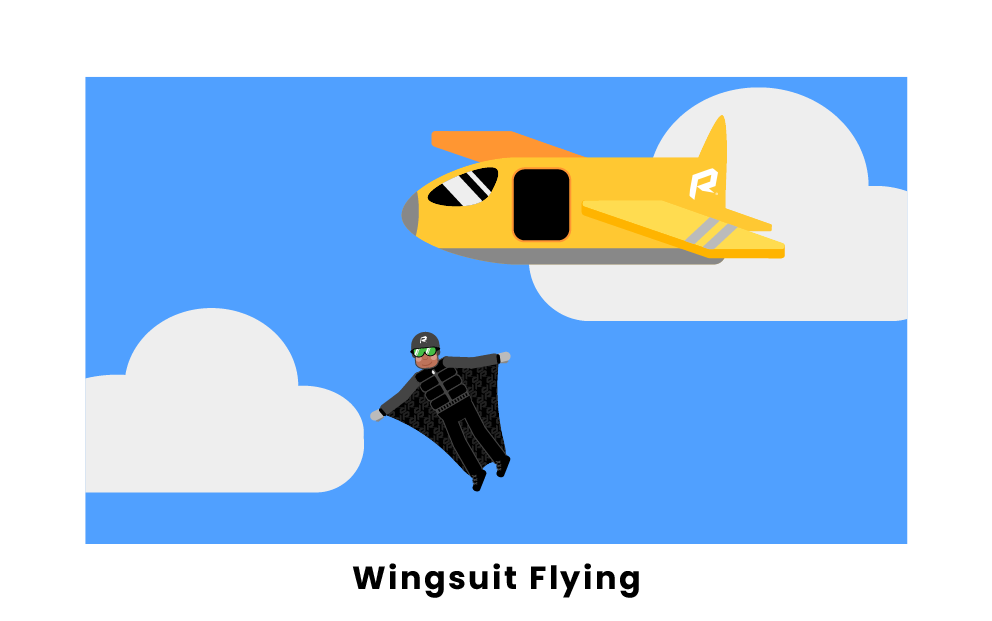 Wingsuit flying has been a fascination of many aviators, and its history can be traced to 1817 when Leonardo Da Vinci's workbook containing a drawing of a webbed flying craft was discovered. Today the sport has evolved, and since 2005 wingsuit flying has grown massively in popularity and level of safety. The first wingsuit jumps were known as “Proxy Flying," which were initially a derivative of the standard BASE jump, a widely popular extreme sport. Today there exist numerous local and international competitions that fans of the sport can spectate and participate in.

While the sport was not officially invented until 2005, there are records of previous failed attempts throughout the sport’s history. In 1917, Franz Reichelt "the Flying Tailor" lept from the Eiffel Tower. This is the first known documentation of a wingsuit attempt. While the effort was a failure, this did not prevent the sport from evolving and growing into what we see it as today.

What is wingsuit flying?

Wingsuit flying is an adrenaline-fueled extreme sport that is similar to BASE jumping. The goal of the sport is to leap from a tall cliff or moving plane and then use the specially designed suit to glide through the air and experience a sensation close to flying. The suit is sometimes referred to as a “squirrel suit” due to its similar appearance to a flying squirrel. The jump is typically ended by deploying a parachute before landing safely.

What are the biggest wingsuit flying competitions in the world?

Wingsuit sports are governed by the World Air Sports Federation (FAI); the most significant competitions that the FAI formally recognizes are the Wingsuit Performance Flying Cup and the Wingsuit Acrobatic Cup. The Performance Cup is split between 3 events; time, distance, and speed, and the Acrobatic Cup focuses mainly on team competition with an aerial display to showcase their flying skills. In this event, the flyers have a chance to creatively perform a series of loops, rolls, transitions, and docks to impress the judges.

What equipment do I need to go wingsuit flying safely?

To safely go wingsuit flying, you need to have a specifically designed suit. Wingsuits come in different levels depending on your skill, including beginner, intermediate, and expert. The suits are made of durable and stretchy fabrics such as nylon, which led to solid flight suits that can withstand the intense wind resistance encountered at high descent velocities. You also need a helmet and parachute to help ensure safety while wingsuit flying.

Pages Related to What is Wingsuit Flying?