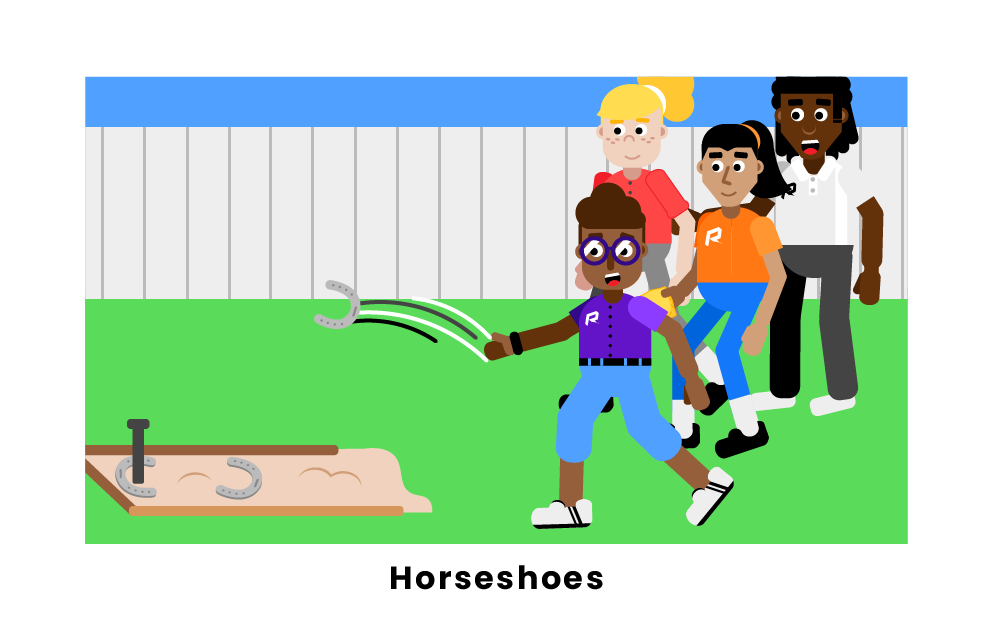 Horseshoes is a 2-4 player lawn game that many people play recreationally, but that can also be played professionally. The goal is to toss a horseshoe and get it to hit or wrap around a stake at the other side of the pitch. Let’s learn all about the details and rules of horseshoes so that you can go out and play it yourself!

Horseshoes can be played by two players or by four on teams of two. No matter which way you play, the setup will be the same. The only part that is different is how you take turns throwing. To set up the game, you should have two stakes about 40 feet apart and two horseshoes per team.

With two players, both competitors will start at the same end of the pitch. They will throw the horseshoe in an attempt to wrap it around the stake. The first player will throw both of their horseshoes first, and then the other competitor will throw theirs. After they have both thrown, points will be counted, and they will switch to throwing from the other direction. This will go back and forth until a winner is declared.

With four players, one player from each team will be on either end of the pitch, so there will be two players on both sides. Starting at one end, one player will first throw all of their shoes, and then the opposing competitor on that same side will throw theirs. After their points are counted, the two players on the other side of the pitch will pick up the horseshoes and take their turn throwing them back toward the stake on the first end. One round of the shoes being thrown in both directions is called an inning. Within an inning, both competitors from each team will have thrown their two shoes. 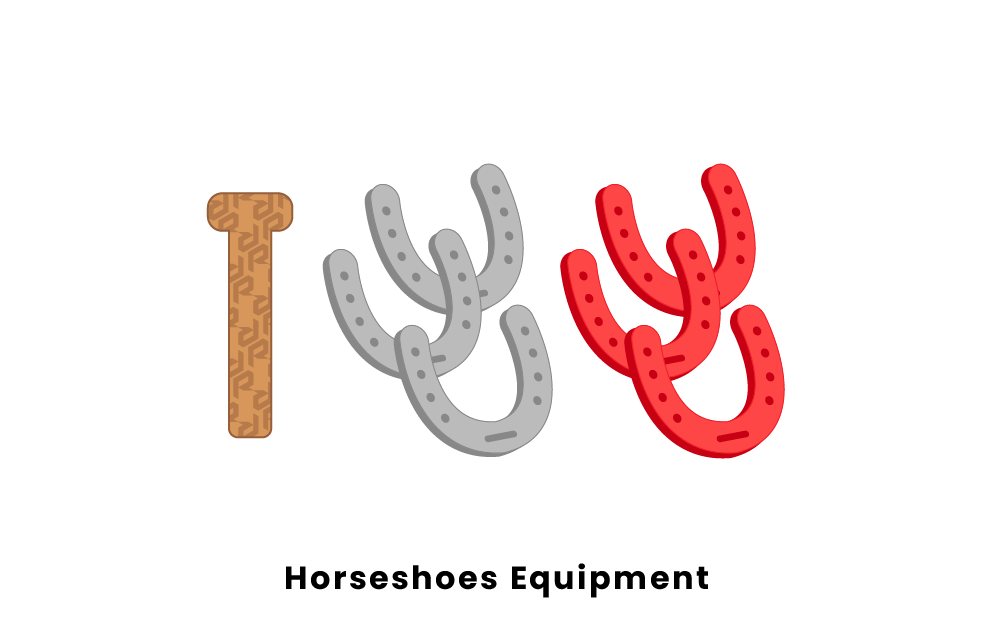 In horseshoes, there are really only a few pieces of equipment. There are two spikes and four horseshoes. These spikes can really be made from anything as long as they are stable enough to not break or fall over when they get hit by a horseshoe. It also can help to have a ruler on hand to measure the distance between the shoes and the stake.

The horseshoe pit where the spike sits should measure from 31-36 inches wide and 43-72 inches long. The stake should be sunk into the middle of the pit, with 15 inches of it above ground.

In horseshoes, there are very few rules that dictate how to play the game. If you are playing just for fun, you don’t need to worry too much about these rules. However, more competition players pay close attention to and highly enforce the rules. These rules include:

When scoring horseshoes, there are two different methods that you can use. The first is called point limit. In point limit scoring, competitors play to a certain score. Most often, this is 40 points. The team to reach 40 points first wins.

The second scoring system is a shoe limit. In this version, you have a limit on how many shoes you throw. Again, this limit is most often 40 shoes. Once all 40 shoes have been thrown, the team with the highest score ones. No matter which version you choose, your throws will be scored the same. After all four shoes have been thrown to one side, the points will be counted. Players often keep track of their score on paper so that they can add up scores.

Throws are scored based on their proximity to the stake. To be considered for points, a horseshoe must be within one horseshoe width away from the stake (usually 6 inches maximum). Here is how the scoring of shoes works:

How far do players stand from the stake in horseshoes?

There are two different throw lines where players can throw shoes from. The first is 37 feet away from the stake and the other is 27 feet. The closer one is meant for younger players who are not as skilled while the further one is for professionals. When playing recreationally, you can decide where you want to throw from as long as everyone can agree on where that spot is!

What is a ringer in horseshoes?

Yes, horseshoes is played professionally around the world! There are a number of professional leagues that host competitions for players to prove they are the best. The World Horseshoe Championship, hosted by the National Horseshoe Pitchers Association, is the largest competition for professionals to compete.

Pages Related to What is Horseshoes?