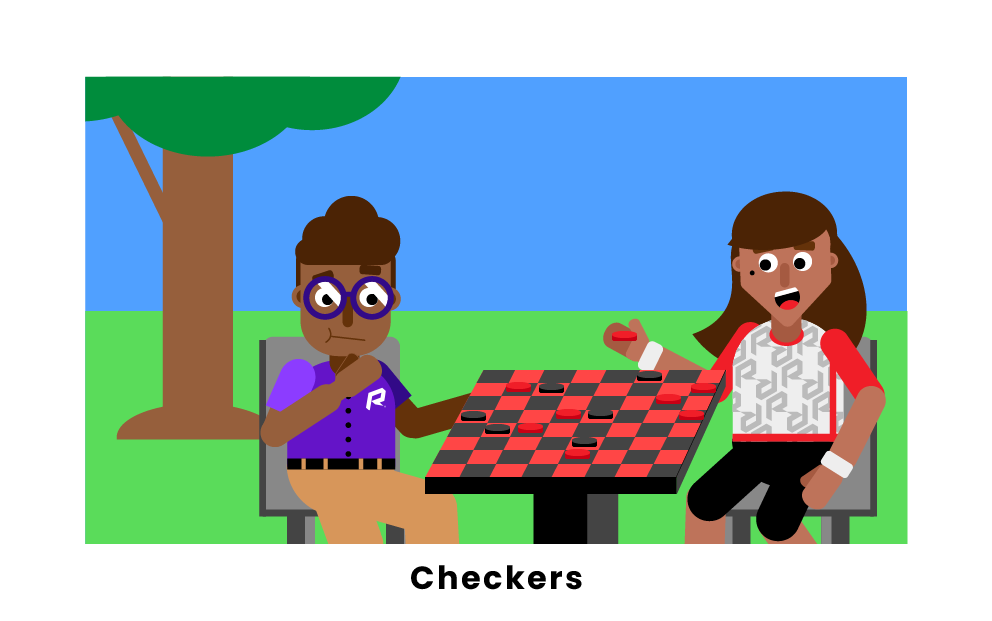 Checkers is a traditional board game played between two people. The board is made up of 64 dark and light squares, with 24 black and white game pieces for gameplay. The goal is to capture all the opponent’s pieces by jumping over them. An advantage is getting your pieces to “king” status. Checkers is known as a more accessible alternative to chess and can be played on the same board.

Known as checkers in America and draughts in Europe, the game dates back to 3000 B.C. but was not modernized until roughly 1100 A.D. A Frenchman is attributed to transitioning the game to a chessboard and giving each player 12 pieces. As the game’s popularity grew, the first men’s checkers championship was held in 1847, with the first women’s championship being held in 1986. The first edition of checkers to be introduced on a computer was in 1952. 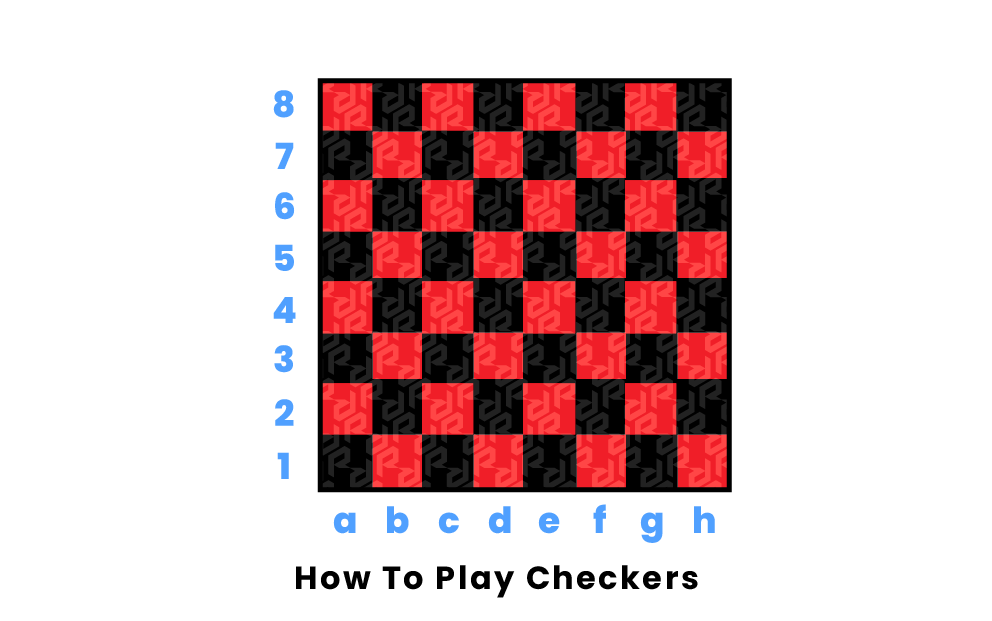 A checkerboard is an 8x8 board with alternating colored squares. These squares are often light and dark so that they are easily differentiable. These boards can be crafted from various materials, the most common being wood and cardboard boards. The 8x8 board can be printed in different sizes, such as a larger configuration for children, or standard sizes for checkers competitions. Each player gets 12 pieces which start on their side of the board. Common colors include black and white, or red and black. All 24 pieces are placed on the darker colored squares. 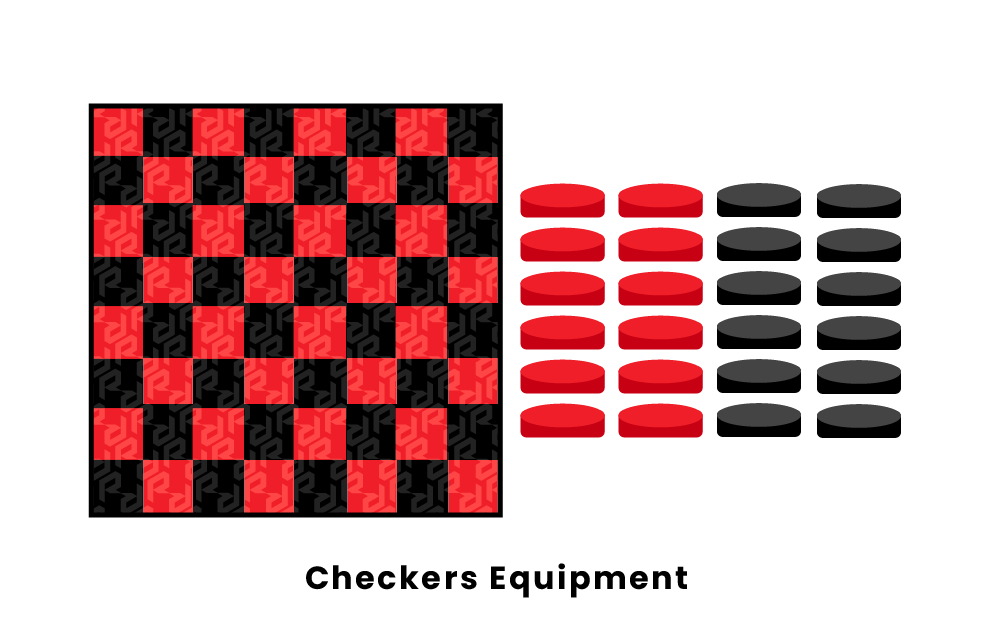 Here is the essential checkers equipment you should have:

The goal of checkers is to capture all of your opponent’s pieces. To start the game, the player with the darker pieces will go first. All of the pieces must stay on the darker squares of the board. In the beginning, players can only move their pieces diagonally one space. To capture a piece, you must jump over an opponent’s piece by two spaces diagonally. When one of your pieces reaches the opponent’s end of the board, it can be crowned a king.

In checkers, you can only move your pieces one space in a forward diagonal direction unless the piece is a king or you are capturing an opponent’s piece. In order to “king” one of your pieces, it has to reach the end of the board on your opponent’s side. After this, the king can move diagonally forward and backward.

Here are the most important checkers rules to know:

There are many strategies in checkers used to gain an advantage over your opponent. Controlling the center of the board is critical because you want to play aggressively and capture pieces. If you stay on the edges of the board, your pieces cannot be captured, but you will have no control of the game. You should also make it a goal to get at least one piece to king status during the game. Checkers is not a game to be played defensively, the goal is to capture your opponent’s pieces.

Here are the most important checkers strategies you should know:

Here is the common lingo and slang in checkers: 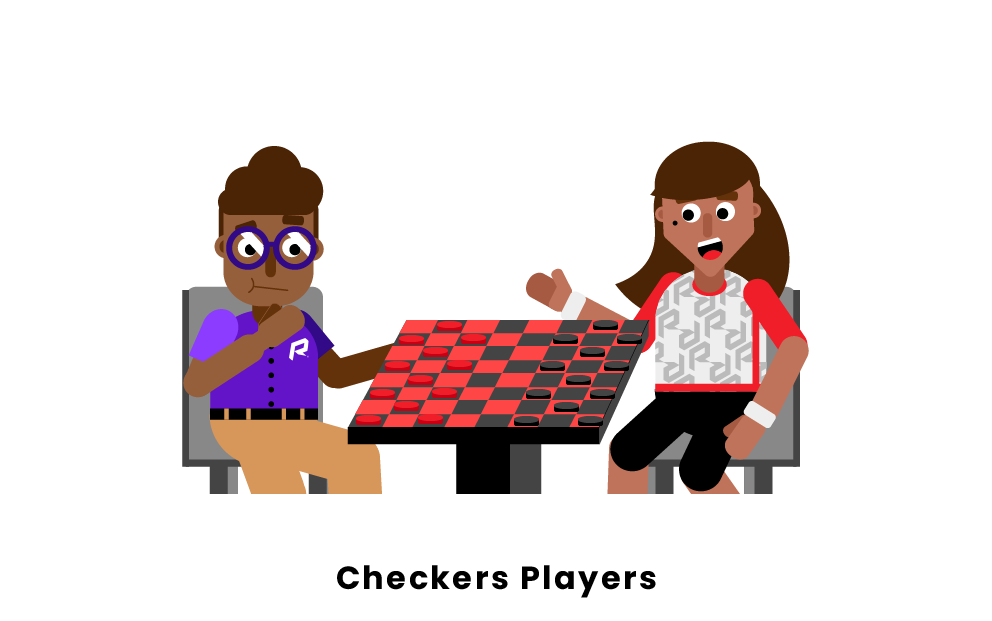 There are many great checkers players worldwide, but many of the top players are from England and the United States. Marion Tinsley is labeled as the greatest checkers player ever, and he was an American mathematician besides an avid checkers player. He was a world champion 8 times, and never lost a championship match during his career. Some call him the DaVinci of checkers.

Here are the most famous checkers players you should know:

There is only one main event in checkers, and that is the world championship. The competition has been around since 1840, with Scottish players dominating the game until the 1930s. The women’s championship was established in 1986. There are two versions of the competition, 3-Move, and GAYP. 3-Move checkers is when the game is started 3 moves in, while Go As You Please (GAYP) is started from the beginning.

Here is the most popular tournament in checkers:

Where do the pieces go on the checkerboard?

All of the pieces go on the dark spaces of the checkerboard.

How do you get a king?

You get a king in checkers by getting one of your pieces all the way to your opponent’s end.

How do you capture a piece?

You capture a piece by jumping over it, there must be a clear space for you to land.

How do you win a game of checkers?

You win a game by capturing all of your opponent’s pieces.

Pages Related to What is Checkers?