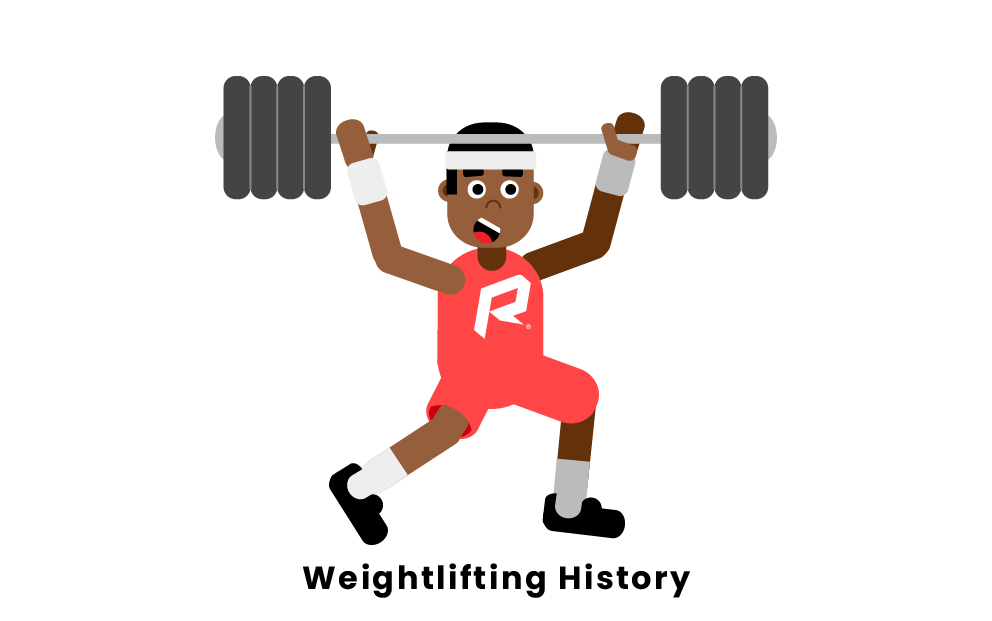 What are the basic rules of Weightlifting?

Competitive weightlifting is a simple sport that is also guided by a few different regulations. First, the lift must be executed in the proper order and with two hands for the entire duration of the lift. Each competitor gets three attempts at the current weight of the bar in order to complete the attempt correctly. Participants are divided up into both age groups and weight classes to balance competition and create fairness among competitors. Proper technique must be used throughout an attempted lift in order for it to be considered a completed motion. A barbell also cannot be dropped from higher than the shoulder after a completed or uncompleted attempt or else this will result in a penalty. Many other regulations and rules guide the sport however competitive weightlifting at its core shows who is able to lift the most weight possible and who is the strongest of the competitors.

The origin of weightlifting cannot be found from one individual region, country, or place. However, a few different places had some of the earliest weightlifters and weightlifting competitions within them. Its earliest beginnings were found to be in places such as Greece, Scotland, Germany, Switzerland, Montenegro, and regions in Spain. Throughout these different countries and regions there is evidence of heavy stone-lifting events and competitions that were the earliest weightlifting events around the globe. The more modern version of weightlifting reappears in some of the same regions including Germany, Russia, and England where strongmen and lifting competitions become popular. International competition began at the turn of the eighteenth century in London and weightlifting spread into the Olympics from the start of the modern games in Athens too.

Similar to how a singular country is not credited with being the origin region of the sport of weightlifting, there is not a singular inventor of it either. The earliest credits of competitive weightlifting can be given to the ancient Greek civilizations as well as Scottish kingdoms where the earliest competitions were held. The modern reincarnation of weightlifting surfaced in the form of strongmen competitions featured in multiple different settings as we referenced above. Strongmen like Eugene Sandow, Arthur Saxon, and Louis Apollon can be considered some of the early pioneers of the sport. They regularly toured with various circuses and travelling shows around their respective countries and regions showing off their great strength. Without their competitions and shows, the sport and idea of weightlifting in a competitive sense would most likely not be as global as it is today.

When was Weightlifting Established?

Weightlifting began in its ancient roots over 2000 years ago tracing back to ancient Chinese and Greek civilizations. There is evidence that Chinese military recruits had to weight lift as far back 300BC to pass physical tests. Besides Chinese civilizations, the Greeks were well known to lift weights and have competitions involving weights around the same time period as the Chinese. Some strongman competitions began to appear in the later stages of the eighteenth century as well as the inclusion of weightlifting in the first modern Olympics in 1896 that set the sport of competitive weightlifting in motion. The early Olympic history of the sport was on and off as it was included in only 2 of the first 5 games until its inclusion for good in 1920.

When did Weightlifting Become Popular?

The sport of competitive weightlifting has been a mainstay in the Olympics game since 1920 and has seen a rise in popularity over this stretch of time as well. The sport has been regularly popular in Europe, the origin region. The rise of weightlifting in the United States however has been much slower. The sport was quite popular in the earlier parts of the twentieth century and multiple Americans won medals in global events like the Olympics. Because popularity of the sport is diminished, America lags behind the world in these competitive events however a rise of athletes like Martha Rogers in recent history (2015-2017) has led to a growth in the sport from the American perspective.

Most Popular Countries that play Weightlifting

These countries have produced the most weightlifting titles for their respective nations and have some of the highest popularity rates in the world for the sport:

The 10 countries that make up this list regularly compete for the title at every global event in weightlifting each and every year and during each Olympic cycle every four years too.