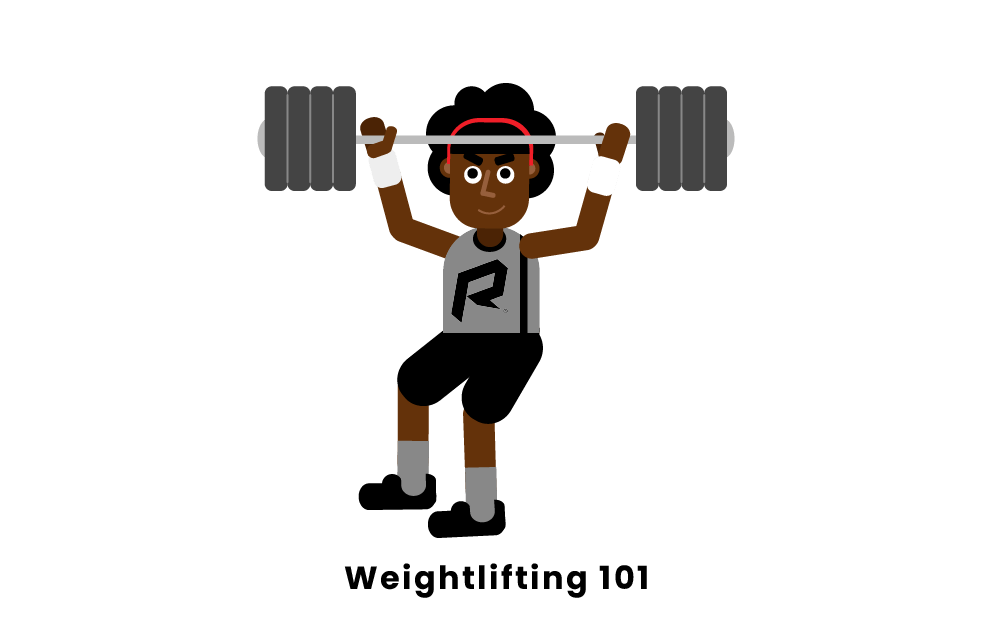 How does Weightlifting work? What are the basic fundamentals of the game? Get ready to learn about Weightlifting 101. You don't need any prior knowledge to start learning.

In weightlifting there is not a high volume of gear needed, however, there are different variations of equipment and they can get expensive. Generally, all athletes need is a platform, a barbell and some weights to add to the barbell. Some athletes may also find it beneficial to wear gloves so that they do not get too many blisters or sores on their hands but these are optional.

In weightlifting athletes, each gets two lifts and three attempts at each lift. Athletes must complete the snatch, the clean, and the jerk all cleanly in order to have a legal lift. They also must complete all of these with two hands. If they do not complete these cleanly they must attempt the lift up to three times until they do. If they are not able to do it within three tries the lift does not count. Other than this there are no penalties unless an athlete is caught doping or using any performance-enhancing drugs. This results in suspension and disqualification.

Positioning in weightlifting is very important and can vary depending on what type of lift you are trying to complete. For example, if you are deadlifting one would position themselves in a squat with their hands parallel to their shoulders on the bar before lifting. Positioning allows athletes to not only be more successful in their lifts but it also keeps them from facing serious injury.

There are many terms to know regarding weightlifting. Here is a list of just a few important ones: