About Water Skiing - An Overview 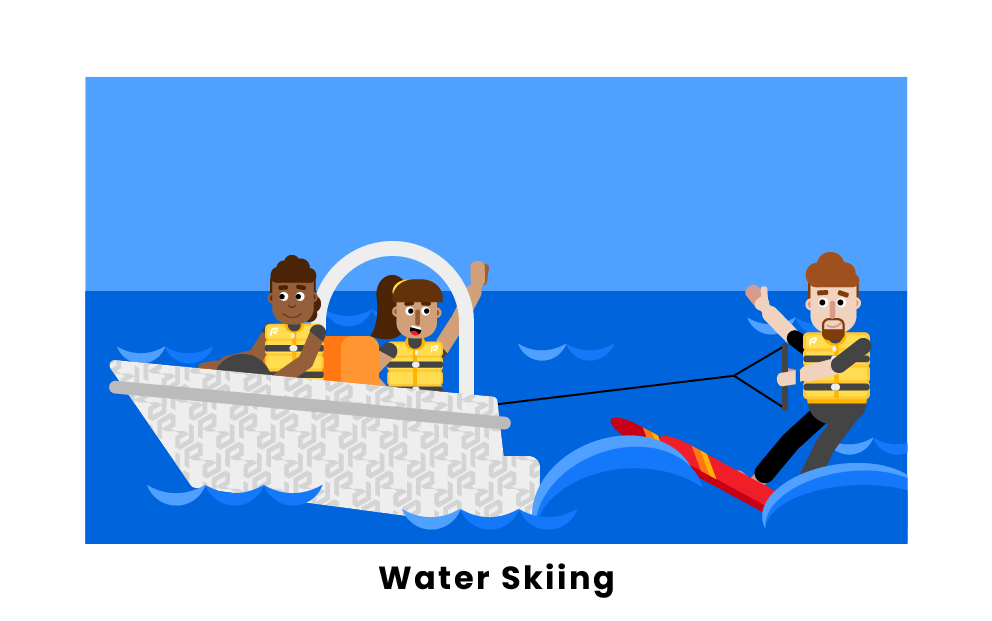 Water skiing is a water sport where an athlete wearing a pair of skis on their feet is towed behind a fast-moving boat. Water skiing can be performed with one ski (referred to as “water slalom”) or with two. Using one ski is generally considered more difficult, and beginners typically start with two skis before progressing to one after gaining experience. Water skiing is most commonly performed in lakes and rivers, where the water is calmer, but it can be performed on the ocean. The sport can also be performed by two or more people holding hands, each with their own skis and cable. Participants normally start out in deep water but can start from dry land.

Water skiing first emerged as a sport in 1922, when it was invented by Ralph and Ben Samuelson, two brothers from the U.S. State of Minnesota. Ralph Samuelson, an experienced aquaplane rider, theorized that water skiing, like snow skiing, would be possible if the skier was pulled at high speeds. The brothers tested their idea on Lake Pepin in Minnesota. Ralph used a pair of boards as skis while his brother pulled him via a clothesline at a speed of 20 mph. The brothers tested more variations on their designs and eventually settled on a pair of skis with curved front tips. Since their tests, water skiing has grown in popularity across the world. It is governed internationally by the International Waterski & Wakeboard Federation (IWWF), which manages the sport, is recognized by the International Olympic Committee, and supervises water skiing events at various multi-sport games, such as the World Games, the Pan Am Games, the Mediterranean Games, and others. Water skiing was performed as a demonstration sport in the 1972 Munich Olympic Games, where it was held on the Baltic Sea.

What is water skiing?

Water skiing is a sport where athletes wearing skis are towed through the water at high speeds behind a boat. Water skiing was invented in 1922 by brothers Ralph and Ben Samuelson and quickly became a popular recreational sport, even earning the distinction of being a demonstration sport in the 1972 Olympics. Water skiing is traditionally practiced on lakes and rivers, but can be practiced in the ocean, and can be performed with one or two skis.

What are the biggest water skiing events in the world?

What equipment do I need to go water skiing safely?

The most important piece of equipment required for water skiing is the skis themselves. Once made of wood, most water skis are now made from lightweight fiberglass or carbon fiber. The binding of the skis securely attaches them to the wearer’s feet and is made to resist rusting. Other important equipment needed for water skiing includes a life preserver, tow ropes, and a towing boat. Towing boats should be equipped with a first aid kit, paddles, and other boating equipment. Water skiers should also wear appropriate water clothing, such as bathing suits or a wetsuit.

Pages Related to About Water Skiing - An Overview