How Long Is A Water Polo Game? 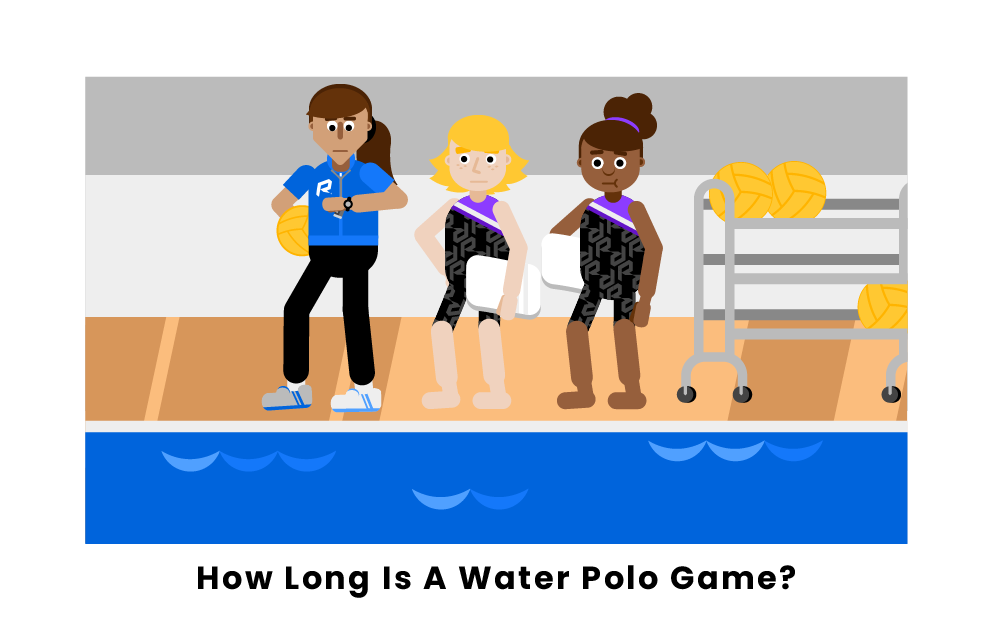 The sport of water polo demands participants to tread water for an extended amount of time, which is a serious test of endurance. How long is a water polo game? Keep reading to find out. 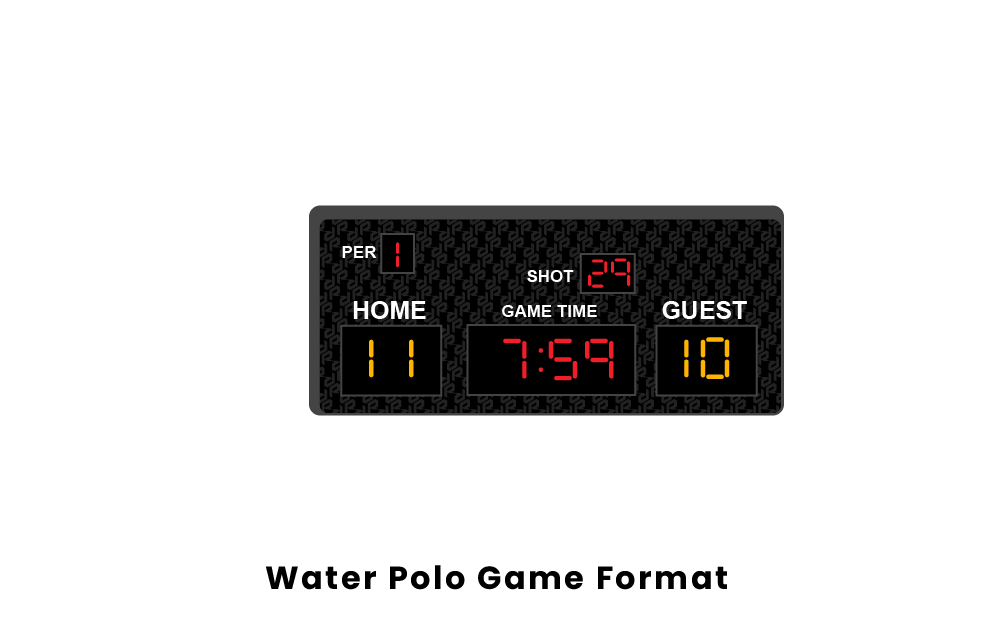 A water polo game is broken down into four quarters, with each quarter lasting eight minutes in total. As a result, a full water polo game has 32 minutes of gameplay. The play clock runs continuously, except in a few different situations. For example, the clock is stopped when a ball goes out of play. Once the ball is returned to a team, the clock will resume. As a result, the average quarter will last about 12 minutes. In addition, water polo teams can call timeouts at any point during the game. These timeouts will last one minute, and each team will have two timeouts to use throughout the game at most levels of the sport. In addition, there will be short breaks in between each quarter. If there is a tie at the end of regulation, a winning team will be determined through a penalty shootout. After considering all of these rules and regulations, it can be concluded that most water polo games last about an hour.

The longest water polo game occurred at the 2011 Pan American Games held in Guadalajara, Mexico. The United States women’s team claimed victory over Canada’s team in the championship. The game had a score of 8 to 8 at the end of regulation. As a result, a penalty shootout had to be implemented to determine a winner. During the shootout, the United States team made 19 of their 20 shots, while the Canadian team only made 18 of their 20 shots. This gave the United States a win by a score of 27 to 26. Normally, penalty shootouts only last for five shots from each team, but these teams were so accurate that the shootout had to be extended for three extra rounds.

Variations in the Length of a Water Polo Game

For the most part, a water polo game is the same length of time at all levels of competition, from youth to Olympic play. All levels of water polo will include four quarters that last eight minutes each. However, there is some variation in play with the number of timeouts a team receives or how overtime is conducted. At the NCAA level, each team gets three timeouts to use throughout the game. At FINA-regulated water polo games, each team gets two timeouts. In regards to overtime, college water polo games will begin with a 3-minute overtime period. If the score is still tied, another 3-minute overtime period will be played. At the Olympic level, a tie at the end of regulation leads to a penalty shootout where five players from each team attempt to score a goal.

High school water polo games will last around 50 minutes in total. It is common for high school water polo leagues to have game formats of four quarters that each last seven minutes. Typically, quarters will last closer to 11 minutes since the game clock stops whenever the ball goes out of the pool. In between each quarter, there is a two-minute break. There is also the option for timeouts to be called or a penalty shootout to occur if the game is tied after regulation, which can lengthen the game even further.

How long is a quarter in water polo?

The length of a quarter in water polo will vary between different leagues and levels of competition. In some high school leagues, a quarter will be seven minutes long. At the Olympic level, a quarter will be eight minutes long. Regardless of the league or level of competition, quarters will last longer due to clock stoppage when the ball goes out of the pool. As a result, each quarter can take around 11 to 12 minutes of real-time to complete.

How long is an Olympic water polo game?

An Olympic water polo game is broken down into four quarters, with each quarter being eight minutes long. However, most quarters will last around 12 minutes since the game clock stops whenever the ball goes out of the pool. In between each quarter, there is a two-minute break. In overtime, players compete in a shootout to determine a winner. With all of these elements considered, an Olympic water polo game will normally last about an hour.

Pages Related to How Long Is A Water Polo Game?