How Does Scoring Work In Water Polo? 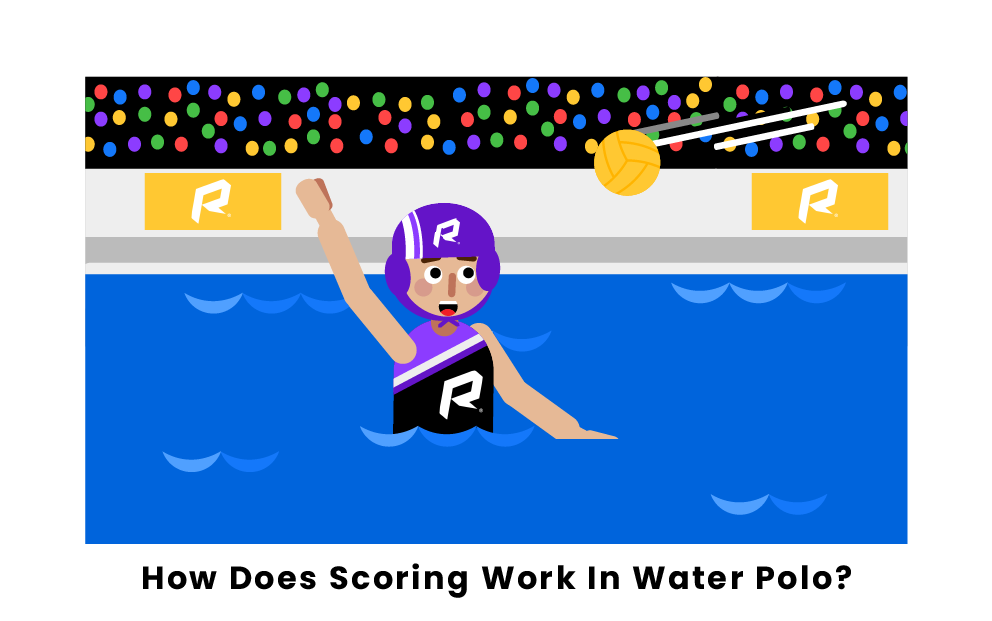 In water polo, teams score goals by throwing the water polo ball into the opposing team’s goal. The shot only counts as a goal if the ball completely crosses the goal line.

Even if the ball is tipped off of the goalie or in the goalie's hands, it is still considered a goal if the entirety of the water polo ball crosses the goal line. The ball is out of bounds if it goes outside or around the goal. The goal line extends from goal post to goal post, parallel to the crossbar at the top of the goal. Every goal is worth one point, whether it is a regular goal or a penalty shot.

During a water polo game, a team has 35 seconds to either shoot or score the ball. If they don’t shoot the ball or score, then it is ruled a shot clock violation and the ball is turned over. If the team shoots and the ball bounces off of the goal and back into possession of the same team, then the shot clock resets.

A penalty shot is a free shot into the goal from the 5-meter line and, similar to penalty shots in soccer, every made penalty shot in water polo is worth one point. The goalie can defend the goal, but no field player may be near the shooter. Penalty shots are usually awarded due to the following fouls:

Penalty shots are taken directly after the referee’s signal, which consists of the referee blowing their whistle and lowering their arm. When taking penalty shots, the shooter must make one uninterrupted shot at the goal, with only the goalkeeper standing in their way. These shots are taken from the five-meter line, and cannot involve any form of juking or faking shots. If not done in a continuous motion, the shot is forfeited and possession is turned over to the other team.

The overtime rules in water polo are slightly different between NCAA and international competitions. Overtime is required for games that end regulation time in a tie, unless games are permitted to end in a draw. For NCAA governed water polo matches, overtime is conducted in two three-minute periods. Teams play the full duration of this time regardless of how many goals are scored. If the score is still tied after the two overtime periods, additional sudden-death periods will be added, lasting three minutes each. The first team to score during the sudden-death period is declared the winner.

For international water polo matches, there are also two three-minute periods added for overtime. The difference from NCAA matches is that if the score remains tied after the two extra periods, a penalty shoot out is used to decide the winner. For a penalty shootout, each team selects five players to shoot a single shot against the opposing goalie. The team that makes the most shots is declared the winner. If both teams make the same number of shots in the shootout, a second round is played. Players from each team alternate shooting penalty shots until one team makes a shot and the other misses. The first team to score while their opponent misses is the winner.

What is the goal line in water polo?

How many points are goals worth in water polo?

What are common shots in water polo?

Common shots in water polo include the power shot, sidearm shot, skip shot, and lob shot. For each of these shots, the attacker is upright in the water, sometimes even propelling themselves out of the water up to their hips, to get more power and accuracy on their shot.

What is a penalty shot in water polo?

Pages Related to How Does Scoring Work In Water Polo?