Where Is Volleyball Most Popular? 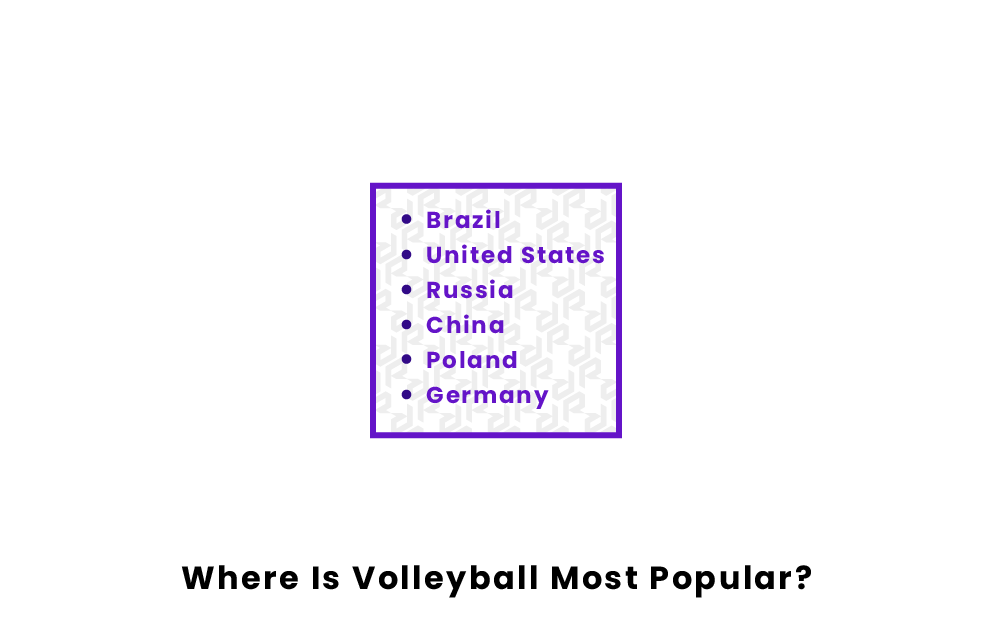 Volleyball is one of the world’s most popular sports to watch and play. It is estimated that the sport has approximately 900 million followers, thanks to its large following at the Summer Olympic Games. While many countries around the globe enjoy volleyball, a few stand out from the rest.

Volleyball is most popular in Brazil. The sport is widely played among both males and females throughout the country. There are plenty of places to play volleyball in Brazil, from the countless indoor courts to the many beautiful beaches along the coasts. At the professional level, the men’s and women’s teams are notorious for often being the top in the world. The men’s national team is regularly ranked number one by the FIVB (Fédération Internationale de Volleyball), while the women’s national team also is frequently ranked within the top few spots. The men’s team boasts many accolades, including three Olympic gold medals, three World Cup Championships, and three FIVB World Championships. The women’s team has earned two Olympic gold medals and three second-place finishes at the World Cup and World Championship.

Russia has been known to have a strong passion for volleyball. The country is notorious for its historical professional volleyball league, which originated as the Soviet Top League in 1933 and later became the Russian Volleyball Super League in 1992. The league consists of 14 teams that boast the top players from Russia and several other countries worldwide. The Russian men’s national volleyball team has experienced much success at the international level, including four Olympic gold medals, six golds at the FIVB World Championship, and six World Cup championships. The women’s national team has also won four Olympic gold medals as the Soviet Union.

Similar to Russia, Poland is known to have an established professional volleyball league. PlusLiga includes 14 teams of the top male players in the country who compete for the Polish Championship each year. There are two other cup competitions in Poland each year, including the Polish Cup and the Polish SuperCup. The TAURON Liga is the country’s top professional women’s volleyball league, which is smaller in scale compared to the PlusLiga.

The men’s national volleyball team has been fairly successful over the years, winning the gold medal at the Olympic Games once along with three gold medals at the World Championship. The team also consistently ranks highly on the FIVB Senior World Rankings. The women’s national team has not been quite as successful as the men’s team, earning the bronze medal twice at the Olympics.

Germany has proven to be a top country for volleyball, mainly because of its recent dominance on the beach. The men’s national beach volleyball team took down Brazil for the gold medal in the 2012 Olympic Games, while the women’s team also took down Brazil for the gold at the 2016 Olympics. Both men’s and women’s beach teams have also taken home several medals at the World Championship.

Pages Related to Where Is Volleyball Most Popular?