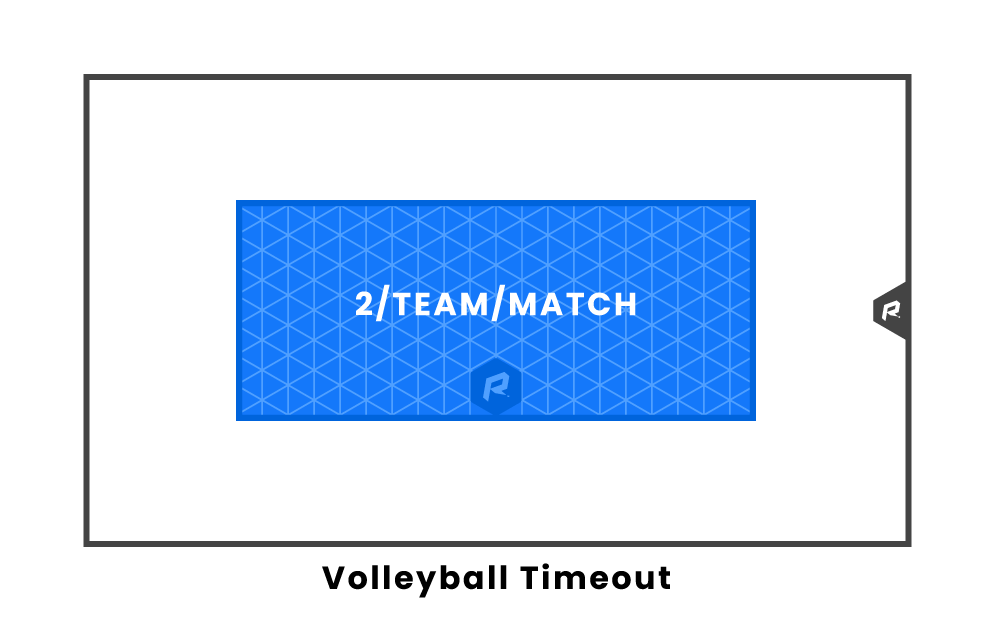 During the game, coaches are allowed to request breaks called timeouts. These timeouts can prove crucial to game strategy, as they allow players to catch their breath and regroup. Read on to learn more about timeouts in volleyball, the rules surrounding them, and how they affect a game of volleyball.

In between sets, teams are allowed three minutes to switch sides and prepare for the next set. This is called a game interval. The coach must submit their lineup for the next set during this period. Other than submitting a lineup, intervals function similar to timeouts as they allow players to rehydrate and discuss game plans.

If any team takes too long or interrupts gameplay, they may be charged with a violation by the referee for a game delay. This begins as a warning, then turns into a penalty on any future offenses. Delays can include taking too long to serve, not giving the ball back after a point, or anything that makes the game longer and throws off another team’s rhythm.

If a player gets hurt during the game, the referee stops the game until the player is helped. Team’s are not charged with a timeout or delay of game penalty under this circumstance. Depending on how severe the injury is, injury delays may take a long time. An injured player is allowed to be substituted off, although it will count towards a team’s substitution limit. 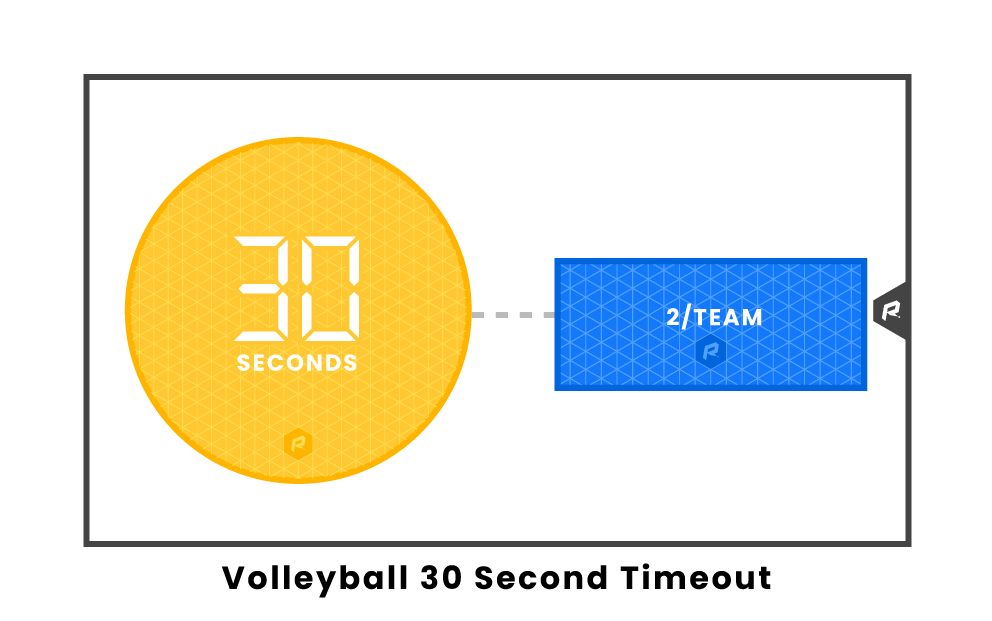 Each team is allowed two timeouts that are thirty seconds long. Coaches and players can call timeouts during the game. These are often used as brief breaks to allow players to rehydrate, quickly go over a game plan, or break the other team’s momentum. 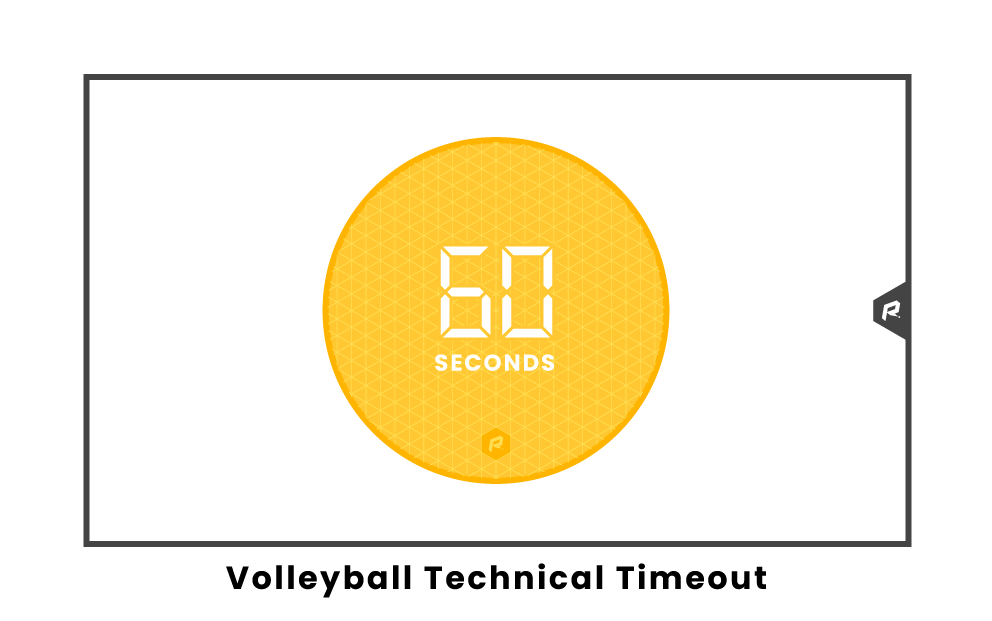 A technical timeout is a minute-long timeout called by a referee. It is typically called when the leading team reaches eight and sixteen points during each set. These timeouts are typically only used at collegiate and professional levels. There are no technical timeouts during the fifth set or any other tiebreaking set.

How many timeouts is a team allowed per game in volleyball?

In each volleyball game, teams are typically allowed two timeouts. These timeouts are around 30 seconds long and do not include technical timeouts or injury timeouts.

How long is a timeout in volleyball?

In volleyball, most timeouts are 30 seconds long. These include any timeouts taken by coaches during a game. Technical timeouts, which are usually only used at collegiate and professional levels, are around 60-seconds in length.

What is a technical timeout in volleyball?