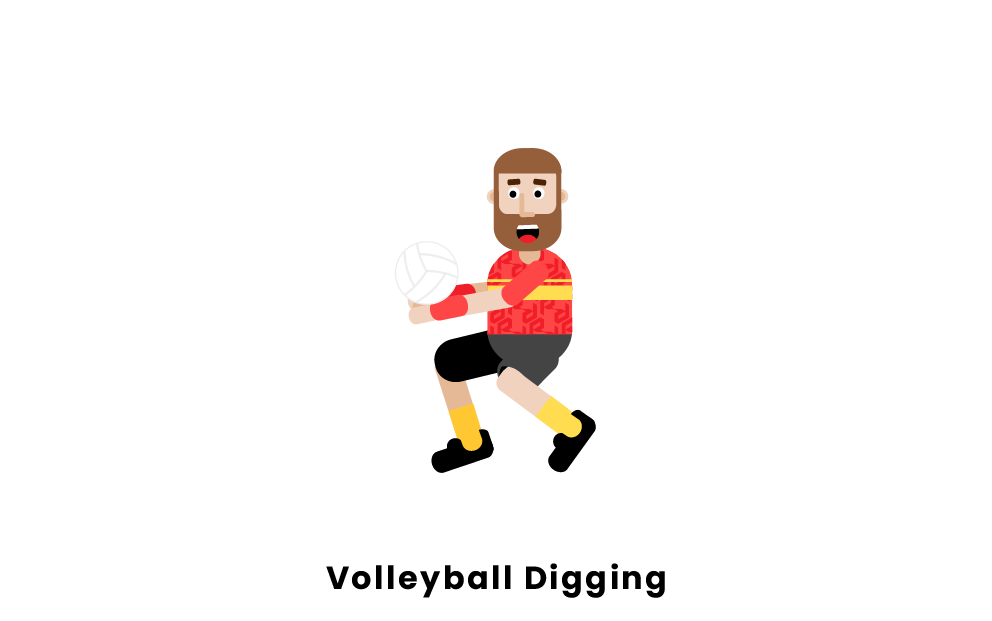 Digging is an essential skill in volleyball that involves fielding balls that are about to hit the court. These digs are an essential way for volleyball players to defend their side of the court, and failure to execute digs properly can prove catastrophic for a volleyball team. Read on to learn more about digging in volleyball, and what role it plays in the game of volleyball.

Location on the Court

A key to successful digging is first being in the best position possible on the court. Players must watch the setter and hitter on the other side of the court to best prepare for when the ball is sent over the net. Passers should face the hitter, with the midline of their body lined up with the hitters swinging shoulder. With this starting position, it will be easier for the player to reach the ball if it moves in a different direction. Experienced players will have a strong ability to watch the hitter’s body position and the set given to them to determine exactly where the ball is going to move once it gets to the other side of the net.

In order to make the most effective dig, players will place themselves not only in certain positions on the court, but also in certain body positions. Their knees should be bent, with their arms in front of them with elbows bent. Their weight will be balanced equally on each foot, ready to move in any direction. Their feet will be wider than shoulder width apart, giving them good balance in their dig.

When a player digs, they will most often use their platform, which is the term for when players reach out their arms and do a bump pass. The surface that their arms create is this platform. Players should be ready to form their platform at any time, but should have the arms apart in their ready stances so that they can move properly if they need to run to the ball.

There are two key aspects to using the platform. First, players must remember not to swing at the ball with their arms. Instead, they should be more of a surface for the ball to bounce off of. Second, players have to angle their platforms to redirect the ball to their setter. This way, the angle of the platform moves the ball, and not the movement of the passer. This avoids any shanked passes, which are digs that hit the player and then deflect off to the sides of the court. If a player is moving their platform while they try to pass, rather than angling it without moving, this can happen.

Players can also dig using their hands. This is called an overhead pass. Players prefer to use their platforms as this provides more control, but if the ball is too high over their head, they will have to use their hands. The hand positioning is very similar to that of a set.

Diving and Getting Back Up

Diving is often necessary for passers if they are too far away from the ball to get to it on their feet. Important to diving is getting to the ball first before falling to the floor. The player will reach their platform as far as they can, pass the ball, and then fall to the floor. In order to prevent a painful fall, passers must stay low to the ground and dive parallel to the floor. They must also keep their chin up, and follow through with a forward movement. This way, they keep moving forward through their dive, instead of falling flat to the floor.

A pancake is a certain kind of dive that allows the player to touch the ball right before it reaches the floor. The passer will dive and place their hand flat on the ground underneath the ball. This way, when the ball lands, it bounces off their hand and back up into the air. This counts as one of three touches for the team. Often, it is hard to tell if the ball has been touched or not, so the player will call “ball’s up” if they have made a successful pancake.

After diving, passers must get back up as quickly as possible to put themselves back in play. The most common way of getting back up from a dive is a roll. After passing the ball and hitting the ground, players will roll either over their shoulder or over their side in order to continue their falling movement. In doing this, they keep their momentum and it helps them get back up. 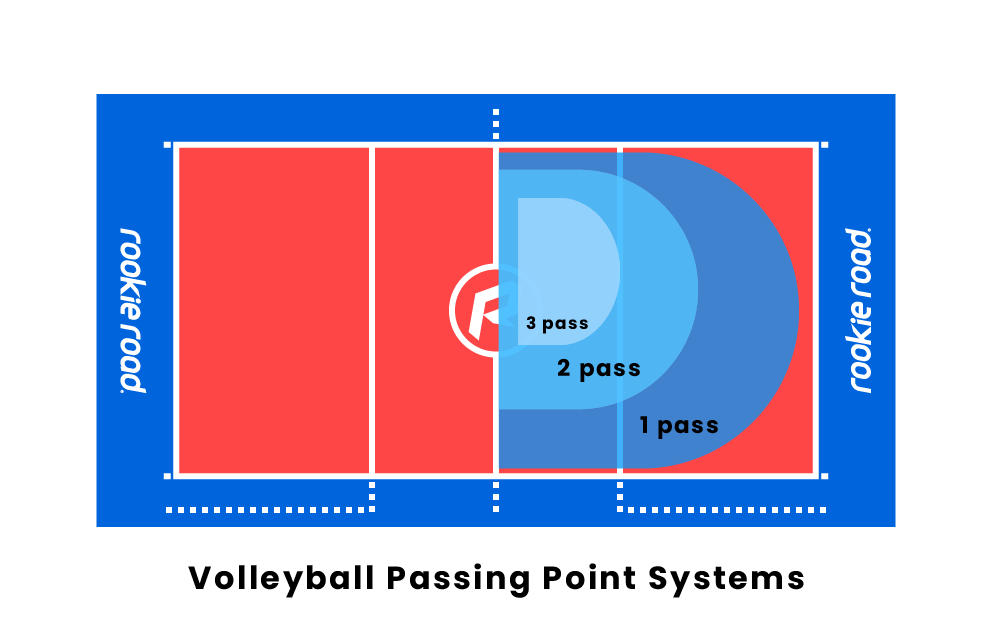 Players have a point system that they assign to certain passes on the court. They number from zero to three depending on where the passes go on the court. A zero pass is a pass that is unable to be reached by the setter in order to set a front row hitter. In this case, the ball is shanked, the setter has to ask another player for help, or the setter can only set to a back row player.

A one pass means that the pass makes it so the setter only has one option for where to set the ball.

What is a dig in volleyball?

In volleyball, a dig is when a defensive player makes a pass on the opposing team’s attack or serve. Digs usually occur on hard hit balls and require the defender to pass from a low ready position. These passes can range from full diving pancakes to routine receptions.

What are the different types of digs in volleyball?

There are a few different types of digs in volleyball, while some can be combined in one action. Standard digs are the most common and easiest to perform. This type of dig involves the defender bending their knees and platform passing on a spike or serve. Diving digs occur when a player must dive to reach a ball. Pancakes are the most difficult type of dig and are performed by placing one’s hand flat on the ground where the ball is about to hit. This will cause the ball to pop up into the air.

How do you perform a dig in volleyball?

In order to perform a dig in volleyball, it is important to first try and anticipate where the hit is coming from. This will allow you to be able to move easier in whichever direction the ball is hit. When getting into position, bend your knees and try to be as low as possible. Make sure that your arms are extended out and ready to reach for any balls that are landing in front of you. Once a ball is coming towards you, use your arms as a platform for the ball to bounce off of as opposed to swinging your arms.