At all times during a volleyball game, one team is on offense and the other team is on defense. In this tutorial, we'll learn what it means to be on defense. 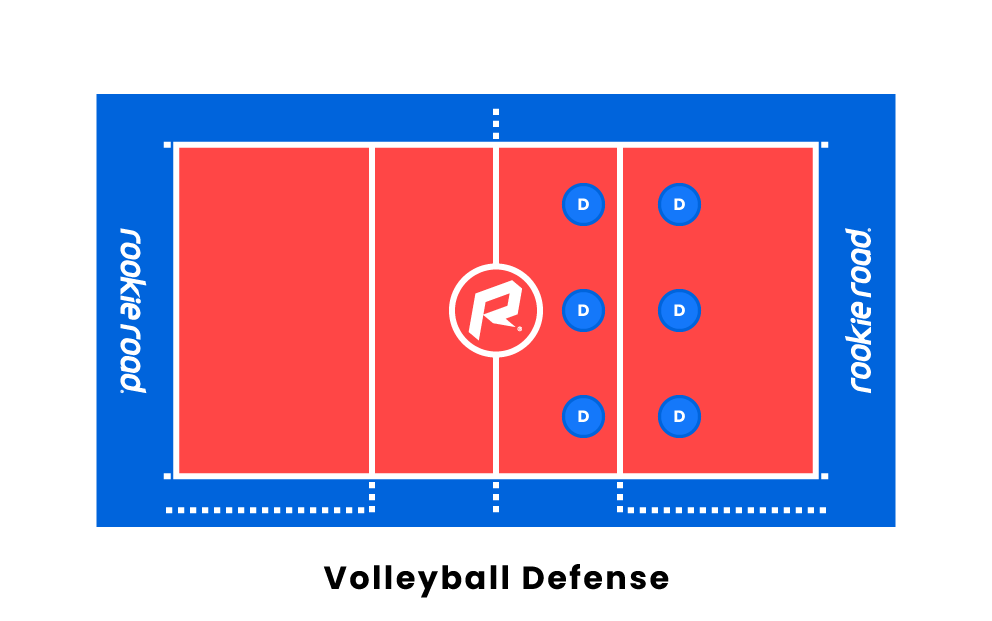 The team that does not have the ball on their side of the net is on defense. Players on defense are called defensive players.

The defense is considered the team without the ball, any hits made to stop the ball from hitting the ground are considered defensive plays.

Goals While On Defense

The goals of a volleyball team while on offense are:

In volleyball, teams are constantly trading ownership of the ball. So each time the ball goes over the net, teams are switching from being on offense to being on defense.