What Are The Rules Of Volleyball? 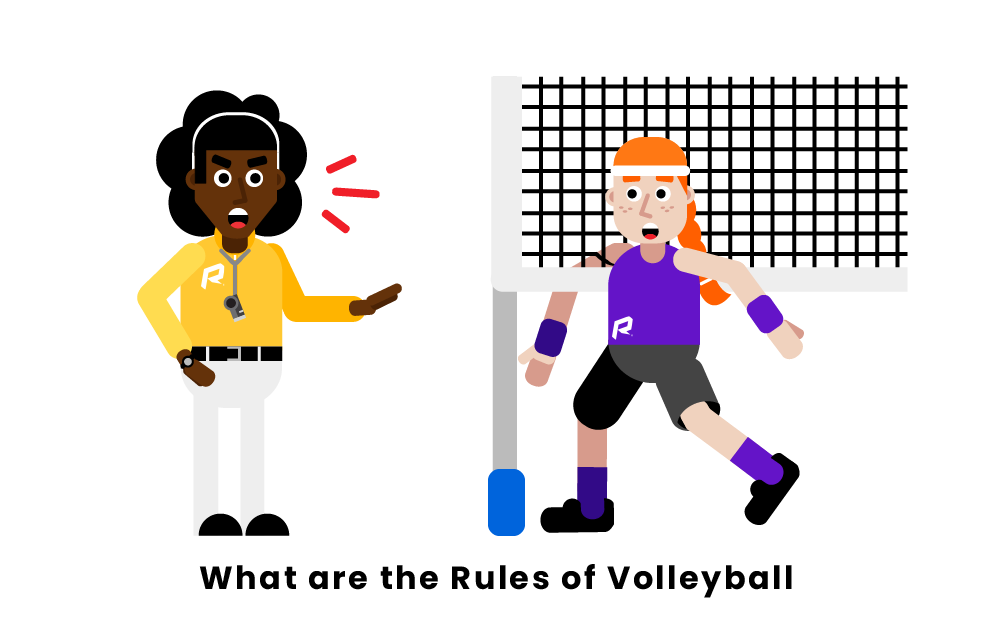 The game of volleyball has been around since 1895 and has taken on many forms and varieties since its establishment. The game evolved over time and was first introduced at the Olympic Games in 1964. This kind of volleyball is played on a sports court and indoors.

The main objective of volleyball is to hit a ball over a raised net that divides the court into two equal halves by using your hands. The goal is to either make the ball land on the ground in your opponent’s half of the court or make the ball impossible for the other team to return to your side. The opposing team is then tasked with making sure the ball does not hit the floor and sending it back over the net. This then creates a continuous cycle of play called rallying.

There are several basic rules that are implemented in the game of volleyball. One of the most important rules in volleyball to follow is that each team can only touch the ball a total of three times before the ball needs to be sent back over the net. No one player is allowed to hit the ball twice in a row, but they can hit the ball twice in one set of three touches if hitting it on the first and third touch. If a blocker comes into contact with the ball while blocking, the touch off of the block doesn’t count as one of the touches. The team must work together to send the ball back over the net on the third touch at most. Once the ball is sent back over the net, the opposing team can play defense to get the ball up and hit it a maximum of three times before sending it back over to continue the rally.

Another rule of volleyball is that each team must consist of six players on the court at all times. Every team may have more than six players on their roster up to the indicated roster capacity, and the additional players will sit on the bench until they are called on to enter the game. Depending on the level of play, the teams will be allowed to substitute bench players for players on the court a total of six or 12 times during an individual set. This number of substitutes will reset for the subsequent set. Athletes can be substituted at any time and multiple players can be substituted at once. Players that are substituted for can return to the game, but only in place of the player that substituted for them.

Libero substitutions are separate from the group substitutions, as the libero can substitute in and out on every play for any player without substitution restriction. The only restriction to the libero is that they must sit out for one point if they are in place of one player and want to switch to be in place for another player.

Both teams are required to have six players on the court at a time and substitutes can be made throughout the game. Players will hold a position in the front attacking zone at the net or the back defense zone on the baseline. There are three players in each zone at a time, and they rotate clockwise after winning possession of the ball back from the other team and a new server is up. 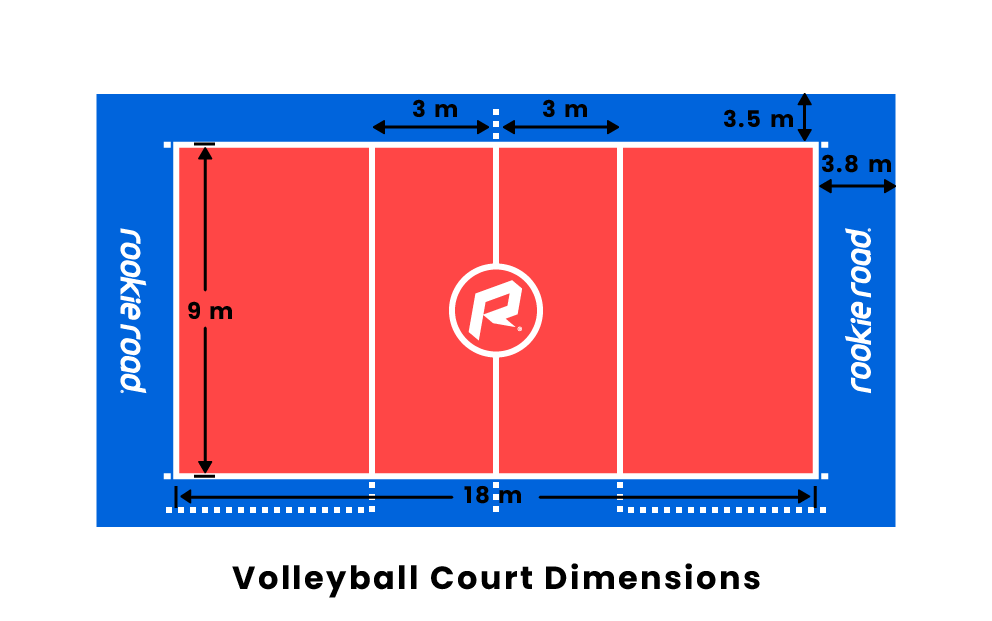 The indoor court itself measures 18m x 9m and is often made of hardwood, sport court, or clay. There are lines around the edge of the court to indicate in bounds versus out of bounds. The raised net itself also measures as 7ft 11in for men and 7ft 4in for women. The is also approximately 8in in diameter and weighs about 9 ounces.

Indoor volleyball is typically played using the rally scoring method. With this method, teams will receive a point at the end of every rally regardless of whether or not they served the ball. This game is played to the best three out of five sets. The first four sets are played to 25 points and the fifth set is played to 15 points. Each set has to be won by a two point margin of victory.

Teams can score a point by placing the ball in bounds on the opponent's side of the court. You will also receive a point when your opponent fails to return the ball over the net, hits the ball into the net, or hits the ball out of bounds. Points can also be scored with the success or failure of a serve.

There are several penalty violations that a player can commit during a volleyball game. Generally, players are not allowed to violate any of the basic rules of the game without receiving a penalty. Some of the key actions that will result in a penalty are as follows:

How does scoring work in volleyball?

Most indoor volleyball matches use the rally scoring method. Essentially, a team will get a point when the opposing team fails to return the ball over the net, puts the ball out of bounds, commits a rule violation, or has a service error. Matches are played to the best three out of five sets. The first four sets are played to 25 points, while the fifth set is played to 15 points. Teams have to win by a two-point margin of victory.

What equipment do I need to play volleyball?

Volleyball has a few pieces of equipment that are necessary for playing. A volleyball ball and net are the two most necessary pieces of equipment. Every team is required to have a uniform that includes multiple different colored jerseys (at least one different color for the libero), spandex or shorts, socks, and shoes. Competitive volleyball players sometimes wear knee pads and shoes that are made specifically for playing volleyball.

How many players are there on a volleyball team?

Indoor volleyball consists of six players on each side of the court during a game. The size of a volleyball team can vary, as you can have many people on your bench that can substitute for the six players in the game. There are limits to the number of players that can be on your team roster that are eligible to substitute for their teammates. Each player is usually an expert in one position on the court compared to beach volleyball where players must be experts in every skill.

Pages Related to What Are The Rules Of Volleyball?