What are the rules of sitting volleyball? 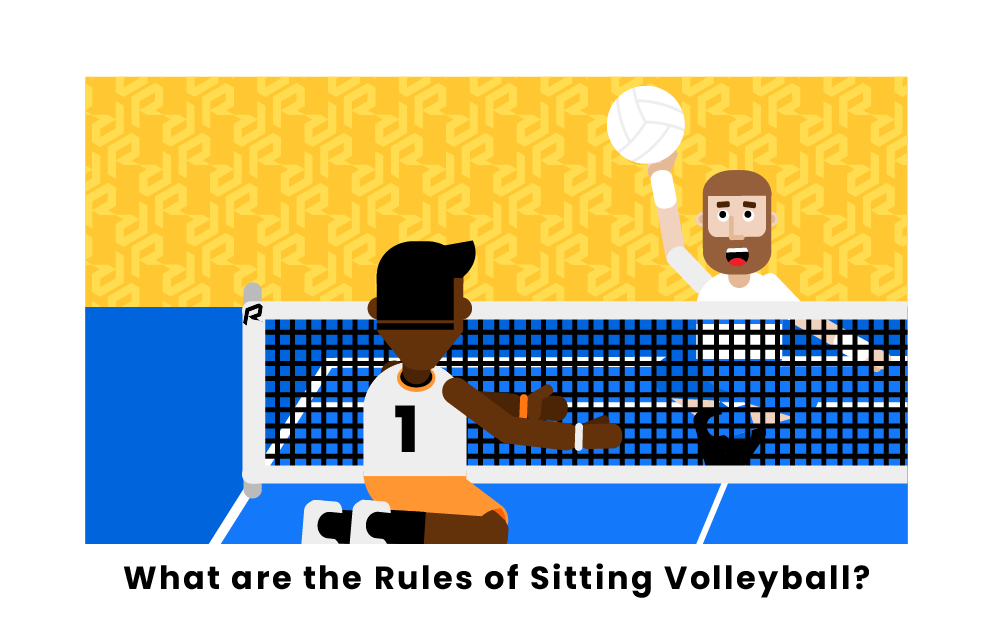 Sitting volleyball is a version of volleyball that was invented in the Netherlands in 1956. The game was introduced in the Paralympic Games in Toronto in 1976. Since its introduction, it has become a widely competitive sport and is popular in over 60 countries around the world.

Similar to standing volleyball, the ball must be touched a maximum of three times before being sent over the net. The team can score points by sending the ball on to the other team’s half of the court in a way that is impossible to return. Blocking and serving are standard aspects of the game that are slightly altered for sitting volleyball.

If a front row player is hitting or attacking the ball, the pelvis of the player in the front zone must be touching the ground. They can not lift themselves into the air to perform the hit. Players in the defensive zone are allowed to attack the ball in a different way. These players are allowed to send the ball back over the net or spike it from whatever height above the net that they desire as long as they are behind the attacking zone line. Specifically, their pelvis cannot be over or on the attacking zone line while contacting the ball to send over the net from the back row. After the player hits the ball, they may cross over to the attacking zone.

Players on defense that are making any defensive plays must be touching the ground in some way with any part of the body between the pelvis and the shoulders. If players in the back half of the court are attempting to save the ball, these players may lose contact with the ground for a short period of time. However, the players are not allowed to stand, lift their body up, or take any steps.

Since this game involves being low to the ground and having your pelvis on the ground most of the time, the net is also fairly low to the ground. Because of this, there is less risk of injury when players are accidentally going under the net to the opponent’s half of the court as no player is allowed to jump at the net. Contact with the feet or legs of the opposing team on their side of the court is therefore allowed, as long the action is not interfering with the play at hand. Players can also contact the hands of their opponent if part of their hand is either touching the central line or is right above it.

Sitting volleyball can be played by players with or without physical disabilities. Players without any disability are required to use no part of their body below the pelvis during play. There are two degrees of disabilities that are classified in the game: minimum disability and disabled. Minimum disability (MD) classification is given to players that have an impairment that prevents them from being able to play standing volleyball. Disabled (D) classification is given to those with a more severe impairment that impacts their playing abilities.

There are six players allowed on the court for each team at once. The team itself can hold a roster of up to 12 people. The remaining six players on the bench will have the opportunity to substitute in for the other players. A libero is also allowed to be substituted in and may not make any attacking hits from the defensive zone.

The sitting volleyball court is a rectangular shape separated into two equal halves that have the measurements of 5m x 6m. The court is separated by a net that players send the ball back and forth over. The net is low, nearly touching the ground. The men’s net height is 1.15m and the height for women is 1.05m. The ball is the same as the standard ball used in standing volleyball with a weight of about 9-10 ounces.

Each team is required to have a uniform consisting of matching shirts and shorts. For the libero of the team, a different color shirt must be worn. For fully able players, knee pads and volleyball shoes are allowed.

This game is played to the best three out of five sets. The first four sets must be played to 25 points, while the fifth set is played to 15 points. In any given set, a team must win by a two-point margin of victory. The winner is declared as the first team to win three sets.

Can you have a libero in sitting volleyball?

Each team in sitting volleyball is allowed to have a defensive specialist called the libero. This player is responsible for making sure that no balls drop in any part of the court. They are required to stay in the defensive end of the court and may not move to the front row. They are also not allowed to make any attacking hits. They are differentiated by wearing a different color jersey from the rest of the team.

Who is eligible to play sitting volleyball?

What are the rules for serving in sitting volleyball?

What happens if you lose contact with the ground in sitting volleyball?

Players are required to remain in contact with the ground. Failure to do so will result in a loss of point and service. If a player is attacking from the front row near the net, they can not lose contact from the ground with their pelvis. If a player is playing defense in the back row, they must remain in contact with the ground with one part of their body from their pelvis to the shoulder. Exceptions are made when players are trying to save the ball, in which case they are allowed to briefly leave the ground. Players can also briefly leave the ground when attacking the ball from behind the attacking line.

Pages Related to What are the rules of sitting volleyball?