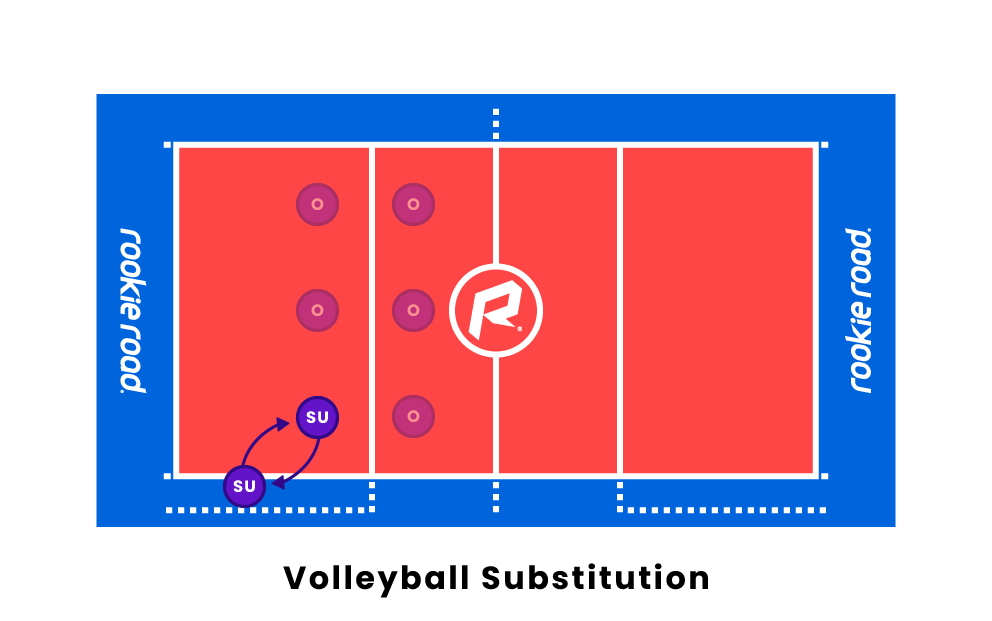 We’ve learned that volleyball is a 6-on-6 sport, meaning there are six players on the court for each team at all times. Since volleyball games aren’t timed, sets can run long and players can get tired, so it makes sense that the same six don’t play the whole game. They are substituted out. In this tutorial, we will learn about player substitutions and the rules that apply to them in volleyball.

Substituting is the act of replacing one or more players of a team on the court, with players from the benches, located behind the sidelines. These players have to be on the team roster and noted on the score sheet. When a player is going in for a substitution, they must wait on the sideline between the centerline and attack line. Once both players have met on the sideline, they must wait for the referee and scorers table to allow the substitution to take place.

When Does Substitution Happen in Volleyball? 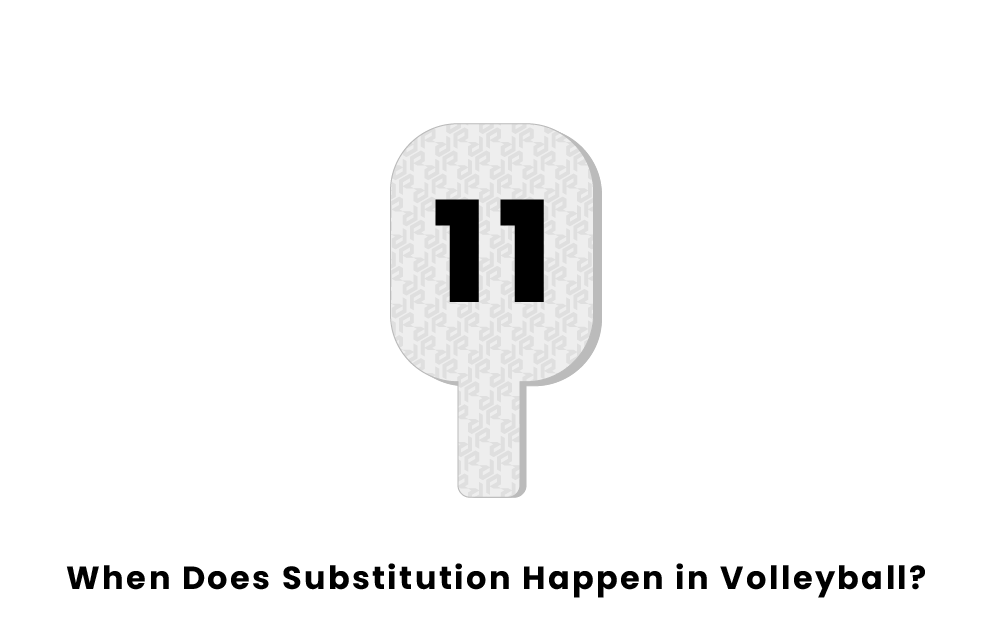 Coaches must request a substitution, which is approved by the second referee. Substitutions must take place in the substitution zone. Each team is typically allowed six substitutions per set, but each league has its own rules for the exact number.

You may see players holding paddles with numbers during substitution; these are often used by incoming players to tell players on the court who they are replacing.

How Often Can A Volleyball Team Make Substitutions?

Players are allowed to leave and re-enter the game once during each set. When a player comes back into the game, they have to return to their original position. If this rule is not followed, it is considered an illegal substitution.

Exceptions are made for when a player is injured. In this case, the player should be substituted legally. If not, any player, except the libero, can fill the spot of the injured player.

Replacing the Libero player is not considered a substitution, so it is not counted in the allotted amount per game and has some different rules:

How many substitutions are allowed in volleyball?

Who authorizes a substitution in volleyball?

What is an illegal substitution in volleyball?