There are six types of lines on a regulation indoor volleyball court. As a player or viewer, you may hear the lines be called multiple names: 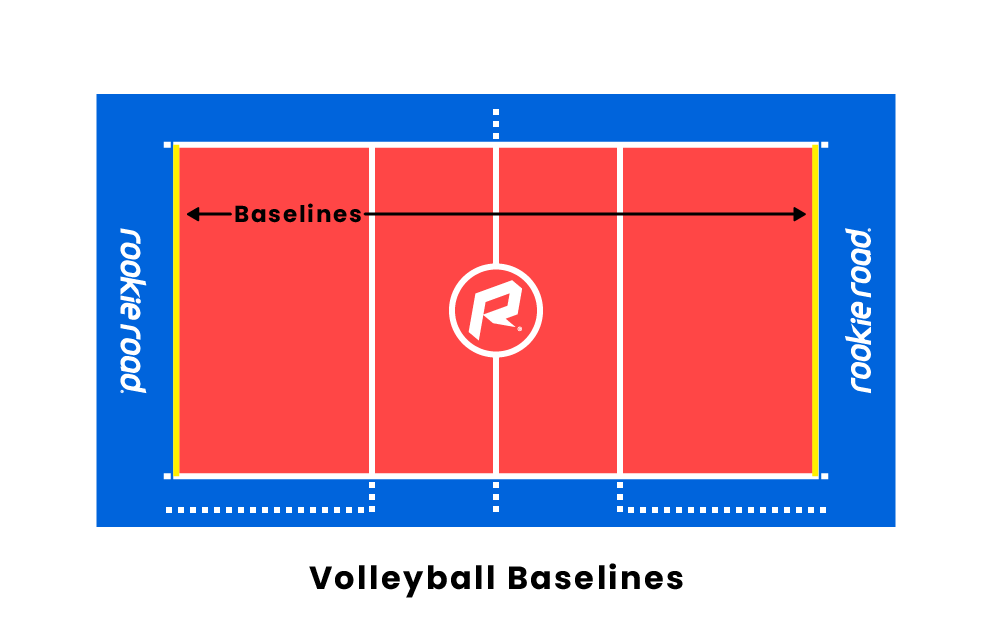 The baselines or end lines are located on the ends of the court. They mark the end of the backcourt, and indicate the line that players must stand behind when serving. Any ball that lands beyond these lines is considered out of bounds. It is important to get a feel for where the baseline is so a defender can avoid touching a ball that is traveling out of bounds. Depending on who you’re talking to, you may hear these lines be called either baselines or end lines. 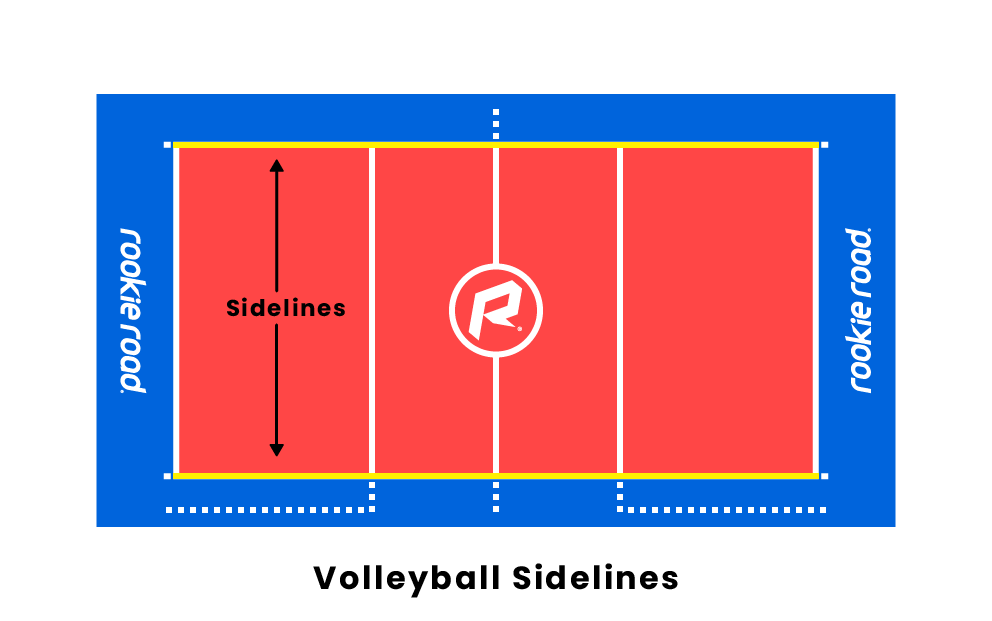 These lines can be found on the sides of the court. Behind these lines, you may see coaches, referees, other players, and the media (photographers, film crews). As is the case with the baselines, any ball that lands completely outside of the sidelines is out. Sidelines are also where two players meet for a substitution.

The attack line is the line in between the frontcourt and backcourts, dividing each side for front and back row players. This line also marks where players can attack the ball on offense. Back row players are not allowed to attack a ball that is above the net from anywhere in front of the attack line. Also, any players in the front row must start a point in front of this line while back row players must line up behind it. This is also called the ten-foot line, because it is ten feet away from the net. 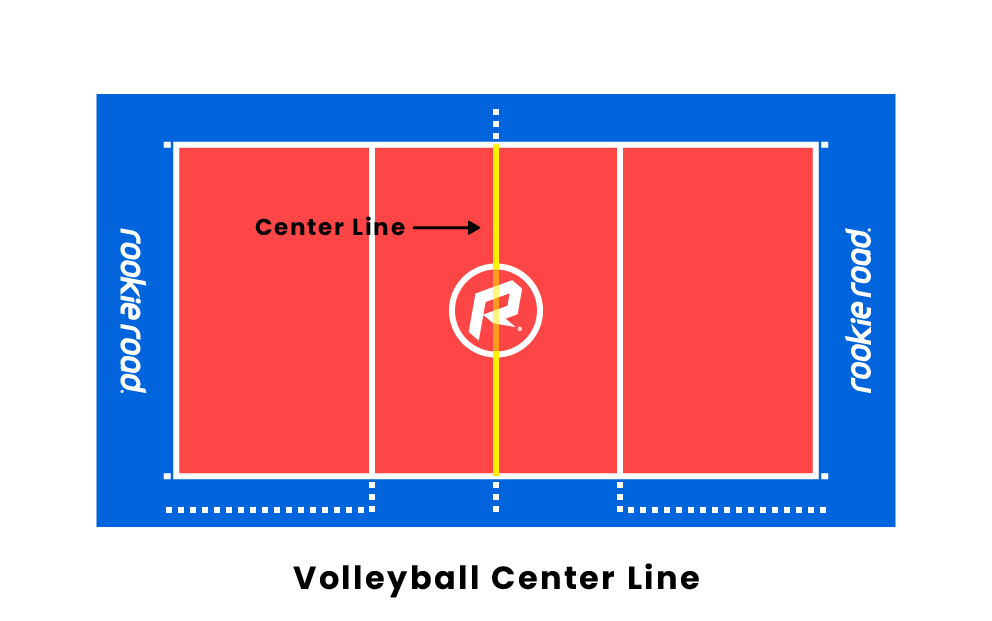 The centerline is located directly in the middle of the court, right underneath the net. This line divides the court into two equal halves. Players near the net must be conscientious of this line, as crossing it during a point will result in a penalty. This is in an effort to prevent players from landing on feet or legs after jumping.

The coach restriction line marks where the coaches of each volleyball team are allowed to stand and move between during a game. This is the area behind the sidelines and behind the attack line. Coaches must make sure not to cross this line as doing so multiple times may result in a penalty or even a yellow card. 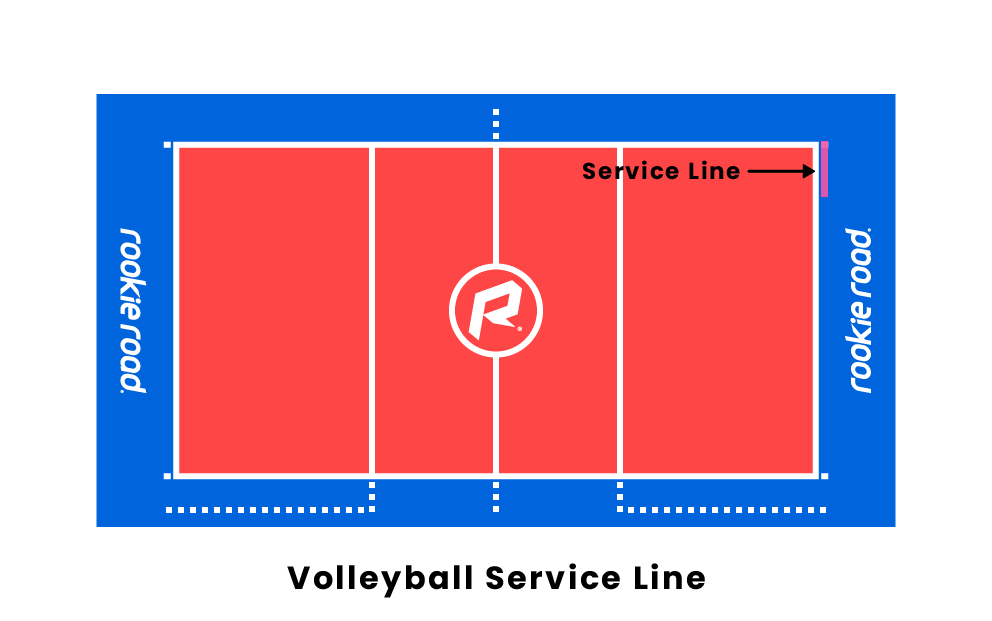 The service line is the short line behind the baseline that the server stands behind before each serve. Crossing this line during the serve is a violation. While many courts may not have an additional service line, the baseline serves the same function. However, it must be noted that different leagues have different rules for how far the service line extends.