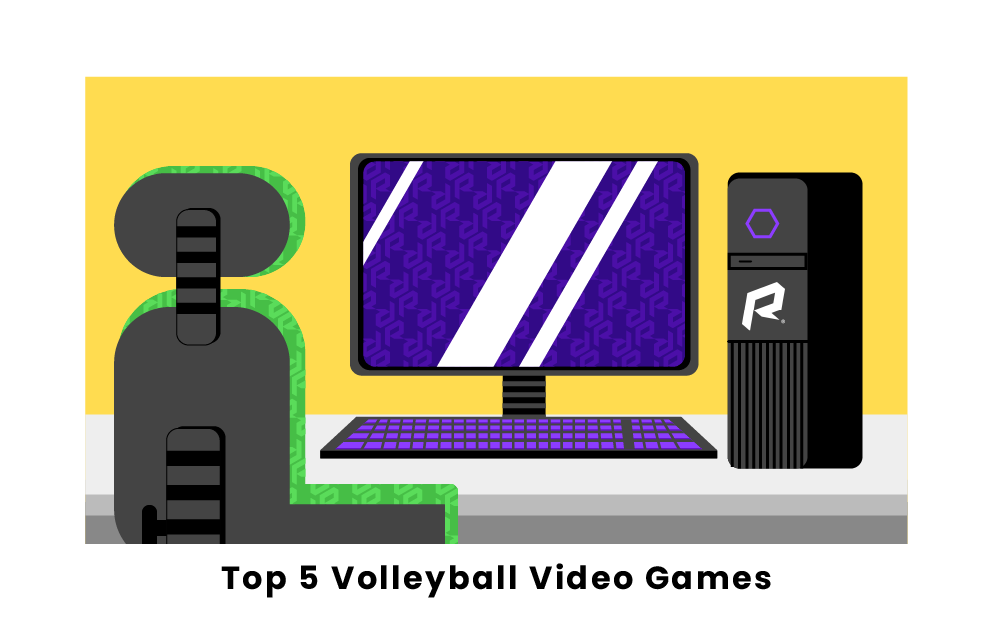 For anyone who has a passion for both video games and volleyball, there are a decent number of volleyball simulation games on the market. While many of these games are not extremely popular today, they can still be fun to pick up every now and then. Let’s take a look at some of the best volleyball video games.

What are the most popular volleyball video games?

Number one on our list of the best volleyball games is Spike Volleyball. Spike Volleyball came out in 2019 for the Xbox One, PlayStation 4, and Microsoft Windows. It was the first high quality video game to showcase indoor volleyball to its full glory.

The game has high quality graphics that make the volleyball simulation feel like a real game. Players can choose from 50 teams from all over the world including both male and female teams. Players can either play individual matches to improve their abilities or they can challenge opponents online to test their skills.

Next on our list is the old but classic video game Volleyball. Volleyball came out in 1986 for the Family Computer Disk System and Nintendo Entertainment System. It was also later released for the Wii in 2007.

Volleyball has a lot of customization for such an early game. Players can choose the amount of players on their team, the country of their team, and the gender of the players. The game works like a normal game of volleyball and players utilize simple controls to play. Users just have to use the B button to hit the ball and serve. This simplicity makes it easy for anyone to play.

Super Spike V’ball is an older arcade game that has remained loved by volleyball gamers throughout the years. The game was released in 1988 for arcades and then eventually for the Nintendo Entertainment Systems so fans could play at home as well.

The game is played like beach volleyball but all volleyball fans will appreciate it. Players can choose which doubles team they want to use. The teams all have different levels of speed, power, and defense. Users can either play as both teammates or play with a friend and control only one player. No matter what, users are sure to have fun.

Dig and Spike Volleyball is another engaging older game. This video game came out in 1992 for the Super Nintendo Entertainment System. What makes it so unique is that it allows users to play both indoor and beach volleyball.

For indoor volleyball, players can choose between different men’s teams from around the world. Players also get to decide if they want to play one, three, or five sets. During a game, the system recognizes which player is closest and gives the user control of that player. The game functions similarly for beach volleyball, but of course, there are only two players per team.

Last on our list is another older game that is remembered fondly upon. Hyper V-ball as it is known in Japan or Super Volley 2 as it is known elsewhere, was released in 1992 for the Super Nintendo System.

What’s special about this video game is players get to choose whether they want a team of people or robots to play volleyball. If they choose humans, users have the option to play with either men’s or women’s teams from many different countries. If they choose robots though, there are some special tricks that only the robots can do.