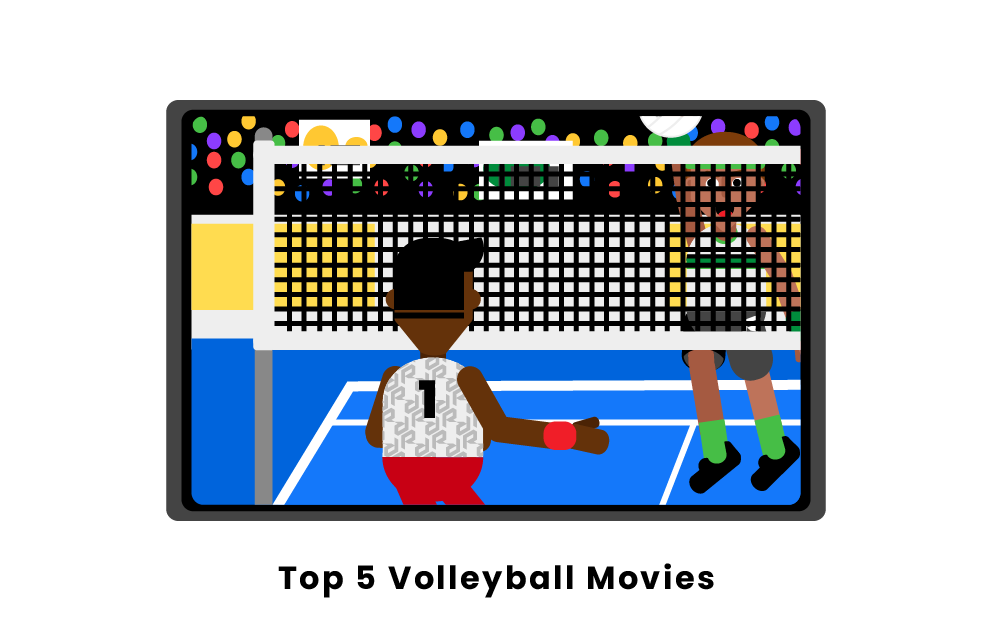 While the assortment may pale in comparison to sports like football or baseball, Hollywood has produced its fair share of phenomenal volleyball movies. These movies capture the essence of the sport in a way that is fun and provides a great viewing experience. Read on to learn about the top five volleyball movies.

What are the most popular volleyball movies?

Impact Point is a mystery film that captivates the audience with volleyball and murder. The story revolves around a professional volleyball player named Kelly Reyes who loses a close semi-finals match in the Association of Volleyball Professionals’ championship, and is asked to be interviewed by journalist Holden Gregg about defeat. This professional relationship turns romantic, and at the same time, Kelly is asked to replace a player on the winning team after a woman has died in a hit-and-run accident. With the investigation underway, the police suspect that Kelly may also be in danger, and Kelly wonders how well she actually knows Holden.

The directors understood the game of volleyball very well, and portrayed the matches played accurately. This R-rated movie was released in the summer of 2008, and although this movie did not receive any awards or recognitions, all volleyball lovers will know this movie very well.

Side Out is another film centered around volleyball, but this time, in the world of comedy. Side Out is about a midwestern college student who decides to spend his summer evicting tenants from his uncle’s Los Angeles properties. The student befriends one of the tenants and discovers that the tenant used to be an ex-professional volleyball player. The two team up and enter themselves in a beach volleyball competition with a grand monetary prize. This movie was released in the spring of 1990, starring C. Thomas Howell and Peter Horton, and was rated PG-13.

The movie title is a reference to an old rule in volleyball, in which the winning point can only be scored by the serving team. This movie did not do very well in theaters, earning only less than half a million dollars from the box office, but many volleyball players have seen and laughed with this movie.

The Miracle Season is the most recently made movie on this list. It was released in 2018 and has grossed over $10 million. The movie is based on a true story about the Iowa City West High School women’s volleyball team. The team is undefeated and enjoying a wonderful run when their captain suddenly dies in a tragic accident. The team becomes discouraged and refuses to play, but they end up returning in their captain’s honor.

While The Miracle Season may not have received the recognition that it deserved, it portrayed a wonderfully inspiring story, one that portrays the sport of volleyball very well. It is rated PG, making it a great family-friendly option. The Miracle Season can be watched for free on YouTube as well as many other streaming services.

The Iron Ladies was making headlines back at the turn of the century for its progressive plot and comedy. This Thai-comedy is based off of the true story about the Thai Team bearing the same name, the Iron Ladies, or Sa Tree Lek in Thai. The Iron Ladies was the first LGBTQ+ volleyball team in Thailand, and against many odds and expectations, won the national volleyball championship in 1996. Despite the heavier themes mentioned, the director decided to make this film very comedic, with many cheesy bits and over-the-top scenes - very typical of a Thai comedy.

The final movie on this list is Beach Kings, also known as Green Flash. Beach Kings is about an athlete named Cameron Day who becomes disheartened in his chances to become a professional basketball player and decides to live a settled lifestyle. He stumbles upon a woman who is involved in professional beach volleyball in Southern California. He then changes his course in life, puts his talents to better use on the beach, and trains to become a professional beach volleyball player. Internationally, the movie is titled Green Flash, but because MGM Home Entertainment owns the domestic rights to the movie, they decided to call it Beach Kings to appeal to the American audience.

This movie depicts the volleyball tournaments incredibly accurately primarily because the director himself, Paul Nihipali, was a four-time UCLA All-American volleyball student athlete.