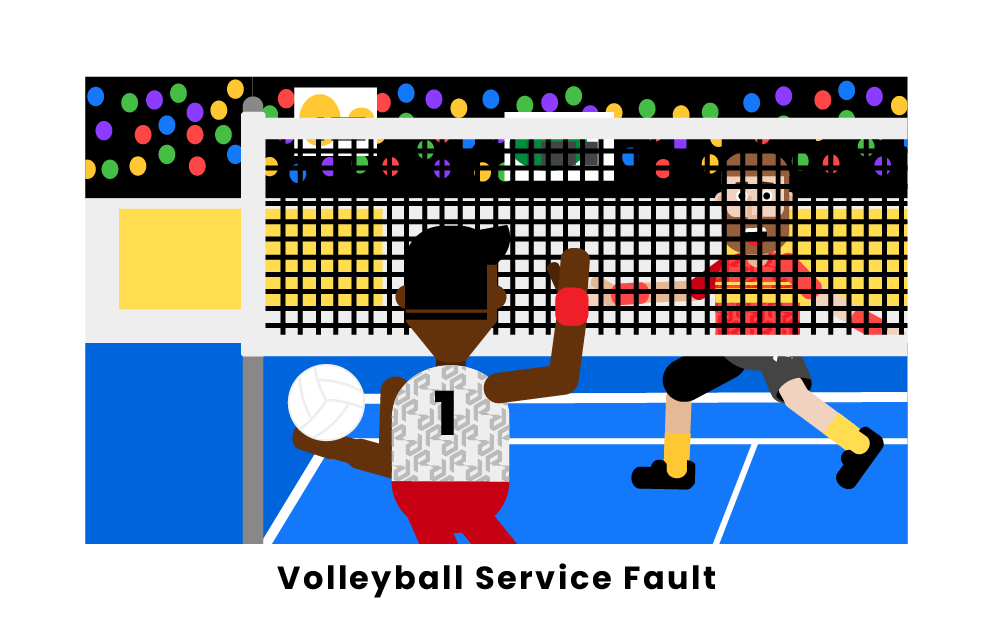 In volleyball, the service is one of the most important parts of each possession because it can set the tone for the entire rally. When a player makes an illegal error on a service, this is called a service fault.

A service fault can occur in multiple different scenarios because of the many ways a team can commit this type of foul. A player can receive a service fault if their foot goes over the service line while attempting a serve, which is also called a foot fault. Another example of a service fault is when the serving team serves out of order. In volleyball, players are required to follow a specific rotation that dictates who serves and each player's position on the court. A service fault can also be called when a ball is served and fails to pass through the space above the net. If players on the serving team use their arms to obscure the receiving team's ability to see the ball, that also qualifies as a service fault. This type of foul is hard to call because it is largely a judgment call by the referee. Although there are multiple ways for a service fault to occur, the two most common types of service fault are when the server steps over the service line and when players serve out of order.

When a service fault is called in a volleyball game, the ball always gets turned over to the opposing team. They gain the opportunity to serve, along with the point, which is known as a side out. The result of a serving fault remains consistent across all levels of volleyball. A service fault can be given for any of the situations discussed above but can also be called if the ball is served out of bounds or if it touches the net, antenna, or any other object and lands back on the serving team's side of the court.

Referees exhibit different hand motions for different types of service faults. If a foot fault is called during a serve, the referee points downward at the service line to indicate the violation. If the serving team has a player out of their positional order, the referee will point downward on the serving team's side and rotate their hand 360 degrees. If a team gets called for screening while serving, the referee will raise both hands up with their palms facing outwards.

What is a service fault in volleyball?

What are the consequences of being called for a service fault in volleyball?

The main consequences for a team committing a service fault are a change of possession and a point being awarded to the opposing team. The official term for this change of service and an awarded point is a "side-out."

What is a foot fault in volleyball?