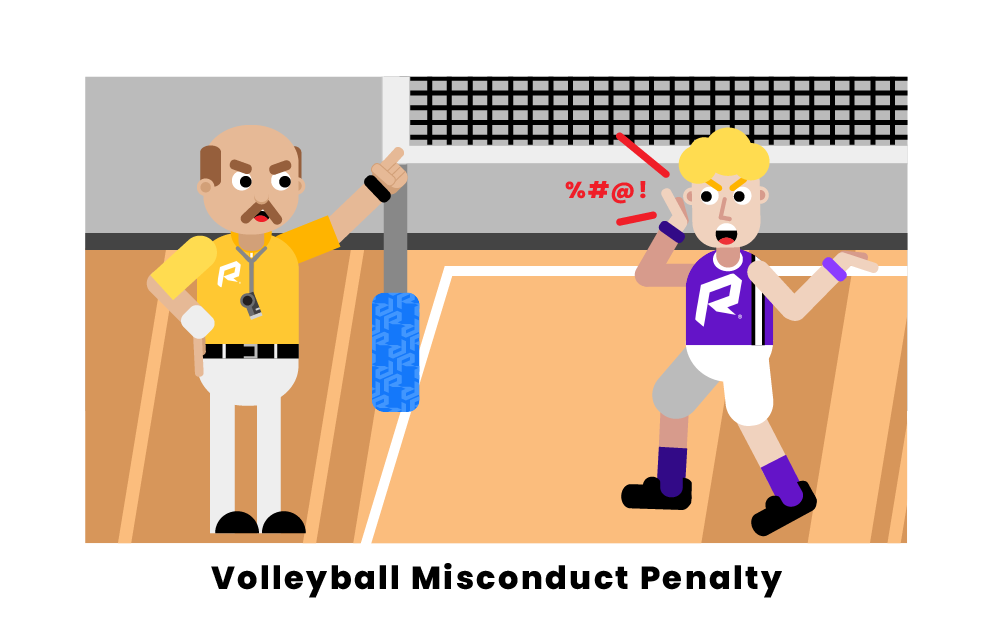 Volleyball has many rules and nuances specific to the sport itself. If a player finds themselves in violation of these rules, they are subject to a misconduct penalty. The penalty varies in severity based on the respective player's action and is signaled by the referee showing either a yellow or red card.

The misconduct penalty in volleyball is quite ambiguously worded in most handbooks. Typical actions that warrant a misconduct penalty are rude conduct contrary to good manners or moral principles, offensive conduct such as derogatory or insulting words, gestures, or any action expressing contempt. More serious acts of misconduct typically include actions of aggression through physical attacks or continuous aggressive and threatening behavior. Still, misconduct penalties are mainly used to prevent unsportsmanlike conduct, take injuries and fighting out of the game, and help maintain the game's spirit across all levels of competition.

According to the USA Volleyball official rulebook, misconduct penalties are split into minor and major penalties, depending on the severity of the action in question. Minor penalties such as messing with the net or ball and acting in a rude manner towards the opponent do not result in sanctions. If a minor misconduct penalty is observed, that player's team captain is given a verbal warning. If no change is made, a formal final notice is signaled by issuing a yellow card. Significant acts of misconduct such as aggressive actions or violence against an opponent will result in a red card. Repeated acts of minor penalties after receiving warnings can also result in a red card. Red cards result in the penalized team losing both the service and a point to their opponent.

The result for the penalty is the same across all leagues and levels of play. If a minor act of misconduct has been performed, a warning or yellow card is given to the guilty party. If actions continue or are deemed a major show of misconduct, a red card is given to the offending player's team, and a point is revoked from their score. Expulsion and disqualification for the remainder of the match or future contests are also possible. 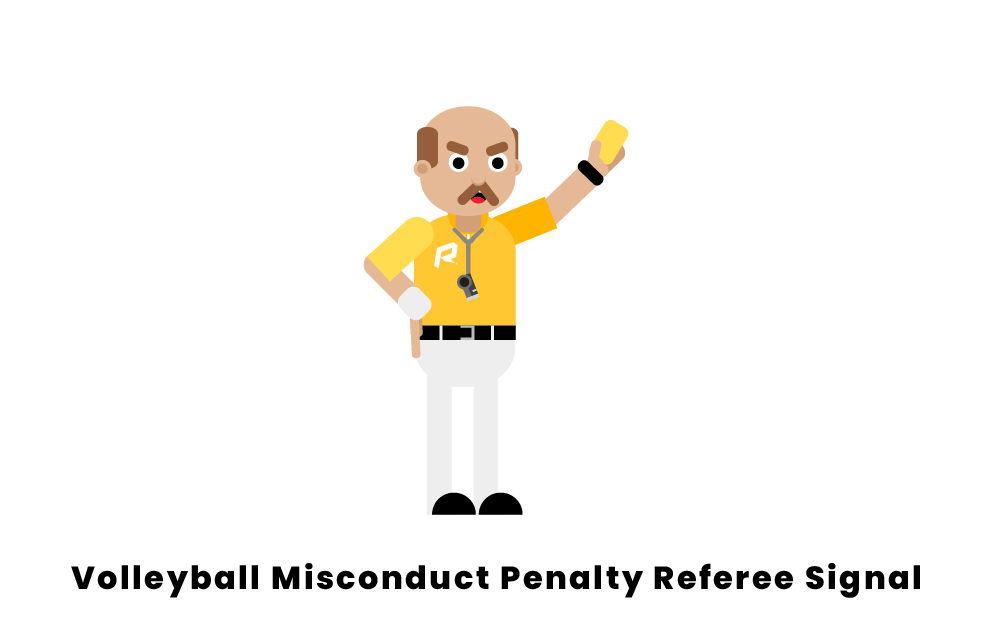 If a referee decides to call a misconduct penalty, a verbal warning is given to that player. A yellow card is presented to the offending player's team if actions continue. When further escalated, a red card is given to the whole team, and a point is taken away from the offending player's team. If both cards are presented simultaneously, that player could be expelled from the remainder of the match or even be disqualified for future matches based on the severity of the penalty.

What is a misconduct penalty in volleyball?

In volleyball, a misconduct penalty encompasses numerous unethical actions and is judged based on severity. Minor misconduct penalties typically refer to activities such as showing excessive excitement about winning a point targeted towards the opposing team, numerous arguments with the referee or opponents, and slowing down the game. Significant acts of misconduct are actions such as verbally or physically threatening an opponent and aggressive or continuous unsportsmanlike behavior.

What are the consequences of being called for a misconduct penalty in volleyball?

The consequences for receiving a misconduct penalty vary depending on if it's a minor or major penalty. If it's a minor act, a player is given a verbal warning and presented with a yellow card. No immediate penalty is given other than the card being recorded in the stat sheet. If the player continues, a red card is given to that player's entire team, resulting in a point being taken away. When both cards are presented simultaneously, the player may be disqualified from the match and suspended from future play.

What do yellow and red cards mean in volleyball?

In volleyball, a yellow card is reserved for minor acts of misconduct and serves as a warning to the player in question, and no action is taken against them. Conversely, a red card is given for extreme misconduct by a player, which results in the entire team receiving a red card, recorded in the box score. There is also a loss of service and a point revoked from the offending player's team for the red card.