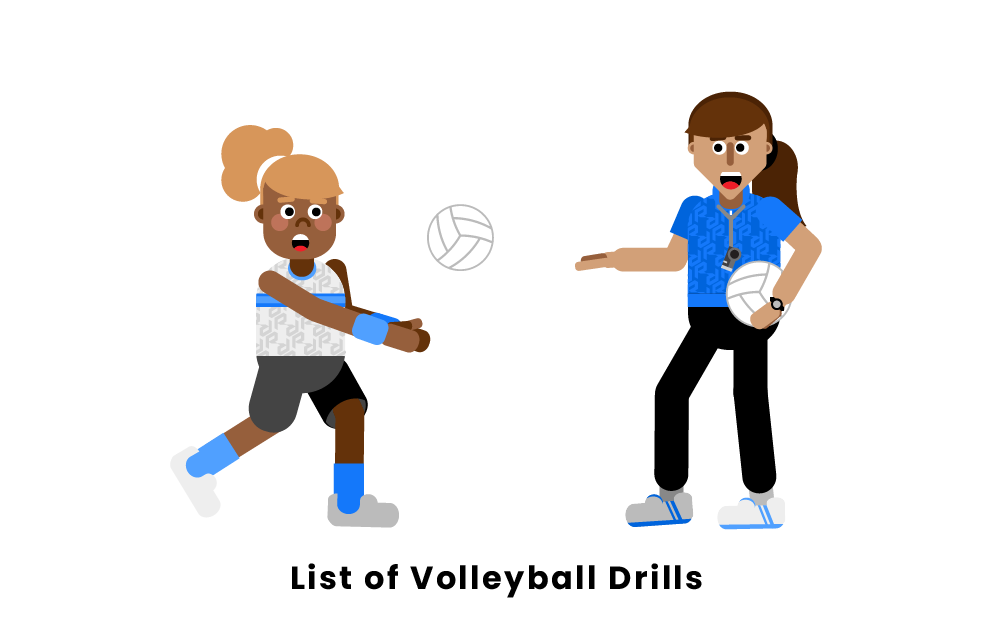 The sport of volleyball requires lots of skill and practice. There are many drills coaches and players can use to improve their game. The list below contains drills that deal with serving, passing, setting, blocking, and hitting. These skills are very useful to all positions on the court, which will strengthen your overall ability.