How Much Does A Volleyball Player Make? 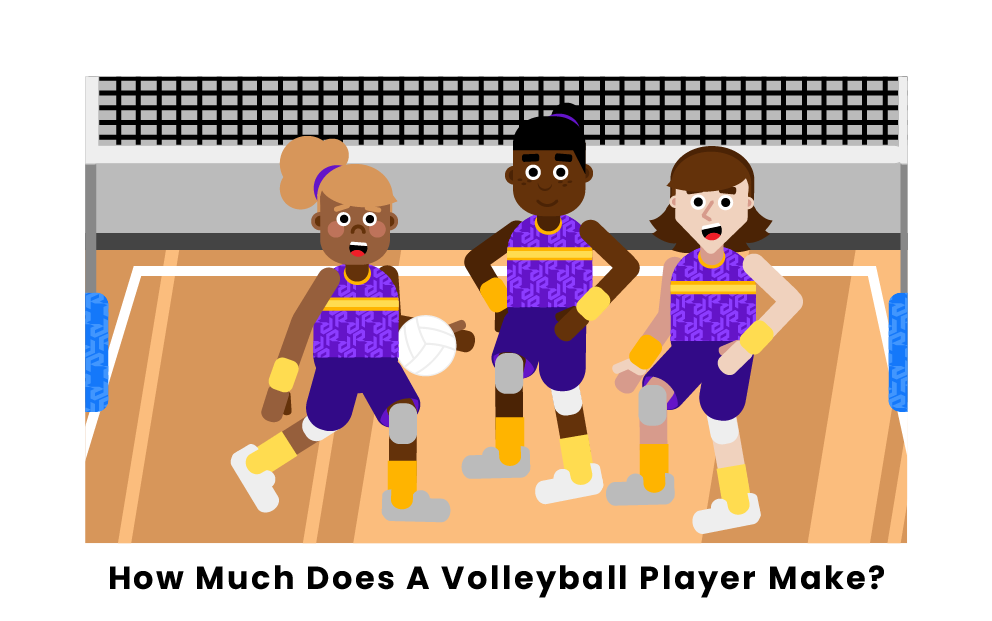 Working and competing as a professional volleyball player can be a fun and rewarding way to make a living, with many opportunities for travel and career advancement. Like any athletic vocation, playing volleyball requires hard work, dedication, and sacrifice from an early age. Therefore, it’s important to consider potential compensation when embarking on a career in volleyball. Have you ever wondered how much a volleyball player makes?

The simple answer is that most professional volleyball players in the United States make in the range of $20,000 to $200,000 per year in salary, with an average compensation of between $35,000 and $60,000 per year, depending on the market in which the player competes. Keep reading to find out exactly how much money volleyball players can expect to make at each stage in their careers.

In 2020, the NCAA adopted a policy that permitted student-athletes to profit from contracts that depicted their names, images, and likenesses (NIL). The majority of NIL deals have been signed with football and basketball players, but many volleyball players, even at smaller Division II schools, have acquired NIL contracts.

As in many sports, volleyball players at the beginning of their professional careers typically earn salaries at the lower end of the spectrum. A player on their first professional contract can expect to make between $18,000 and $26,000 per year. This might seem like barely enough money to live on, but many teams offer free meals as part of their training program, which decreases living expenses during the season. Volleyball is popular internationally, so there are many opportunities to move up to a higher-paying team or league for those players who are dedicated and are willing to travel or move for work. Italy, Russia, Poland, and Brazil have the highest-paying international leagues.

Talent is rewarded in volleyball, with accomplished athletes commanding higher salaries. Players who are prominently featured on the senior national team can receive as much as $100,000 per year from their initial professional contracts. Even players who are not at the highest level, but spend a few seasons playing for multiple leagues, can pull in upwards of $100,000 per year.

An important factor to remember is that salaries vary greatly depending on the country, market, or city in which a volleyball player competes. Bigger cities and leagues with larger audiences offer higher pay than teams in smaller markets. Successful volleyball players are not afraid to move to new cities and change teams in the interest of a higher paycheck.

At the highest end of the range, the most accomplished volleyball stars exceed $1 million per year in salary. Such high-profile players typically attract lucrative endorsement and sponsorship deals, which further increase their total compensation. Although hard work and dedication are required to reach the highest levels of professional volleyball, those who put in the effort are rewarded for their sacrifice.

Who is the highest-paid volleyball player?

How do volleyball players make money?

Volleyball players make money from three primary sources: salaries from their teams, tournament winnings, and endorsement contracts. Salary represents a player’s baseline income, with other earnings serving as a bonus. However, some volleyball contracts have payment structures tied to tournament outcomes. As a result, those players must perform well in tournaments, or else they risk losing salary and supplemental pay. Conversely, tournament winnings and endorsement deals represent an opportunity for higher pay for those players who perform well in competition and attract widespread interest.

Pages Related to How Much Does A Volleyball Player Make?