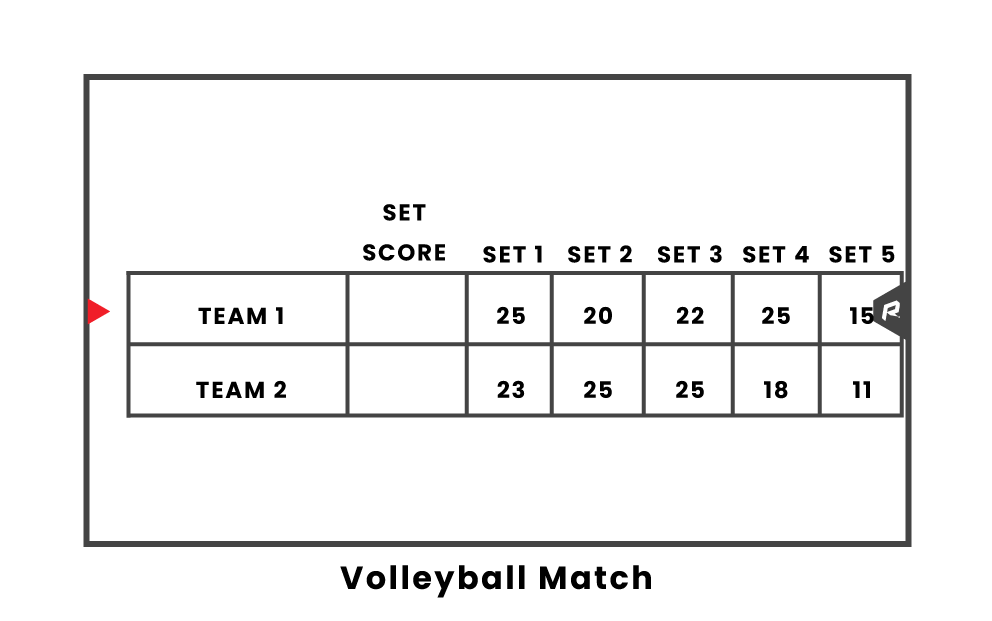 It is important for you to understand the basic structure of a volleyball game.

In this tutorial we'll go over the structure of a volleyball and what you can expect when watching or playing one from beginning to end.

There actually are no clocks in volleyball. This may sound confusing, but we'll walk you through the structure and timing of volleyball.

First, we'll learn the structure of a volleyball game from beginning to end. Three important pieces of structure are sets and matches, volley/rally, and coin toss.

Volleyball games are played in sets. Each set is played until one team reaches twenty-five points, winning by at least two points. In order to win a match, a team needs to win three out of five sets. The entire contest can be called either a game or a match, to make things as easy as possible, we'll call it a game throughout the tutorial.

In case of a tie at 24 points, the game must continue until one team gains a two-point lead. The fifth set is played to fifteen points, rather than twenty-five.

Volleyball games are played with rally scoring, meaning each time the ball goes out-of-bounds, hits the ground, or a violation is called, a team scores a point.

From the time the server hits the ball, until the ball hits the ground and play ends is called a rally. This is also called a volley, but we'll call it a rally in this tutorial.

Each time the ball goes out of play, a point is scored. Volleyball games consist of the best of five sets.