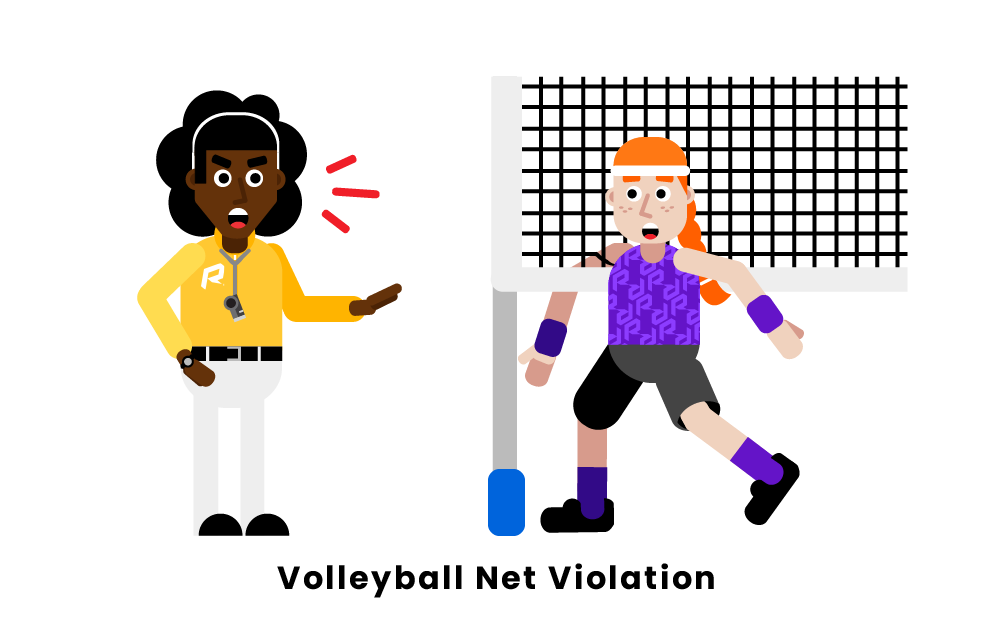 In volleyball, there are various fouls created for players who touch the net, either on a serve, spike, set, or block. The contact with the net fault occurs when a player touches the net anywhere between the antennas. These rules are put in place to maintain the flow of the game, ensure fair play, and keep everyone safe.

A net fault is called when a player interferes with their opponent by making contact with the net between the two antennas. If the contact does not interfere with play, such as touching the net outside the antennas, a net fault will not be called.

A player can be called for this fault in many different instances, but it most commonly occurs on spike attempts where a player's hand grazes the top band of the net as they attempt to hit the ball. A net fault can also be called when a player interferes on a possession by unintentionally touching the net while going for a ball. Net faults are also commonly called on block attempts. A setter can receive a net fault if they make any contact with the net trying to set the ball or attempting to hit a ball. Lastly, players are not allowed to take support from the net while trying to play the ball. It is important to note that all of these examples will only be called if the net fault interferes with play.

The result of a net fault always ends with the team who committed the offense losing possession of the serve and the other team gaining a point. This is known as a side-out. The result stays consistent across all levels of volleyball for a net foul. 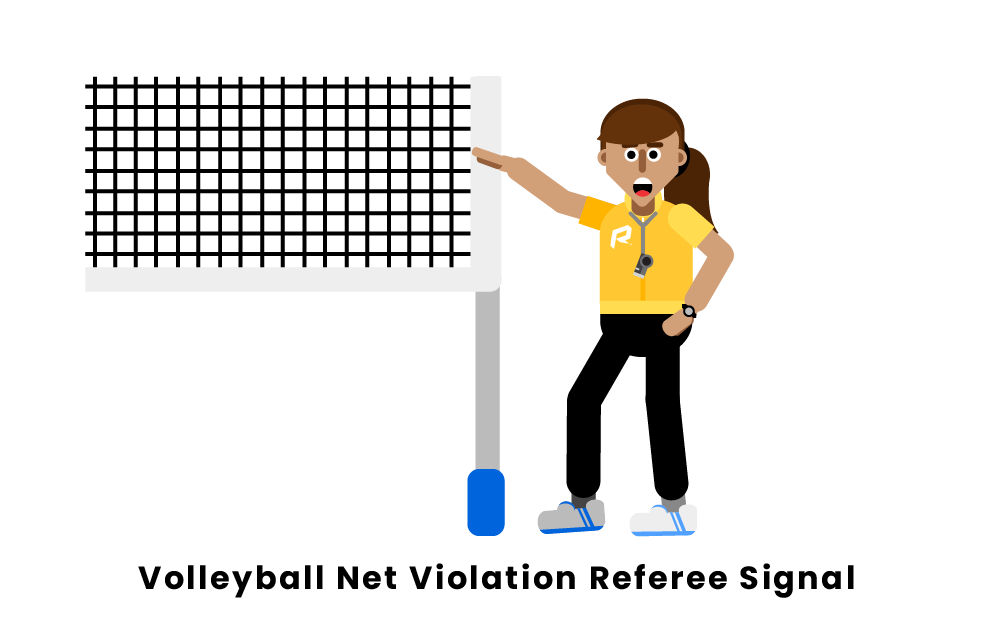 In volleyball, the first referee signals a net foul by touching the top of the net with their palm, with their hand placed on the side of the team that committed the fault. Rather than repeating the hand signal made by the first referee, the second referee simply steps onto the side of the net of the team in which the foul was called on. This is normally what the secondary referee does after any foul is called in a volleyball match.

What happens if a volleyball serve hits the net and goes over?

What are the consequences of being called for contact with the net in volleyball?

The consequence for a player making contact with the net in volleyball is a side-out, giving the other team the serve and a point if the foul occurs during a serve or rally. There are some acceptable instances where a net fault could be disputed, but it's rare for a team to challenge the call successfully.

When are you allowed to touch the net in volleyball?

In volleyball, touching the net is not penalized unless it interferes with play. However, players should always avoid touching the net purposefully. During play, if a player touches the net in a manner that affects gameplay, either intentionally or unintentionally, they will be called for a net fault. Players are allowed to touch the net if it does not interfere with play or provide an advantage, especially if the contact is accidental and occurs outside of the two antennas.

Pages Related to Volleyball Contact With the Net Fault