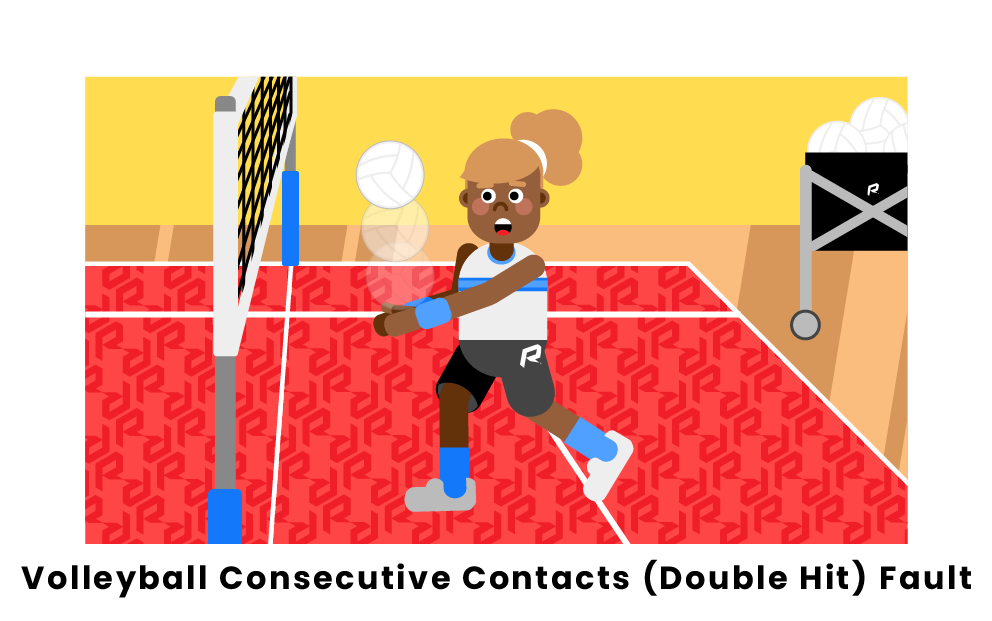 In volleyball, multiple members of the same team often hit the ball before sending it back over the net to the other team. However, a single player contacting the ball more than once consecutively is against the rules of volleyball and is known as a consecutive contacts fault or a double hit violation.

The rules of volleyball offer very specific requirements for what members of a team can hit the ball while it is in play and how to execute these hits. These regulations include the rule against consecutive contacts, which is covered under Rule 9 of the Official Rules of the Fédération Internationale de Volleyball (FIVB). According to the rule, it is illegal for any player to hit the ball more than once consecutively. A player may hit the ball, allow it to be hit by another teammate, and then hit it again, but no player can hit the ball twice in a row. The rule against consecutive contacts also counts if the ball strikes two parts of the player’s body unless it is demonstrably provable that the contacts were part of the same action and occurred simultaneously.

In order for a double contact fault to occur, the ball must be touched twice by one player successively or by any two parts of the player’s body in succession. This can occur if a player hits the ball, then runs over to hit it again if it goes off-target. Double contact can also count if a player dives to hit the ball, and it then bounces off of their leg after making the initial contact. These types of actions, as well as many others, all constitute a consecutive contacts fault.

One important instance in which touching the ball twice is not a consecutive contact fault is while blocking the ball. If a player makes a block to prevent the other team from sending the ball over the net, and the block is not successful, that player may hit the ball if it comes to them first. Additionally, while blocking, it is permissible for the ball to touch two parts of the player’s body consecutively, such as bouncing off of one arm and into the other, provided that those contacts occur as part of a single blocking action.

If a consecutive contact violation occurs in volleyball, the typical penalty is a “side-out.” A side-out causes the team who committed the foul to lose a point to the opposing team, ending the rally. During a side-out, the penalized team also gives up the right to serve the ball, turning possession of the ball over to their opponents. A side-out can only be canceled if two faults occur simultaneously on both teams, which is referred to as a double fault and thus awards no points to either team. 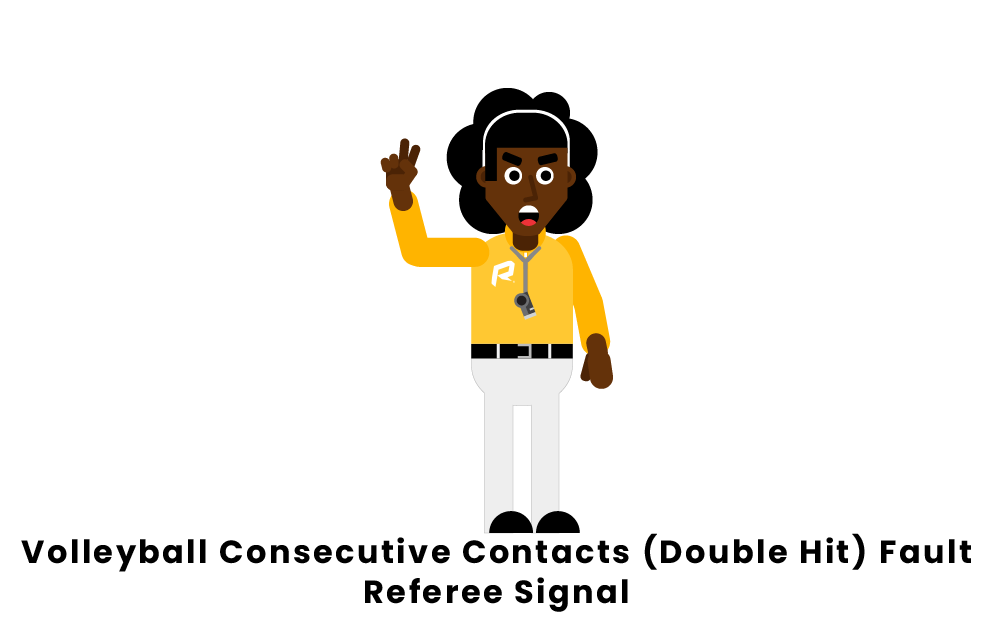 The referee signal for a consecutive contact fault, also known as a double hit, is the same in most volleyball leagues. The signal involves the referee lifting their arm and raising their first two fingers, spreading them open to indicate the number two. This signals that a player has struck the ball twice in succession.

What are consecutive contacts in volleyball?

What are the consequences of being called for consecutive contacts in volleyball?

How many times can a team hit the ball before it must go over the net in volleyball?

In volleyball, a team is only allowed to hit the ball three times before it must be passed over the net. These three hits can occur in any fashion, such as by setting, platforming, or spiking, and there is no requirement that a team performs three hits, meaning that they can return the ball in one or two hits if they wish. However, it is not allowed for a team to hit the ball between their teammates four or more times before returning it over the net. If so, they will be given a four hits violation and will receive a side-out, losing the point and the right to serve.