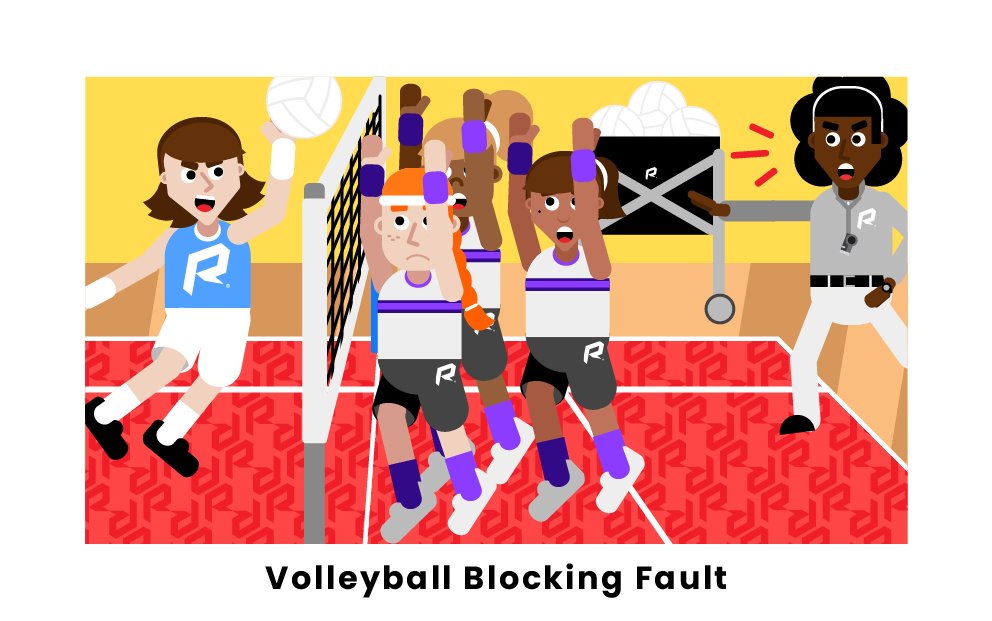 Blocking faults, also defined as illegal screening, are one of the main categories of penalties in volleyball. When the defense is poorly positioned, it is common to see multiple players scramble to block a spike. This lack of defensive communication can cause the wall to invade the opponent's space, costing the team a point penalty.

Volleyball is an extremely high-paced sport where players are often required to perform lateral sprints to get themselves in position to block spikes from their opponents. This means that the three lines of the team need to be coordinated and move well together in order to be able to defend. Rushing to block a ball and jumping too close to the net can lead to blocking faults, which automatically gives the opposing team a point.

The most common type of blocking faults occur when one or more players invade the opponent's side of the court during a block. However, other violations can be considered blocking faults, including blocking a service or when players other than the front line attempt a block. The libero and the back row players are not allowed to attempt either individual or collective blocks. Blocking faults are also called whenever a player's block lands out of the opponent's receiving area. Lastly, the receiving team will commit a blocking fault even when any player blocks the setter.

This type of penalty is a constant part of any volleyball match and can decide the outcome of a match, as the opposing team is awarded a point each time. Thus, it is crucial that players communicate well to avoid unforced errors and that coaches build team chemistry through blocking drills in practice.

Regardless of how the blocking fault was committed, these penalties result in a side-out. Side-outs automatically assign a point to the opponent and forfeit the serve, giving the opposing team the chance to serve. If the opponent was already serving when the defense committed the fault, they continue to serve. 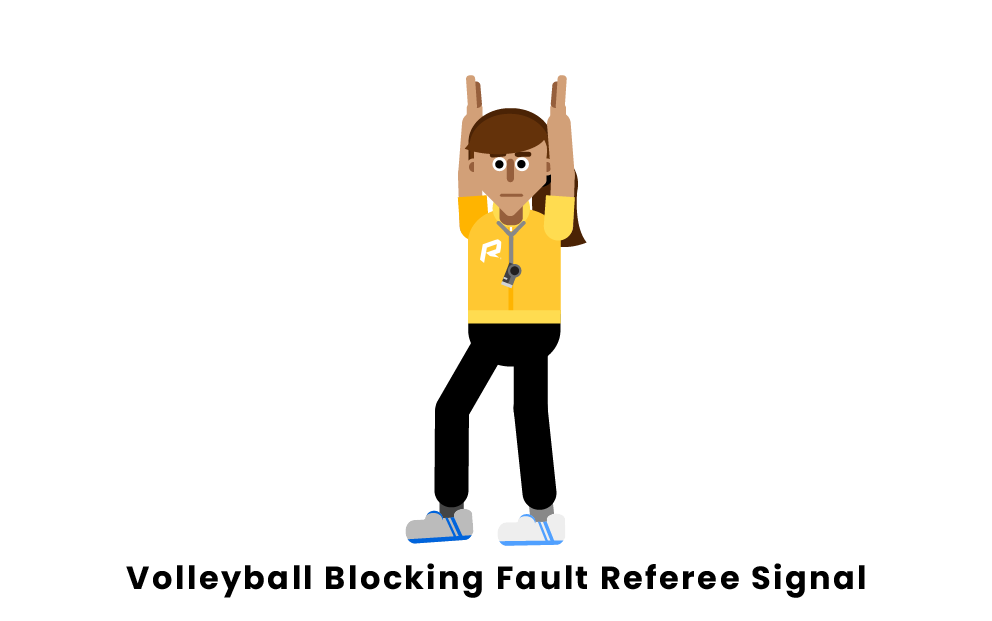 Although the referee stand is placed right above the side of the net, blocking faults represent some of the most questionable calls in volleyball. The referee signals these penalties by raising both hands in the air. Since blocking faults result in a side out, the referee has to be quick and secure when making a decision that could influence the match's score.

What is a blocking fault in volleyball?

Blocking faults are one of the most common defensive penalties in volleyball. These usually occur because of poor communication between the lines or because the libero and the rest of the back row are misplaced on the court. The referee must also call a blocking fault when any players block the service or any ball coming from the setters. Furthermore, even a block that ends up out of bounds is classified as a blocking fault.

What are the consequences of being called for a blocking fault in volleyball?

Can a back-row player block in volleyball?

A volleyball lineup is usually divided into the back and the front row, with a libero that plays in between the two lines. However, the players from the back row, including the libero, are not allowed to come forward to the net and block the ball. Although they are part of the defensive zone, the back-row players can only set or hit the ball, while the libero is only in charge of setting the attack.