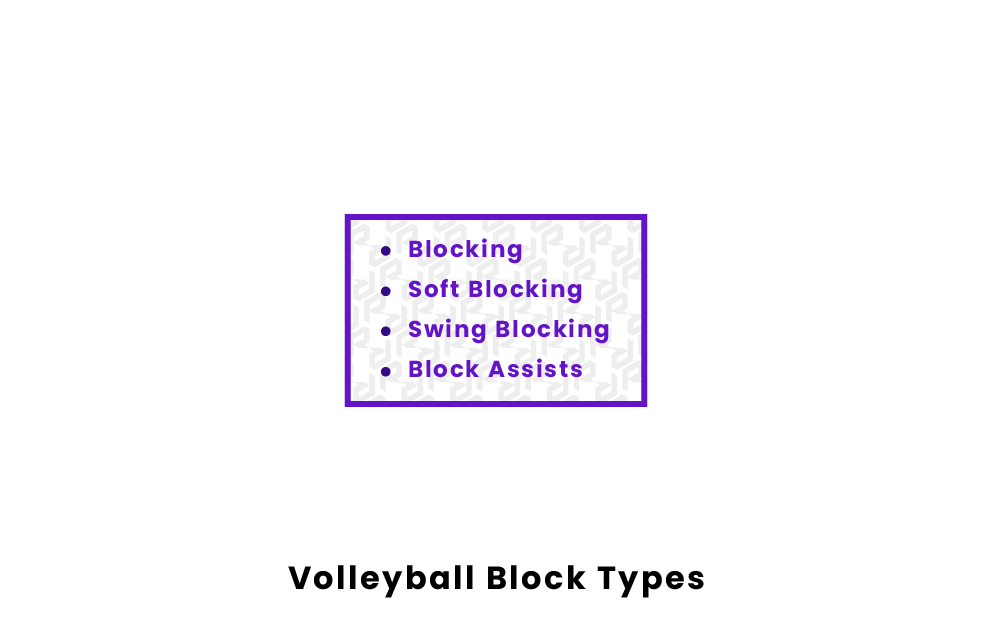 Blocking skills are crucial in order to effectively stop an opposing team from spiking the ball. If blocks are not properly executed, an opposing team can truly dominate the opponent and win sets with ease.

Essential blocking skills in volleyball include:

A block is when one to three players of the defending team line up and jump in front of and in sync with the opposing team's spiker, in order to keep their spike from crossing over the net. This requires communication and strategy between teammates, quick reactions, and slight prediction, and becomes more and more difficult as the skill of the opposing spiker increases.

This is a form of blocking where instead of trying to keep the ball on the opposing team’s court, the goal is to soften the spike, in order to create an easy receive for their team. This is done by leaning back with their hands up and angled backward, in order to ensure the ball continues on its forward trajectory, but also gets popped up into the air to negate the spikers power and speed.

Also known as double and triple blocks, or collective blocks, block assists involve multiple defenders moving in unison to block a spike. To perform a block assist, outside players will line up closer to the middle. After the ball has been set on the other side of the net, two or three defenders move together to cover the attacker about to receive the ball. When the ball is spiked, the two or three assisting blockers will jump to block at the same time.

What are the most important blocking skills in volleyball?

The most important blocking skills in volleyball are identifying your attackers, positioning yourself well and choosing the right block for the situation. Before you make an actual block, you must discern who on the opposing team will be attacking and then position yourself quickly and strongly to set up. Once both are complete, a player must go with a basic block, group up with other players to block, or choose a different style like soft blocking or swing blocking to return the ball.