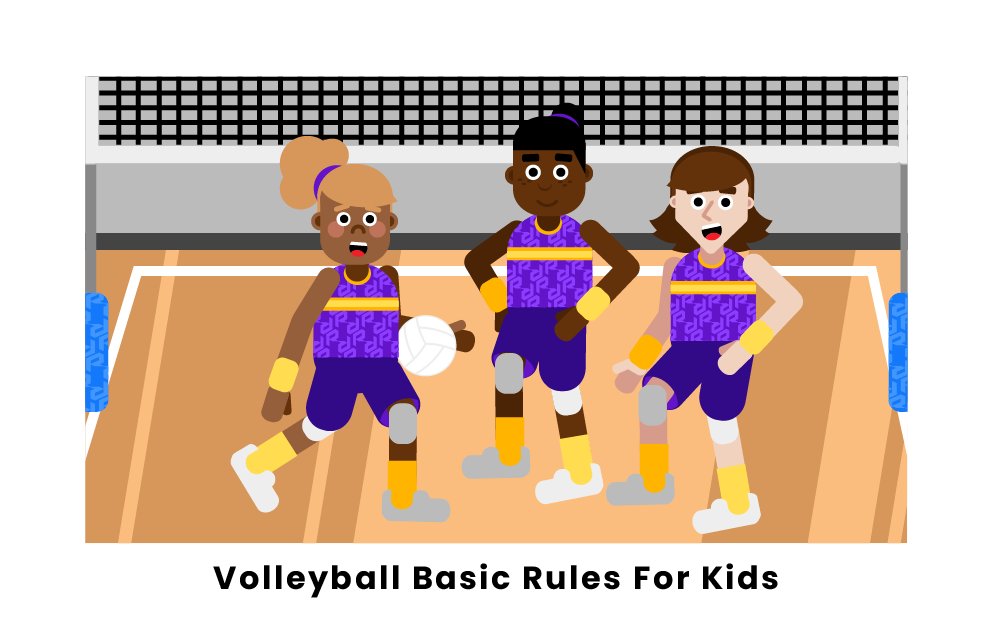 Volleyball is not complex, but it’s important to have an understanding of the game before attempting to play. These basic rules are for kids getting ready to spring into the sport of volleyball, and covers scoring, serving, and illegal plays.

Six players from each team are allowed on the court during gameplay. Volleyball is played with two competing teams on each side of the net.

Players rotate positions clockwise on the court when their team is up to serve.

The goal is to get the ball over the net and score points by hitting the ground on the opponent’s side.

Volleyball games are made up of sets, and the first team to win 3 sets wins the match.

A set is when both teams try to score 25 points before their opponent.

Teams earn points when the opponent lets the ball hit the ground or it goes out of bounds.

To start the play, the referee will blow the whistle and the team with the ball will serve over the net.

You can hit the ball with a bump, set, spike, or serve.

There is one referee and two line judges during a volleyball game.

The referee will blow a whistle when an illegal play is made or the play ends.

Line judges stand on opposite ends of the court and watch to see if the ball goes out of bounds or not.