What are the rules of ultimate frisbee? 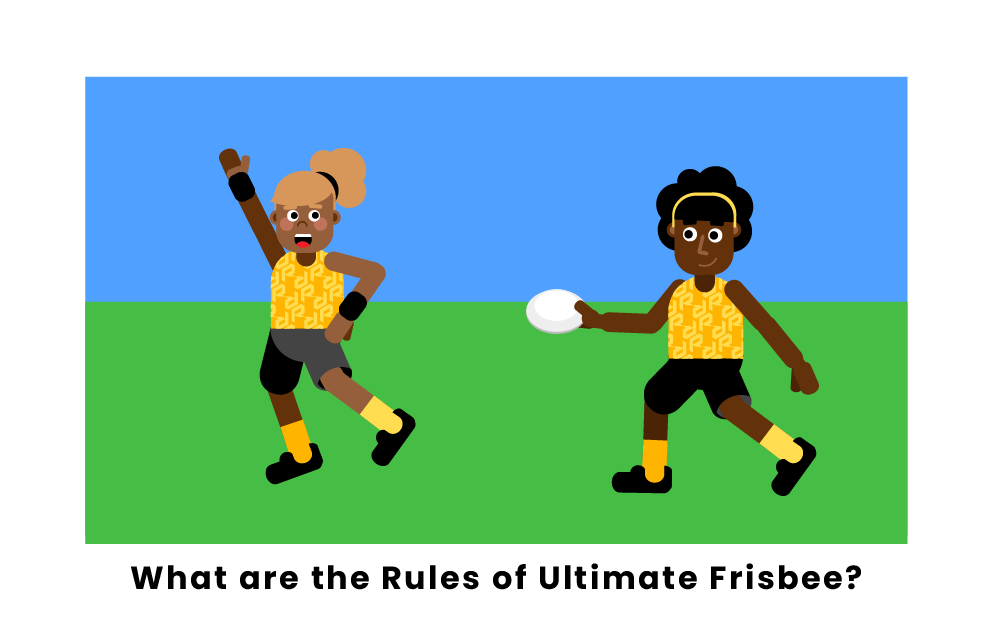 Ultimate frisbee is one of the most interesting sports. Casually, it is played by people of all ages, but it also has a budding competitive scene that grows every year. Because it is considered more of a pick-up game, many do not understand the rules of the game, but luckily, it is an easy and fun sport to learn.

The pull is essentially a kick-off in ultimate frisbee. Each team lines up on the front line of their respective endzones before the play begins. Once the pulling player releases the disc, the teams are free to run down the field and set up their offense or defense. The pulling team usually calls out players on the other team by their number on the line to decide who to guard on the next possession.

This play occurs at the start of the game and after points have been scored. In the latter situation, the scoring team pulls the disc to the other team. The game starts from where the disc lands or is caught. An ideal pull puts the opposing team in the back corner of the field where there is only one throwing lane and they must advance down the entirety of the field. The receiving team can elect to catch the pull, but if a player drops it, the other team gets the disc in a very advantageous position.

Teams advance up the field in frisbee by throwing the disc to their teammates. Players cannot run with the disc, so consecutive passes generally must be completed to score. The disc cannot touch the ground if not in the hands of a player or possession is lost and the other team takes control.

Teams run an offensive strategy called a stack to move up and down the field. This stack can either be vertical or horizontal, and one player cuts from the stack at a time to try to make a play on the disc. Because most of these cuts go towards the player with the disc, these passes are short and quick.

Unlike many other sports, moving backward in ultimate frisbee is a commonly applied tactic. This movement is popular because it rearranges the defense and gives the offense a greater chance of making a big play. When defenses in frisbee are set up, they try to force the disc to one side of the field to have a better chance of stopping the play. This strategy makes throwing the disc backward and to the other side of the field a way to catch the defense off guard.

The “stall” in frisbee refers to the amount of time that a player can hold the disc after catching or picking up the disc. The stall is about ten seconds long and is called out at every number by the player defending the disc holder. Because the defender is holding the other team accountable, it is an inexact art. If the offensive player believes that the player defending him or her is counting too fast, they can call a “fast count” which resets the stall. If ten is called, the offensive team loses possession of the disc.

To score a point in Ultimate Frisbee, a player must catch the disc with at least one foot in the end zone. Games are generally played to 15 or have a time limit depending on the league. After scoring, the offensive team stays at the end zone where they scored while the other team goes to the opposite side for the pull.

Ultimate Frisbee is a non-contact sport, but there is a very loose attitude around refereeing the game, so some contact does happen sometimes without calls if it was incidental and did not affect the game. Most fouls are called when a defending player prevents an offensive player from making a play on the disc. Despite this rule, both players are entitled to the airspace directly above themselves. There are also no pick plays allowed in ultimate frisbee. A pick occurs when an offensive player prohibits a defender from guarding his or her matchup. This infraction can occur with or without contact as long as the claim is substantial.

In Ultimate Frisbee, there are technically no referees who judge the game. In professional leagues, there may be a neutral person on the field to act as an arbitrator, but the calls are still made by the players. Because foul calls are made by players, they can contest a call. This rule speaks to the integrity of ultimate frisbee and the sportsmanship that is key to the nature of the game. If a call is uncontested, the play continues where the play occurred or at the goal line if it happened in the end zone. On a contested call, the play is restarted from where the throw happened.

Why is there no referee in ultimate frisbee?

How is sportsmanship enforced in ultimate frisbee?

What is the universal point in ultimate frisbee?

The universal point in ultimate frisbee is the phrase used for situations that would end the game on the next point regardless of which team scores. If both teams are tied at the last point, it is universal. Also, if weather conditions worsen or the sun goes down and the field doesn’t have lights, the next point will be called as universal.

Pages Related to What are the rules of ultimate frisbee?