What Are The Player Positions In Ultimate Frisbee? 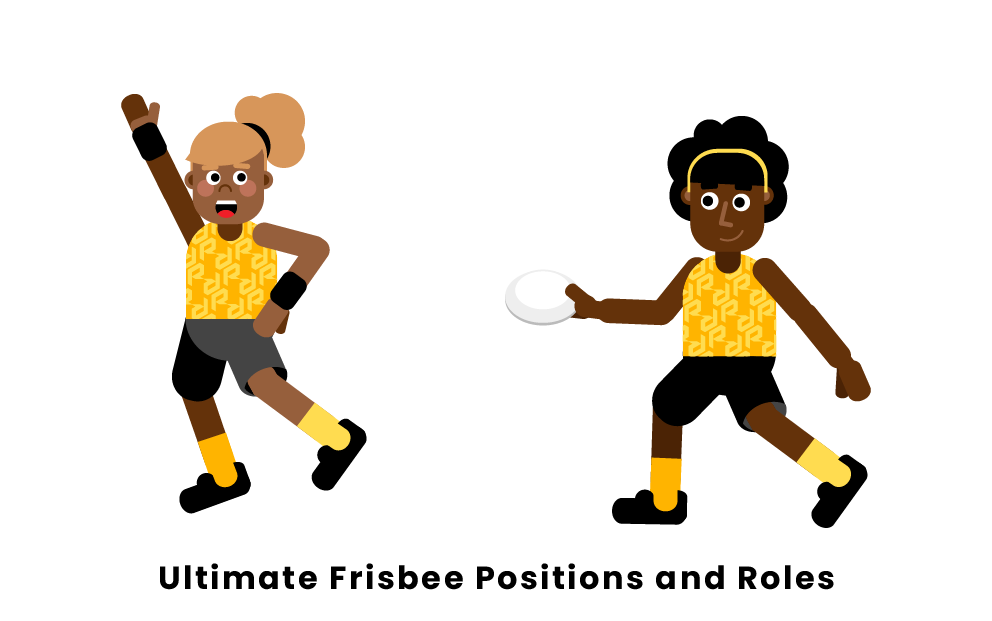 Ultimate players take on roles on the field by being a handler or a cutter, which is typically determined by skill level. Each role takes a certain position on the field so that teams can score a goal or not let the other team score.

If teams want to play well, each position must be fulfilled with the players who are capable. Handlers and cutters are the two main positions in Ultimate and these are the qualities they should possess in order to fill their positions well.

When you first start to play Ultimate, rookies start off by playing as a cutter because their throws and field awareness are typically underdeveloped.

Helpful skills that will make you a better cutter are speed, the sharpness of your cut, the ability to catch, timing your cuts right, and keeping an eye on the player with the disc so you can pay attention to their next moves.

These players are usually more experienced and have decent backhands and flicks. They should be able to communicate with the cutters efficiently and be aware of the field and where the defense is.

The skills needed to be a good handler are accurate throws, speed, communication skills, field awareness, and good decision-making skills.

Stacks are offensive structures of players in order to move the disc up the field towards the opposing team's endzone.

Two handlers are facing their cutters. The handler that does not have the disc has two choices of where to stand to be a good backup option.

Instead of vertical, four cutters will spread out on the width of the field (from sideline to sideline) and face their handlers. The two players in front of the handlers are the ones trying to get the disc.

There are three handlers back: one in the middle and the other two near each sideline. All are facing the cutters and the opposing team's endzone.

When a team is on defense, the goal is to cause the other team to drop the disc and gain possession so that they can get a chance to score.

The strategies used to cause the other team to turn the disc are called man to man and zone. Each individual defender must cause their offender to run one way or another by positioning themselves on one side of their body and blocking them from throwing or running.

Each defending player picks an opposing player and prevents them from receiving or throwing the disc.

The following forces, tell you what side the defensive player should be on to force the offensive player to only choose the other side in man to man.

The player who is defending the person with the disc is the person on mark. They are marking the offensive player.

Force backhand is standing on the side of the body to cause the offensive player to throw a backhand which means their right hip.

Force home is another term used to figure out which side a defender should force the offender. Forcing home means to force the player to make a throw towards the sideline where the team's stuff is.

Forcing away is to force the player to throw on the opposite sideline.

When defending a cutter, keep in mind that the cutters will be facing their handlers and their hips will be on opposite sides.

That means that cutter defenders will continue to be on their left hip to force a flick and block them from getting past them.

These are typically more advanced concepts for a defensive strategy but for many teams, defensive players will block a space rather than the offensive player to cover more of the field.

In sand tournaments and for pickups, there will be five people from each team on the field for a point.

Man and force are still implemented on these fields.

Pages Related to What Are The Player Positions In Ultimate Frisbee?