What Are The Lines And Parts Of An Ultimate Frisbee Field?

It’s important to know anything and everything about the field in order to set the appropriate boundaries for where the players are allowed to run and where they score points. Let’s learn about the Ultimate field.

The basic dimensions of youth, college, and club games are 120x40 yards. Only the players are allowed into this space except for when someone has been injured and play stops.

Professional teams tend to use football fields to play the game, which are slightly wider than the standard field size. Therefore, a professional sized field would be 120x53 yards.

Before each point, players must stand in their end zone and stay behind the front of the end zone before a pull.

A pull is the first throw by the defensive team to start the point.

The area of the field that gets the most action is the playing field since this is where the most movement and plays occur. It is typically 70x40 yards (and 70x53 yards for professionals).

The sidelines are the lines on either side of the playing field meant to separate the players from the team and onlookers.

The line at the back of the end zone acts the same way.

If the disc flies over those lines and does not land on the field of play, then it will be out of bounds.

A point will be given to a player if their first point of contact, after catching the disc, is inside the end zone lines but if they land on the front line, then they are not in.

When the disc is thrown out the back of the end zone or out of bounds in the end zone, then a player on offense can walk the disc up to the brick mark spot on the field, then start the point.

The brick mark is 20 yards away from the front of the end zone, in the middle between each sideline.

This aspect of the field is not usually marked so players must remember how far to walk when setting up.

This mark is used differently in other communities of Ultimate so be sure to ask the other players around you about what their rules are.

When playing with fewer people on the field for a typically less official game of Ultimate, one needs to make the length and width of the field smaller to accommodate. 5v5 is mostly used when playing on the beach.

When the ratio is 5v5 instead of 7v7, the field gets shortened to accommodate those players. The official dimensions are disputed but one field dimension can be 82x27 yards with 16-yard end zones.

Another dimension size can be 50x30 yards with 10-yard end zones.

The field is the center point of the game and the topmost important aspects of Ultimate apart from the disc itself. The field of play is positioned between two endzones and two sidelines. 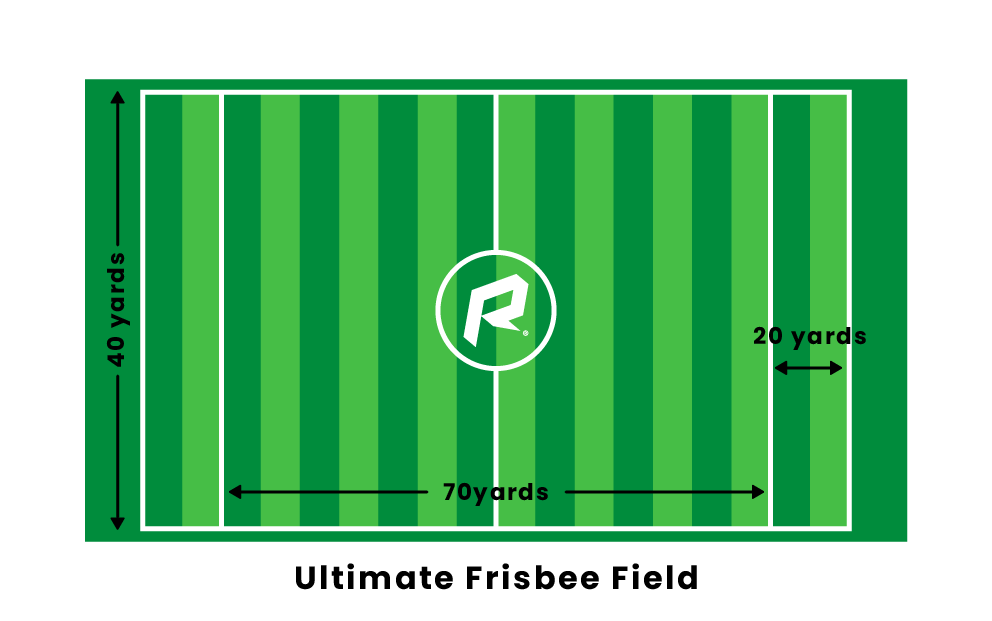 Pages Related to What Are The Lines And Parts Of An Ultimate Frisbee Field?