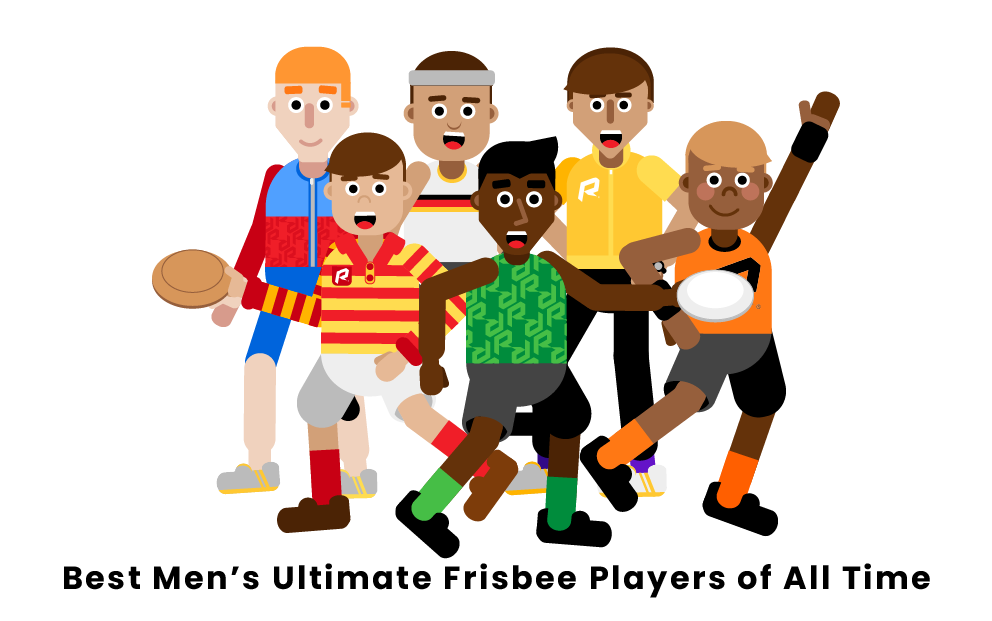 Ultimate frisbee is a sport that is beloved by many, with easy-to-learn premises and players and fans who love the sport with a passion. It has grown in popularity and recognition over the years, and this list will highlight some of the best players who helped make the sport what it is today.

Who are the best men’s ultimate frisbee players of all time?

Beau Kittredge is not only a living legend of the ultimate world but one of the best to ever play the game. Known for his unprecedented athleticism, including a 36-inch vertical and a sub-4.4 second 40-meter run time, it was not long before Beau started having success in the world of ultimate frisbee. In college, he helped lead Colorado Mamabird to a college title, and after graduating, he joined the San Francisco Revolver club team, where his pro dominance began. Beau won five USAU Championships, helped form the international team, won two Gold medals, and joined the AUDL, where he won MVP in back-to-back years.

Mark Lloyd is one of the best Canadian ultimate players ever. Lloyd started his career in 2013 with the Toronto Rush as a hybrid player and won the AUDL Championship with the team that same year. He continued his success afterward, winning Canadian Athlete of the Year in 2014, being named to the AUDL All-Star Game, and being named to Ultiworld’s All-Club First Team. After his successful playing career, he transitioned to a management role with the same club he played for and now serves as the chairman for the team, speaking to his importance to the team and sport as a whole.

Kurt Gibson is an absolute force in the ultimate world. He played for the Colorado Johnny Bravo club team and started his career off with pure dominance in college, winning a national championship in 2006. He then continued his success outside of college in the pro ranks of AUDL. Gibson won two AUDL championships with two different teams, one in 2014 as part of the San Jose Spiders and one in 2016 as a member of the Dallas Roughnecks. Gibson also represented Ultimate on an international scale as he became a two-time USA World Champion.

Ashlin Joye is an American Ultimate Frisbee player for the San Francisco Revolver Club, Team USA's Men's National team, and also had a brief stint playing in the AUDL for the San Francisco Flamethrowers and the Oakland Spiders from 2015 to 2017. He had immense success throughout his career, ending it with a resume that includes two World Ultimate and Guts Championships, four National Championships, and a Peter Farricker award. Being one of the most skilled and impactful players in the history of ultimate frisbee, Joye undoubtedly deserves a spot on this list.

Cassidy Rasmussen may be one of the younger members on this list in terms of career length, but he is undoubtedly one of the best ultimate players ever. He played with the California Santa Cruz Banana Slugs at the collegiate level and later with the San Francisco Revolver club team. With the Revolvers, he won two National Championships in 2015 and 2017. Cassidy then went on to join the AUDL, where he played with numerous clubs, including the San Francisco FlameThrowers, Oakland Spiders, and the Dallas Legion. Cassidy Finally won the AUDL title in 2017, when he returned to the San Francisco FlameThrowers after leaving the club initially in 2015.

Who is the best men’s ultimate frisbee player of all time?

The best men’s ultimate frisbee player of all time is Beau Kittredge; he is widely considered the best by many fans of the sport. His stats speak for themselves, five USAU Championships, two International Gold Medals, and two AUDL MVPs. His athleticism as a cutter for Pro Club San Fransico Revolver changed how the game was seen by fans, which helped bring Ultimate into the national spotlight as a respectable sport filled with quality athletes.

What men’s ultimate frisbee player has won the most WFDF World Ultimate Championships?

Beau Kittredge and Ashlin Joye have won the WFDF World Ultimate Championship two times apiece, tying them for most all time. Many dominant athletes have been on the Team USA Ultimate roster over the years, but these two stand out among the rest. Both Beau and Ashlin were a part of the 2012 and 2016 USA rosters that won the gold and were integral parts of the team's success during these years.

What men’s ultimate frisbee player has won the most league MVP awards all time?

The AUDL was first officially recognized during the 2012 season as the primary pro-level club circuit for ultimate frisbee players; many distinguished players have won MVP during its time, but three have tied for the most MVPs. The first is Jonathan "Goose" Helton, who won it in 2012 and 2013, the second two-time MVP is Beau Kittredge, who won it the following two years in 2014 and 2015, and the final player is Ben Jagt, who won the MVP award in 2020 and 2021.