What Are The Main Distances In An Olympic Triathlon? 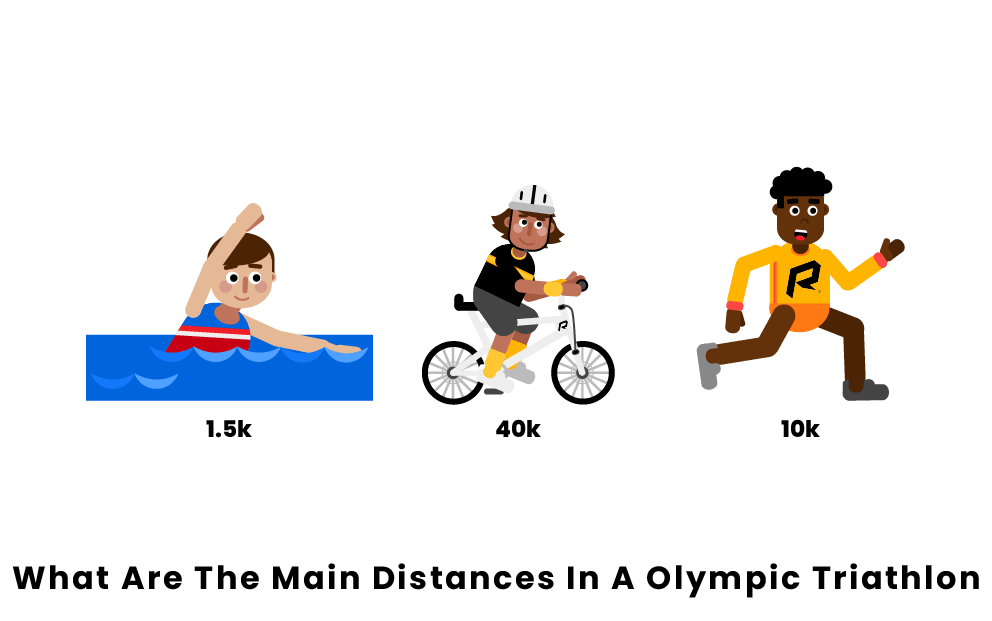 Triathlon has quite a few different distances. Normally, triathlons can be of a few different distances. The most well known distance is the Ironman Triathlon, often considered the most difficult race on earth. This race is composed of a 3.8km (2.4 mile) swim, 180.2km (112 mile) bike ride and a complete marathon, 42.2km (26.2 mile). Few can compete at this level, the sport is a test of endurance and many athletes are not capable of performing in the grueling race that can take over half a day to complete. Variations of the iron man exist, including the popular half Ironman, the Ironman but all of the distances are cut in half. Another popular variety is a sprint triathlon, more for casual athletes, people looking for exercise as an example. This 750meter (0.47 mile) swim, 20km (12.5mile) bike ride, and a 5km (3.1 mile) run.

The Olympic Triathlon is a distance between a sprint and a half Ironman. The official distances for Olympic triathlon are a 1.5km (0.93mile) swim, a 40km (25mile) bike ride, and finishing with a 10km (6.2mile) run. For all triathlons, the swim occurs first, followed by the bike ride and finishing with the run. The distance of the Olympic Triathlon allows for the athletes to complete it in reasonable times, they are not racing for entire days, but also is a challenging and exhausting distance. In 2016, for instance, the Brownlee brothers, Alistair and Jonathon, came in first and second respectively with times of 1:45:01 and 1:45:07.

Pages Related to What Are The Main Distances In An Olympic Triathlon?