Are You Allowed To Rest During A Triathlon Swim? 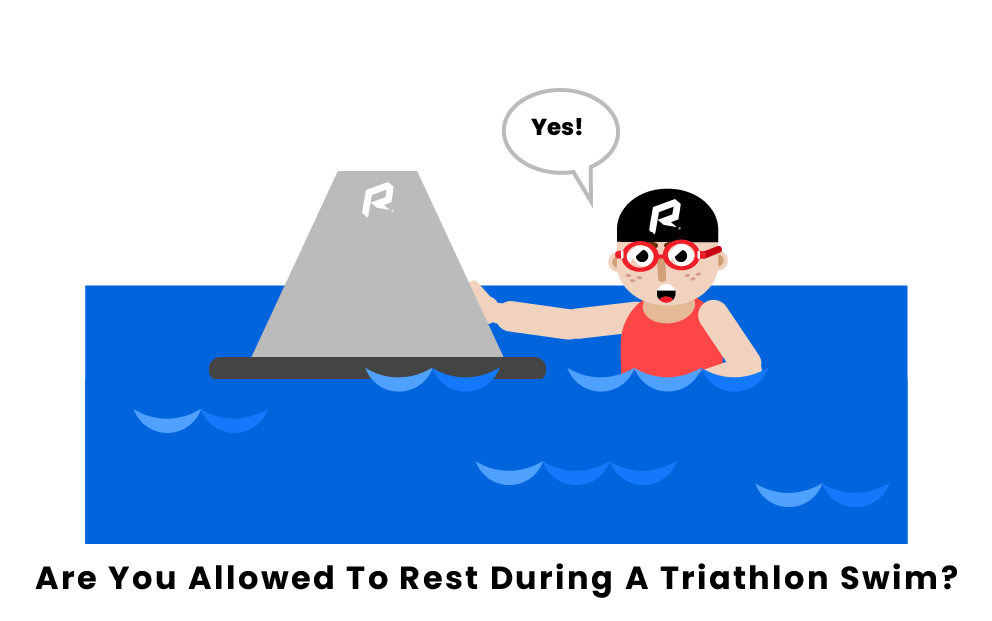 Yes, you are allowed to rest during the swimming segment of a triathlon.

Any participant is allowed to rest anytime during a triathlon, or any event for that matter. Resting is vital to a participants health and safety when needed so it is important to stop and rest if need be.

Swimmers can rest by standing in shallow water or by resting on a buoy which marks the course the swimmers are to follow.

The swimming portion of a triathlon can vary in distance, but the standard is 1,500 meters. 1,500 meters is 150m less than a mile, requiring endurance.

During a triathlon, the competitor's health and safety is the utmost priority. Water is handed out at the beginning, middle, and end of the race. Trainers and medical personnel are on-call at all times. There are also guidelines in place to secure the safety of the competitors and the public watching the event. If an athlete becomes tired or starts struggling at any point of a triathlon, they are allowed to stop and rest.

Pages Related to Are You Allowed To Rest During A Triathlon Swim?