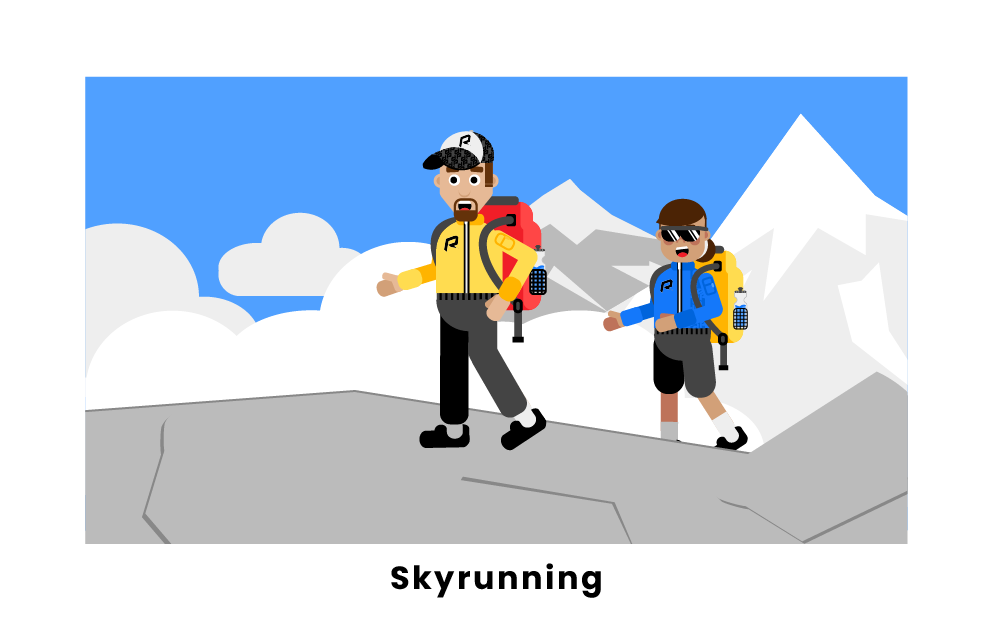 Skyrunning is a sport for the most ambitious and adventurous runners, those unafraid to go where the sky meets the earth at some of the world’s largest, most breathtaking mountain chains. Runners race through mountain trails that, while steep, do not have a sharp enough incline to require actual rock climbing. Some runners make the trek for the experience and scenery, while others are amongst the most competitive racers in the world who are looking for a challenge. Official skyrunning competitions come in a few variations, from uphill-only sprint races to long-distance SkyUltra races, which can take up to 16 hours to complete.

Skyrunning was founded in the early 1990’s when Marino Giacometti, the current president of the International Skyrunning Federation, arranged the first-ever mountain racing competition across the highest peaks of the Italian Alps. Since then, the sport has grown around the world, with popular skyrunning trails everywhere from the Himalayas to the volcano chains of Mexico.

Skyrunning is a sport in which runners race through mountain trails with altitudes at least 2,000 meters high. Traveling with typically just a light backpack, they use exceptional endurance and agility to run through steep, sometimes rocky terrain on some of the tallest mountain chains in the world. People can skyrun either for the sake of experiencing a beautiful landscape or for competing in some of the most challenging races in the world.

What are the most popular places to go skyrunning?

As high-altitude landscapes define the skyrunning experience, skyrunners go to great lengths to seek out beautiful and historic mountain ranges for their journey.  The Appalachian Trail in the United States attracts many skyrunners every year, while the Himalayan trail is perhaps the most popular and beautiful skyrunning location on the Asian continent. The Italian Alps, where the sport began, have also remained a classic, popular location to run.

What are the biggest skyrunning events?

Pages Related to What is Skyrunning?