What is Weight Throw? 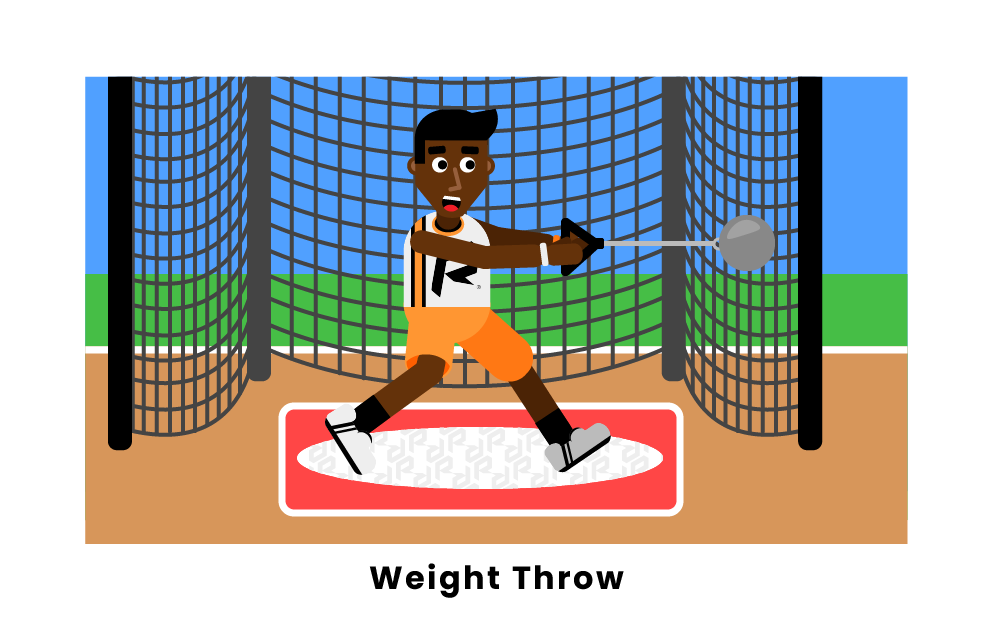 Weight throw is a track and field sport that is popular for high school and college athletics. The sport requires strength and proper technique to perform well, and is often held indoors.

Weight throw is one of the world's oldest sports, evolving from Scottish games in the 18th century. Women's competitions were not introduced until 1995 in the Olympics. The men's hammer weighs 16 pounds while the women's hammer weighs 8 pounds. 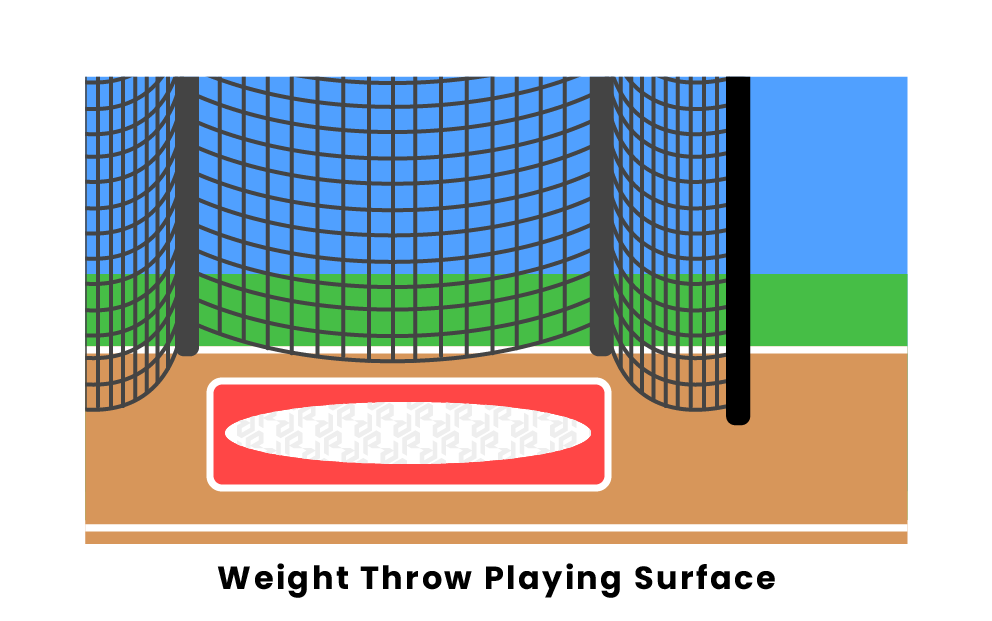 Weight throw competitions are held on an indoor track and field. The area for the weight throw is a cement circle covered by a tall fence. Participants perform their throws in the caged area. 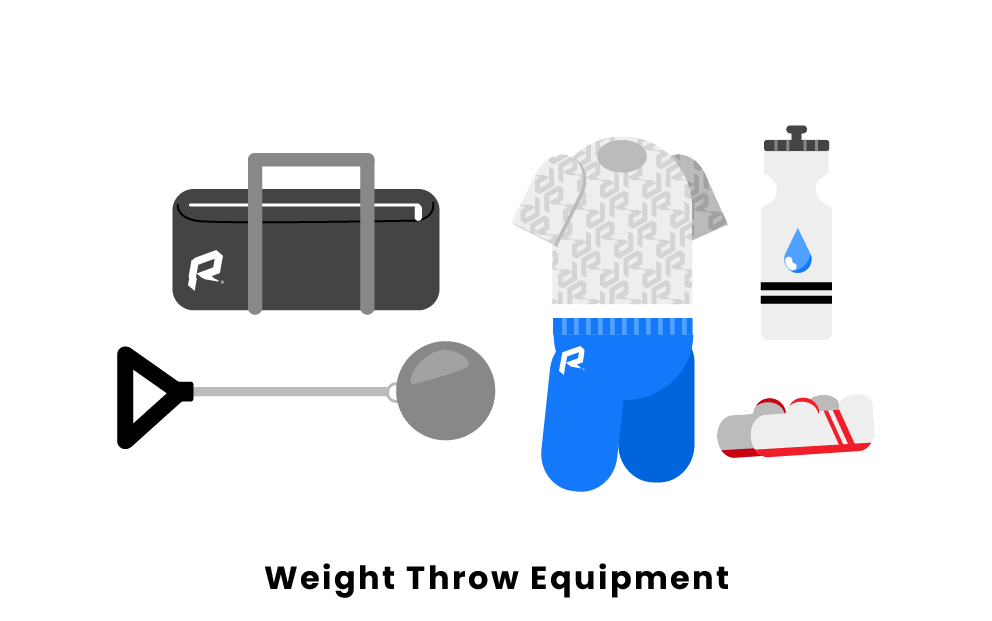 The hammer is the most essential item for weight throwing. Duffel bags and hammer racks offer storage options for competitors, and gloves and safety cages offer protection to athletes and spectators.

Here is the essential weight throw equipment you should have:

The goal of the weight throw is to throw the hammer farther than other competitors. There are markers for distance beyond the throwing circle where legal throws are marked. Only a certain number of participants will advance to the next round after throws have been completed.

Here are the most important weight throw rules you should know:

Athletes work hard to perfect their technique to compete at the highest level. To generate the most power, grab the hammer with both hands and start at the back of the throwing circle. Next, create force by bending the knees and spinning two or three times, finally releasing the hammer at an angle of about 45 degrees.

Here are the most important weight throw strategies you should know: 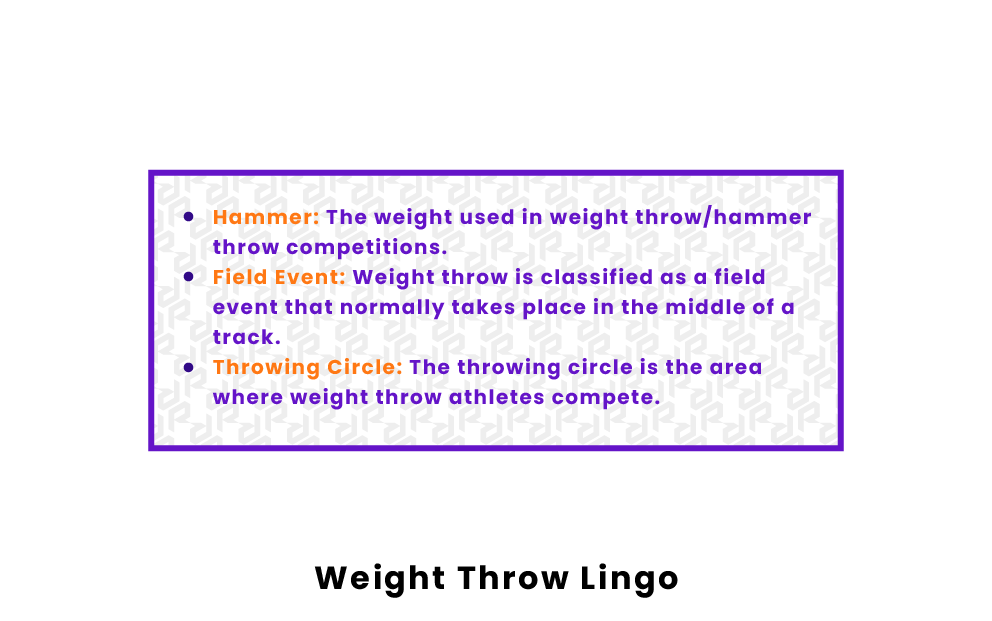 Here is the common lingo and slang in weight throw:

Here are the most famous weight throw athletes you should know: 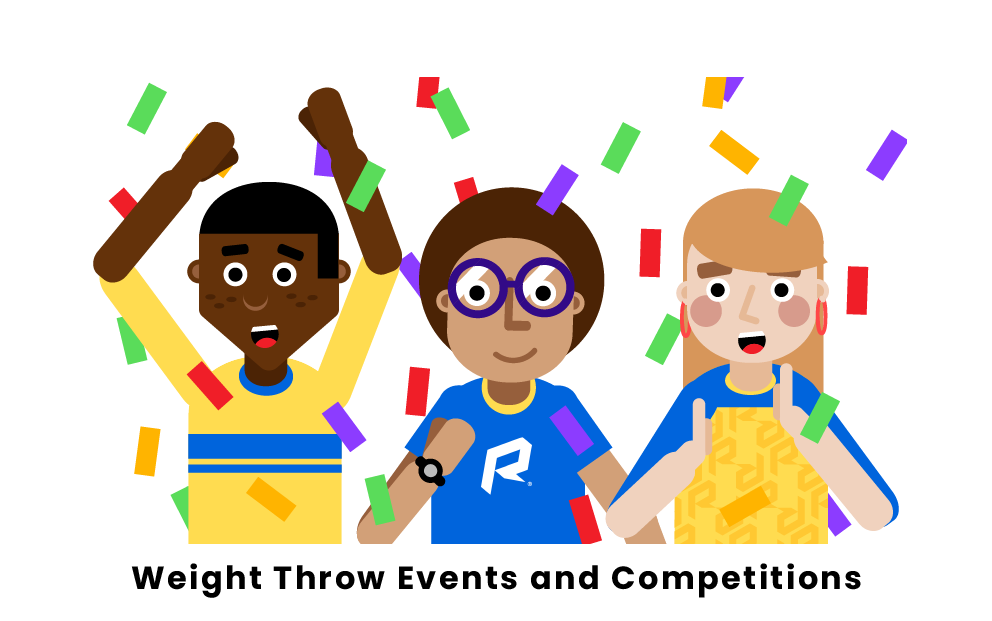 While the weight throw is not as popular as its outdoor counterpart, the hammer throw, events involving throwing are watched worldwide. Two major events consistently offer throwing competitions; the Olympics and the World Athletics Championships. The Olympics only occur every 4 years, but World Athletics hosts many competitions throughout each year. This gives participants plenty of time to train in preparation for the Olympics.

Here are the most popular tournaments in weight throw:

Olympics: The Summer Olympics occur once every 4 years and include track and field events like the hammer throw. Weight throw is not officially recognized as an Olympic sport.

Are weight throw and hammer throw the same?

Is weight throwing an Olympic sport?

No, but hammer throw is recognized as an official Olympic sport and has been a part of the event since the 1900 games in Paris.

Pages Related to What is Weight Throw?