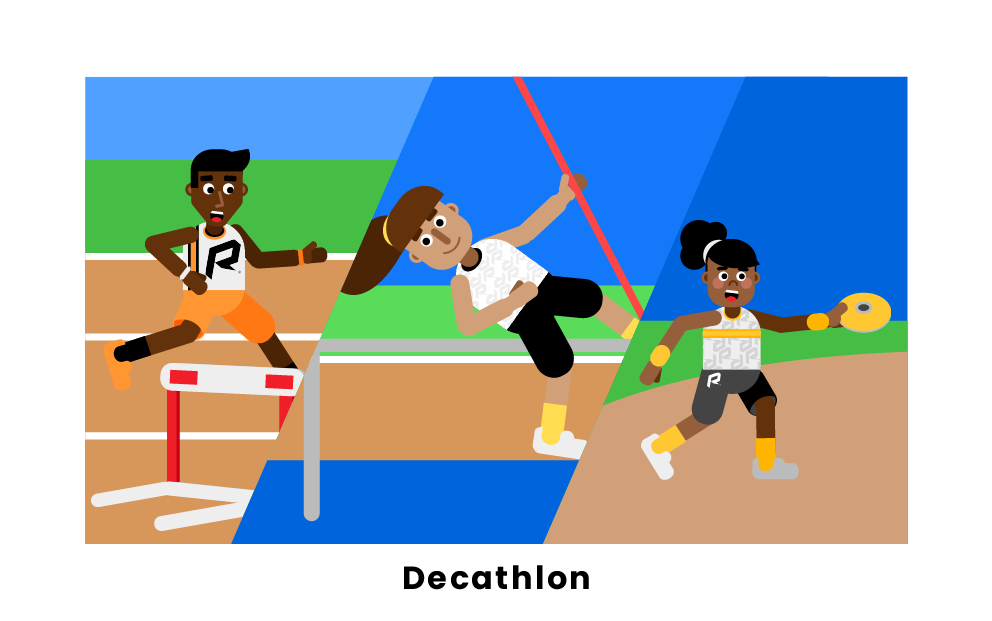 A decathlon is an event that combines 10 different elements of track and field. These events include the high jump, long jump, 100 meters race, 400 meters race, 1500 meters race, 110 meters hurdle, javelin, discus, pole vault, and shot put. Each of these events is assigned points, and the athlete with the most at the end is the winner.

The history of the decathlon starts with the pentathlon, an event in the ancient Olympic games consisting of five events; the long jump, discus, javelin, sprint, and wrestling. The first event that resembled the modern day decathlon was in the 1911 Olympics, which were held in Stockholm, Sweden. The winner of this was legendary American athlete Jim Thorpe and the event has been held in every Olympics since. 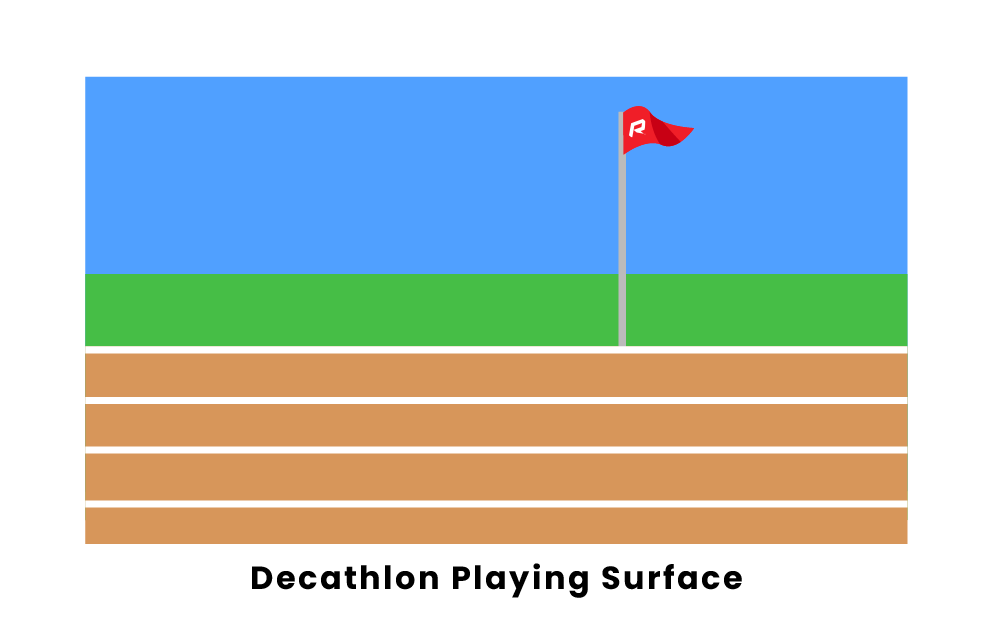 Since the decathlon is made up of ten different events, multiple playing surfaces are needed. All of these surfaces can be found in a track and field arena. The four races can be held on the track and the throwing and jumping events can be done on the infield. This makes the event easy to put on because it can all be contained in one area. 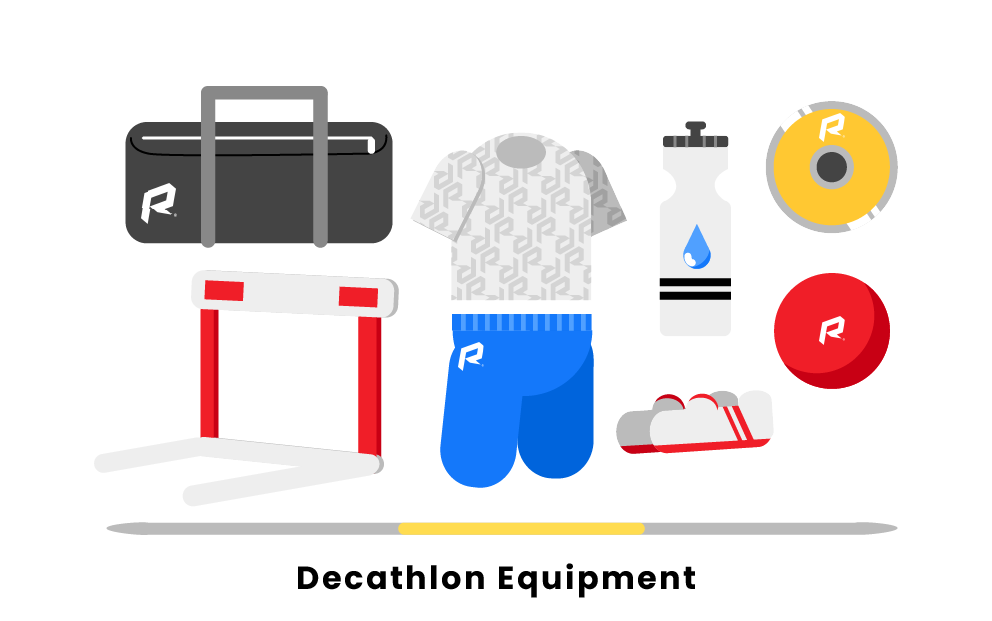 Even though the decathlon has ten events, many pieces of equipment can be used throughout.

Here is the essential decathlon equipment you should have:

Discus: The discus is a weighted disc that is thrown. It is heavy and round and players throw it as far as they can to complete the discus portion of the decathlon.

Javelin: The javelin is a sphere that is thrown. It includes a pointy end and when thrown,  is meant to stick in the ground and stand up.

Running shoes: Since there are four events that include running, running shoes are essential for competing in a decathlon. These can be worn in all events and are the only piece of equipment needed for the long jump.

Shot put: The shot put is a large ball that is thrown. It is very heavy, round, and awkward to hold, making the event challenging.

Even though ten events make up a full decathlon, they all have different point values. That means the objective of the sport is to get more points than your opponent. Instead of two teams competing against each other, there are multiple competitors in the same decathlon. 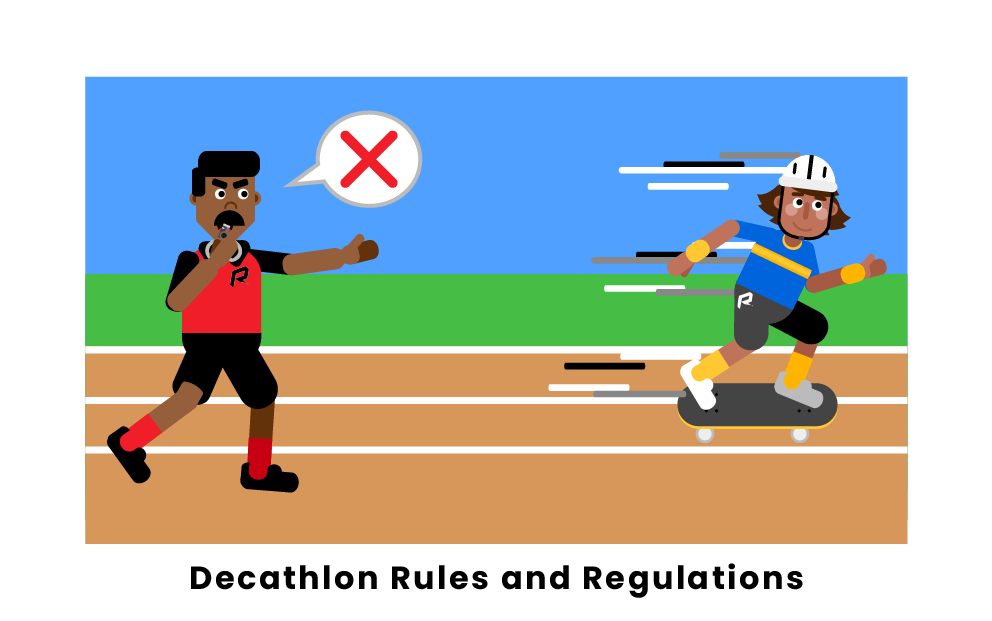 Since there are so many events, many rules go along with a decathlon. Here are some of the most important ones to know before participating.

Here are the most important decathlon rules to know:

For javelin, discus, shot put, and long jump, each competitor is allowed three attempts. The best of these attempts is taken as the official attempt.

Athletes must make an attempt in all 10 events of the decathlon. If a competitor fails to try in an event, they are disqualified from the decathlon.

Here are the most important decathlon strategies to keep in mind:

Don’t use up too much energy in one event. Since it is a long competition, it is smart to not get worn out during the first three events each day.

Don’t get too down with one bad event. There are many different events where points can be made up. 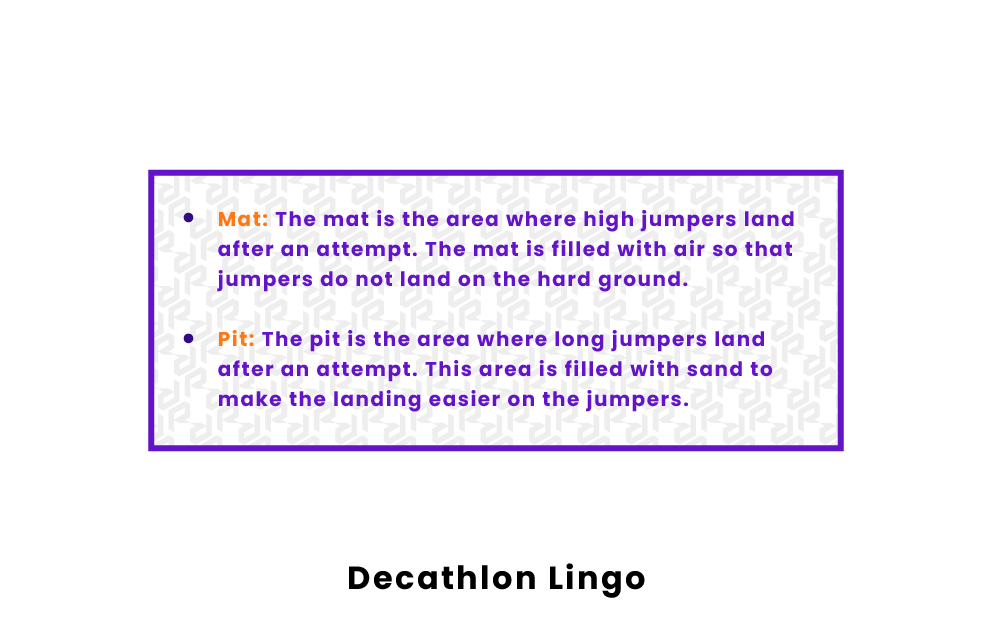 Here is the common lingo and slang in decathlon:

During its long history, there have been many athletes that have competed in the decathlon, with some standing above the rest.

Jim Thorpe: Widely considered to be one of the greatest athletes of all time, Jim Thorpe won the first ever Olympic gold medal in the decathlon. He achieved this by scoring 700 points more than the next closest competitor.

Caitlyn Jenner: One of the most recognizable celebrities, Caitlyn Jenner rose to fame by winning the decathlon at the 1976 Summer Olympics in Montreal. This win was widely celebrated in the United States and her celebration afterwards is one of the most iconic scenes in American Olympic history.

The Olympic decathlon is the most watched event in the sport. The greatest decathletes in the world come together and compete for two days. Because of the nature of the sport, there aren’t many decathlons hosted. During the Olympics, the event is held for both the men and women.

What is the difference between a decathlon and a pentathlon?

A decathlon can only be held if all ten events are completed. A pentathlon is a shorter version where there are only five events held, which is easier for athletes to compete in.

How does someone become a decathlete?

Since the decathlon is such a specialized event, not many people worldwide compete. Anyone can become a decathlete but it takes hard work and dedication. The current decathlon Olympians have been training their whole lives, and it shows by the performances they put on.

How does the scoring work?

The scoring for the decathlon is very complicated. It uses a formula that takes the results of the events into account and produces a score for each competitor. This is why it is essential for athletes to finish all events when taking part in a decathlon.

Pages Related to What is Decathlon?