What are the rules of Triple Jump? 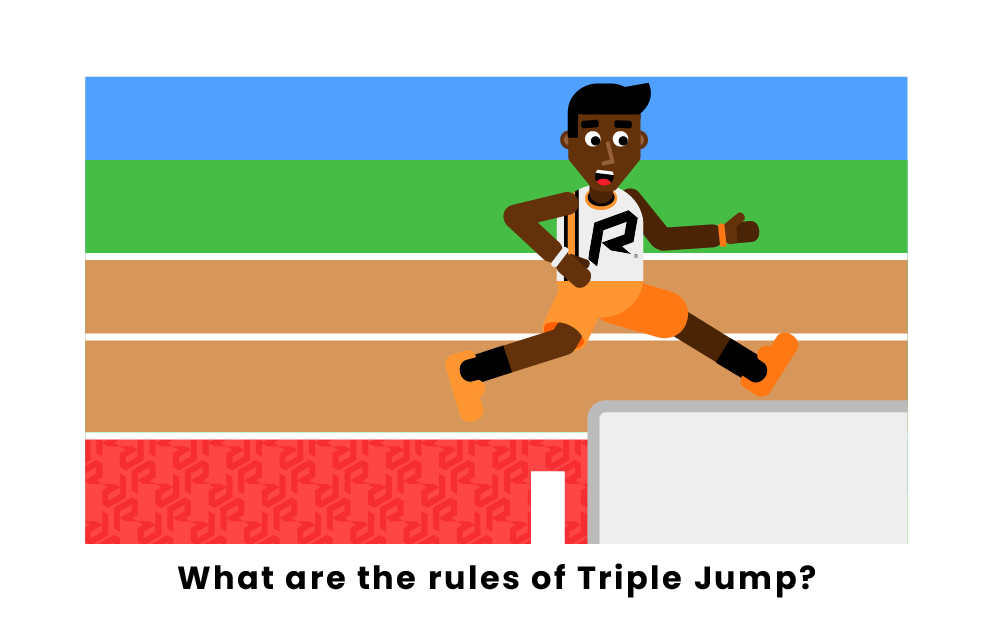 Triple jump is one of the lesser-known events in track and field, but it features some of the most jaw-dropping athletes in the sport. While the concept of the jump is somewhat cumbersome, the event’s best athletes make it look graceful and leap astounding distances with ease. Though it may seem as simple as a hop, skip, and jump, there are a few rules to triple jump that contestants must follow to qualify. To learn about these rules, keep reading.

At its core, the triple jump features a running start into three consecutive jumps off one foot, ending with a landing in a sand pit. The basics of triple jump include five main parts. These are the approach, hop, skip, jump, and landing. The original version was more of a “double jump” with only two jumps, and the distances being jumped have vastly increased since the inclusion of the third jump in 1896. In addition, the material of the tracks and boards being jumped off of has been improved to be more forgiving on jumpers and more responsive to force. In official competitions such as the Olympics, competitors in the event get three attempts, with their best jump being used as their score. Triple jump has been a part of the Olympics on the men’s side since 1896 and on the women’s side since 1996. 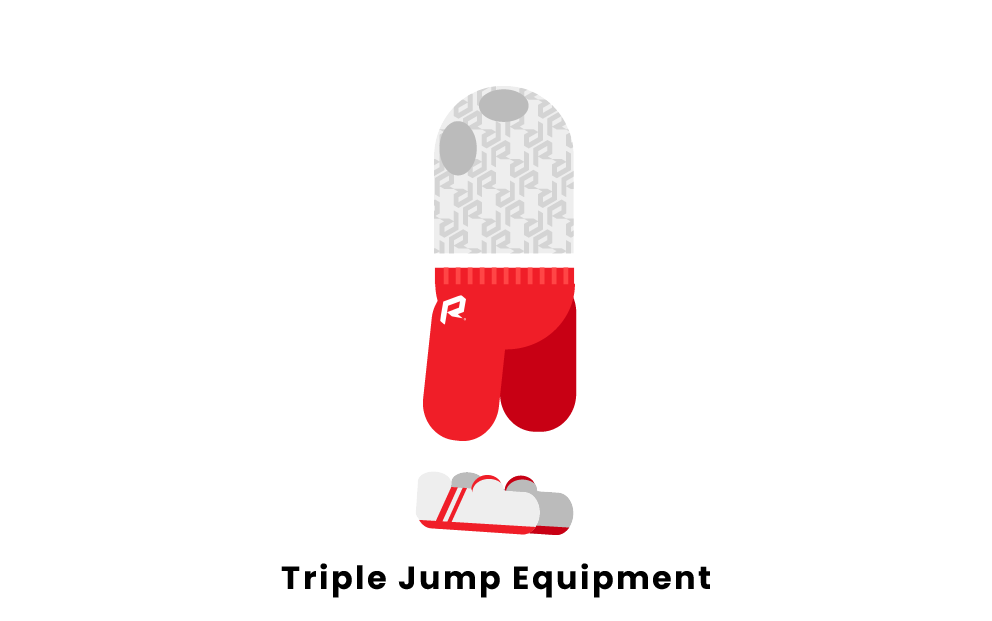 Though athletes only have one piece of equipment they need for triple jump, numerous other things must be set up before the event can begin. For jumpers, the primary piece of equipment used is special track shoes. These shoes have metal spikes that allow jumpers to gain more speed heading into their jumps and make it easier for competitors to continuously leap. However, some regulations on these shoes ensure no athlete is gaining an unfair advantage. The sole of a triple jump shoe cannot be more than 25 millimeters thick. In addition, the sole at the shoe’s forefoot cannot be higher than the sole in the shoe’s heel. This rule makes sure shoes are not uneven or tilted to help jumpers gain a leg up on the competition.

The other equipment used in triple jump includes the runway, the jumping boards, and the sand pit. For the runway, the material used must be the same as that on the track, and it cannot have a gradient of more than 0.1 percent in any direction. When it comes to the boards, they must be made of laminated wood painted white to clearly distinguish them on the jumping surface. In addition, boards must be eight inches wide, and the distance from the pit to the furthest board should be at least 13 meters, or 42.7 feet, for men’s competition.

Finally, the sand pit has strict regulations to protect jumpers’ safety. The pit should be approximately 2.75 meters (or nine feet) wide and nine meters (or 29.5 feet) long. The type of sand used in the pit must be of a specific kind; regulations call for clean-washed silica sand that has smooth, rounded particles. This type of sand is used for jumping events since it is very soft and allows jumpers to land smoothly. It is also good for preventing injuries, and the responsiveness of the sand to landings creates distinct marks that are easy for officials to measure.

There are not many rules to triple jump, but the few that exist must be followed closely if athletes wish to have their jump counted. For the jump itself, there is a specific three-step process that must be followed. Jumpers take off on the foot of their choosing, then land on that same foot before jumping again. The second jump lands the athlete on their other foot, where they take their final leap into the sand. For example, if a jumper were to jump off the board with their right foot, they would have to land on their right foot again and perform another jump. The second jump off the right foot should land the athlete on their left foot, where they take their final leap. If an athlete lands on the wrong foot or two feet are ever touching the ground at the same time, a fault is called.

Another important rule dictates where jumpers can take off for their first jump. The first board, located about 43 feet from the edge of the pit, is the one athletes must start their jump by. Jumpers can take off anywhere on the runway before this board, but they cannot jump anywhere past the board. Ideally, jumpers take off directly on top of the board, as doing so allows for a better first jump than can be achieved off the softer surface of the track. The rules for going past the board are very strict; if any part of the jumper’s foot is over the front edge of the board, a fault is called, and the jump does not count for scoring purposes. However, it still gets marked down as an official attempt, meaning jumpers need to be careful not to fault too many times, or they risk not recording a score at all.

When landing their jump, athletes must consider a few things. Of course, any jump that does not land in the pit will not be counted, but even for jumps in the pit, there are some nuances to be aware of. Just like in long jump, a triple jumper’s mark is measured at their first point of entry into the pit. So, even if a jumper’s feet end up at 50 feet, for example, if their back lands at 48 feet, then 48 feet will be their recorded score. This has led to jumpers spending decades attempting to perfect the landing form for the event to bring the back of their mark as close to the front as possible. Any sort of landing is permitted, but jumpers must be careful not to hurt themselves.

If a jumper takes off anywhere past the front edge of the board, alternates their steps, or has two feet on the ground for any of the jumps, they are called for a fault, and their jump does not count for scoring. In addition, the jump counts as an attempt, and it is possible for jumpers to fault on all three of their jumps, resulting in them failing to record an official score. Judges sit right in line with the board and watch closely; if any part of a jumper’s foot is over the board even by a centimeter, the judge will raise a red flag, signaling a fault has been called.

How often do faults occur in professional competition?

Faults occur more often than many people may guess when it comes to professional competition. In any given Olympic heat, fans are sure to see multiple faults. Though triple jumpers spend years perfecting their steps on the runway, mistakes still happen. This can be due to a number of reasons. The adrenaline from competing in a big event can cause jumpers to run slightly faster or lose their focus on their steps. In addition, factors such as wind speed and the responsiveness of a specific runway can cause athletes to miss their mark.

Have there been any rule changes in the history of triple jump?

Perhaps the biggest change in the event’s history was the forced inclusion of two hops rather than one. When the event was first featured at the 1896 Olympic Games, the winner James Connolly took only one hop then switched legs before switching back. This means, rather than taking two jumps off the same foot before switching, Connolly alternated feet on each of his jumps. This technique is much easier than the modern form, and it was outlawed after Connolly won his gold medal.

Pages Related to What are the rules of Triple Jump?