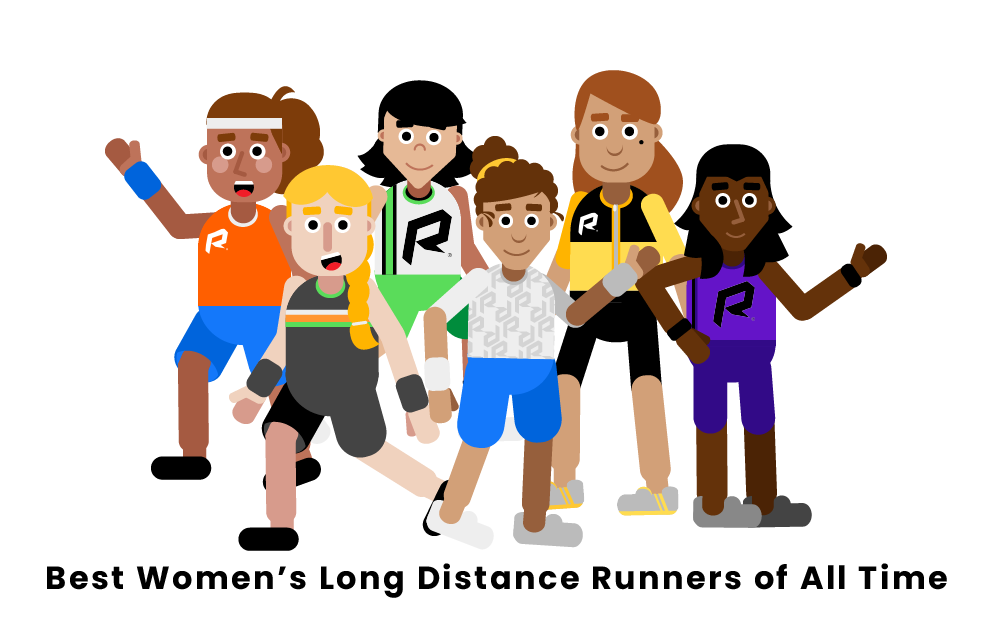 What are the best women's long distance runners in the world?

It’s no question that Tirunesh Dibaba has the most impressive resume ever when it comes to women’s long distance running. She made her Olympic debut in 2004 and won bronze in the 5,000 meters, but that was just a small taste of what was to come. Over her next three Olympics, Dibaba won two more bronze and three gold medals, putting her at six medals total, the most ever by a women’s long distance runner. She was also dominant outside of the Olympic setting, winning five separate gold medals at the World Championships and one silver. She was also a five-time winner at the World Cross Country Championships, and her time in the 5,000 meters is the second-best of any woman ever.

One of the best active long distance runners, Sifan Hassan, is a European legend. Hailing from Britain, she currently holds ten different women’s European records in long distance, including times from the 5,000 and 10,000 meters, and the marathon. Overall, Hassan has had to settle for second on the world record leaderboard regarding the 5k, but that doesn’t mean she hasn’t come in first plenty of times. She is a two-time gold medalist at the Olympic Games (where she also won a bronze) and has two gold medals from both the World and European Championships. She has world records in the mile and the one-hour run and has won four Diamond League titles.

One of the many great Kenyan runners, Vivian Jepkemoi Cheruiyot, stands out from the rest of the pack because of her elite list of accomplishments. She took home a bronze and a silver medal from the Olympic Games in 2012, but she wasn’t done there. Cheruiyot came back four years later and captured another silver and her first-ever gold in the women’s 5,000 meters. Internationally, Cheruiyot was routinely on top, winning four gold medals and a silver at the World Championships. She also seized two golds at the World Cross Country Championships and owns a gold from both the World Athletics Finals and the African Championships. She is a 12-time Diamond League winner and a two-time Golden League winner.

When it comes to rising stars in the world of track and field, perhaps no one is shooting up the charts faster than Letesenbet Gidey. The Ethiopian star is only 24 years old, yet she has already accomplished a lifetime’s work. She is the current world record holder in the women’s 5,000 meters (14:06:62) and 10,000 meters (29:01:03). She also owns the world record in the women’s half marathon (1:02:52). At her first-ever Olympics in 2021, Gidey won a bronze medal in the 10k, but she has had many other successes. She has won two World Cross Country Championships golds and a bronze; in 2019, she took home silver at the World Championships.

An extremely well-rounded runner, Almaz Ayana’s name can be found on multiple world record leaderboards. She boasts the third-fastest time ever by a woman in the 5,000 meters (14:12:59) and also has the world’s third-best time in the women’s 10,000 meters (29:17:45). At the Olympic Games in 2016, she won a bronze medal in the 5k and captured the gold in the 10k, representing a pair of the many medals in her trophy case. Ayana also owns two World Championships golds and a silver and a bronze from the same competition. She won an African Championships gold in 2014 and is a four-time winner in the Diamond League.

One of the best women’s marathoners of the current generation, Peres Jepchirchir, has overcome a lot to get where she is today. She was a complete unknown in the track world when she entered the Kenyan Cross Country Championships in 2014, but people began to take notice after her second-place finish. She trained at home in Kenya for years before becoming a force in international competition. In 2016, she won her first-ever World Half Marathon Championships gold, an effort she would repeat in 2020. In 2017, Jepchirchir broke the world record for a half marathon in a women’s only race with a time of 1:05:06. What made that run so impressive was that she was already a few weeks pregnant at the time. In 2021 at her first Olympics, Jepchirchir won gold in the marathon, and at just 28 years old, she’ll be looking to add to her accolades in the coming years.

Who is the best women's long distance runner in the world?

Currently, the best women’s long distance runner in the world is Letesenbet Gidey. Gidey’s numbers are better than one could even hope to achieve in a video game, as she holds three world records currently: the women’s 5k, the women’s 10k, and the women’s half marathon. She is only 24 years old but has already won an Olympic bronze and a World Championships silver, as well as two World Cross Country Championships golds.

Who holds the world record in women's long distance runners?

The women’s long distance runner with the most Olympic gold medals is Tirunesh Dibaba with three. Dibaba won her first two gold medals at the 2008 Olympic Games, besting the competition in both the 5,000 meters and the 10,000 meters. In 2012, Dibaba returned to take the gold in the 10k, giving her three gold medals all-time. She has also won five gold medals at both the World Championships and World Cross Country Championships.