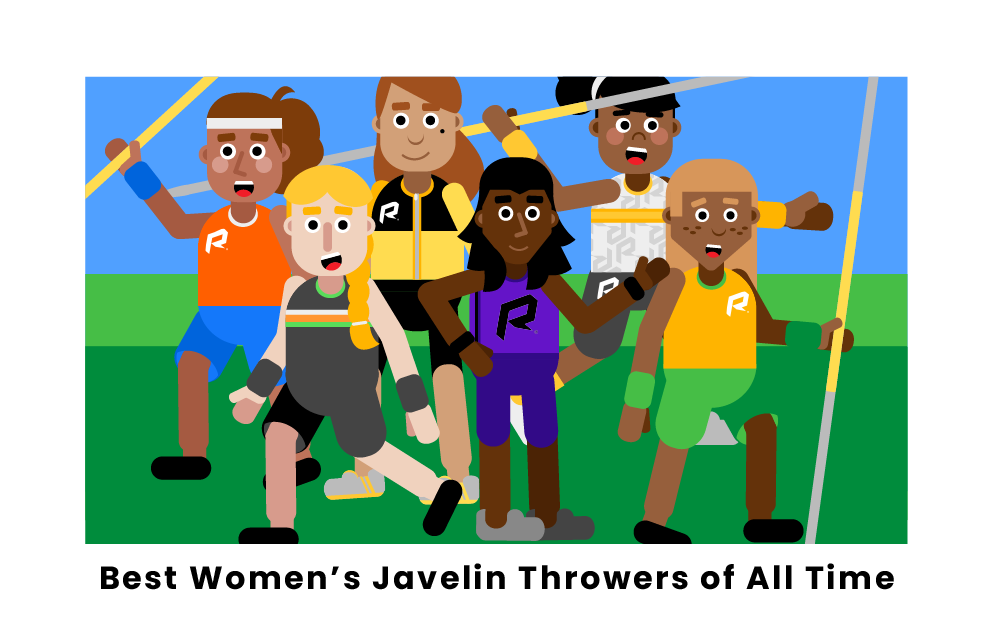 Javelin throwers have an objective that humans from any era would understand: throw a spear as far as possible. Though it may seem simple, actually competing at the highest level requires athletes to be so much more detailed about their approach, and only a few can ever reach the great heights of the world record books. Keep reading below to learn about the top six women’s javelin throwers of all time.

Who are the best women’s javelin throwers of all time?

In the history of the sport, no woman has ever thrown a javelin farther than Barbora Spotakova. In September of 2008, she launched a 72.28 meter, or 237 foot 2 inches, throw, claiming a new world record. The effort came just a month after she had won gold at the Olympics, a feat she would return to do again at the 2012 Olympics. Spotakova also won bronze in the 2016 Olympics, but that’s not the end of her medal list. She won three gold medals at the World Championships as well as a silver and also has four gold medals from the World Athletics Finals. She has won 17 Diamond League titles in her career, the most ever by a female javelin thrower.

Before Spotakova threw her way to the top of the leaderboard, Olisdeilys Menendez was the world record holder. She won bronze at the 2000 Olympics and came back in 2004 to win the gold medal, the only Cuban javelin thrower ever to do so. Menendez also won a number of international competitions, with two gold medals each from the World Championships, Pan-Am Games, and World Athletics Finals. Menendez was the first Latin American woman to ever break a javelin world record when she did so in 2005.

Though Maria Andrejczyk may not have the same long list of accolades that some others on this list possess, she is one of javelin’s rising stars. At just 25 years old in 2021, Andrejczyk jumped into third all-time on the world record leaderboard when she threw an astounding 71.40 meters (or 234 feet 3 inches) at the European Winter Throwing Cup. That same year at her second-ever Olympic Games, Andrejczyk won the silver medal. She is easily the best women’s javelin thrower from Poland, winning five National Championships so far and looking to win even more.

The only other athlete on this list to record her throw in the last decade, Mariya Abakumova, is one of the most talented athletes ever in women’s javelin. She won two Diamond League titles during her career and two national championships in Russia. In 2013, the same year as her personal best, she took home a bronze medal from the World Championships and first place in the World University Games. Abakumova was a star from a young age, winning the European Under-20 Championships in 2005 before going on to have a world-class career.

One of five Germans in the top 20 all-time in women’s javelin, Christina Obergfoll was by far the most successful thrower from her country. She won silver medals at back-to-back Olympic Games in 2008 and 2012, but she also captured a few golds in her career. She took first place at the 2013 World Championships, and she didn’t stop winning there. With 13 Diamond League titles, five European Team Championships wins, and four National Championships, Obergfoll is one of the winningest women ever to throw a javelin. She also has two silver medals and a bronze medal from the World Championships and won a pair of silvers at the European Championships.

Trine Hattestad is the only woman on this list to have ever competed with the old javelin, which affected many of her personal records during the early part of her career. In 1999, the women’s javelin was redesigned to have the center of gravity shifted forward. This was done so that the javelin would land at a steeper angle and stick in the ground, but it also decreased throwing distances drastically. Hattestad set a world record with the new javelin in 2000, the same year that she won gold at the Olympic Games. She also won a bronze medal at the 1996 Games and was a two-time World Championships gold medalist, adding eight Golden League wins to her resume.

Who is the best women’s javelin thrower in the world?

Currently, the best javelin thrower in the world is Maria Andrejczyk. At just 26 years old, Andrecjzyk is already third all-time on the women’s world record leaderboard, and she’s had tremendous success in competition. She captured a silver medal at the 2021 Olympics and has five National Championships in her home country of Poland. At such a young age and already with so many accolades, Andrejczyk has a chance to go down as one of the greatest women’s javelin throwers ever.

Who holds the world record in women’s javelin throw?

Which women’s javelin thrower holds the most Olympic gold medals?

There are two women tied for the most Olympic gold medals in javelin at two per athlete. Barbora Spotakova and Ruth Fuchs both won two golds, and both did so in back-to-back fashion. Fuchs, a thrower from East Germany, repeated at the 1972 and 1976 Olympics, and Spotakova matched the feat more than thirty years later at the 2008 and 2012 Games.