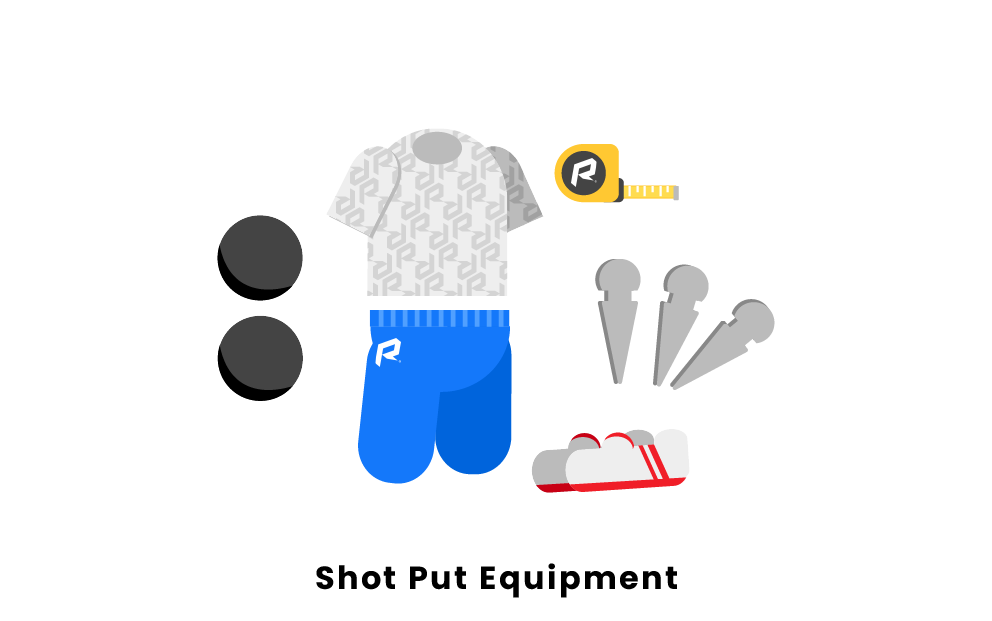 Shot put is a track and field event in which a heavy spherical ball is thrown or “put” as far as possible. Each athlete is given three tries to throw the metal ball as far as they can from a designated circle; whoever throws their ball the farthest wins.

What equipment do you need for shot put? 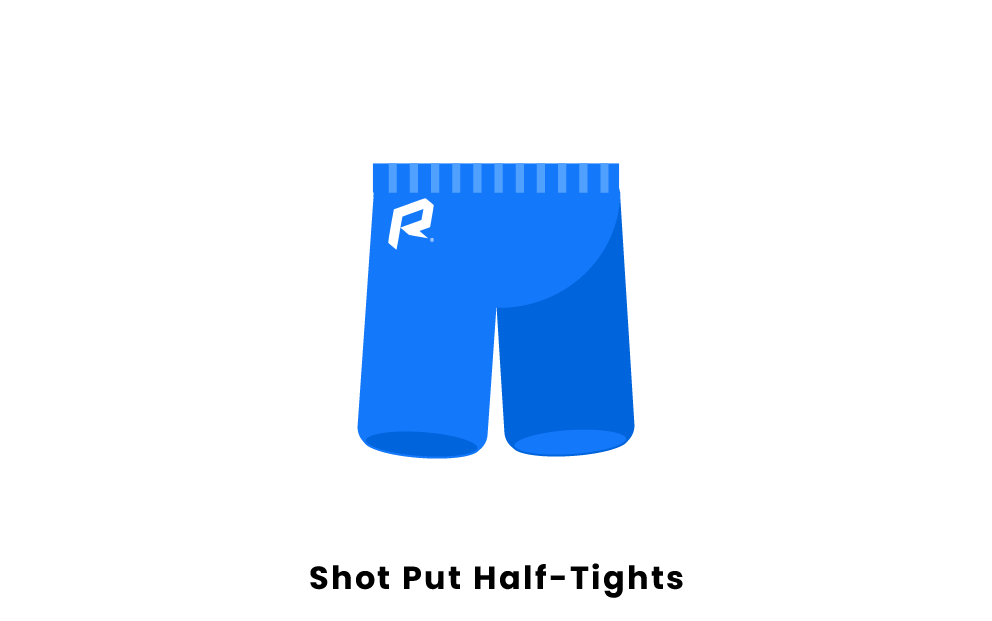 Half-tights are tight-fitting athletic shorts worn by shot putters and other track and field events. They are typically made of spandex or other tight, breathable materials. Half-tights cover the upper portion of an athlete's legs and end right above the knee. Some athletes will opt to wear shorter athletics shorts instead of half-tights. 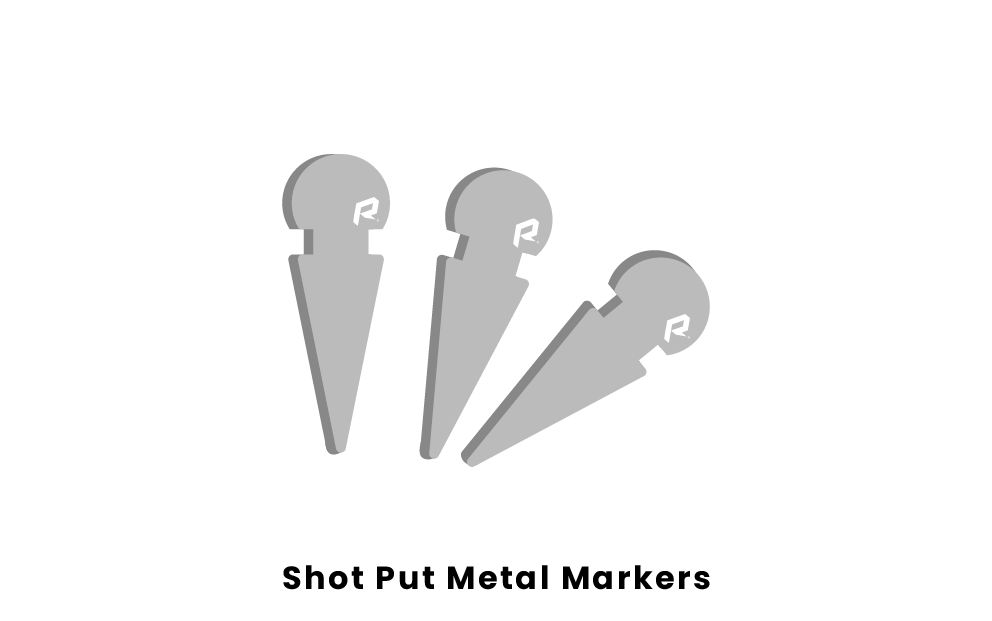 Metal markers are to mark an athlete's throws. Names and numbers can be written on the markers. Having markers speeds up meets by making it easier to mark throws. They are 7.5 inches long and have a large surface area for writing. The pointed tip allows for easy insertion into the ground. 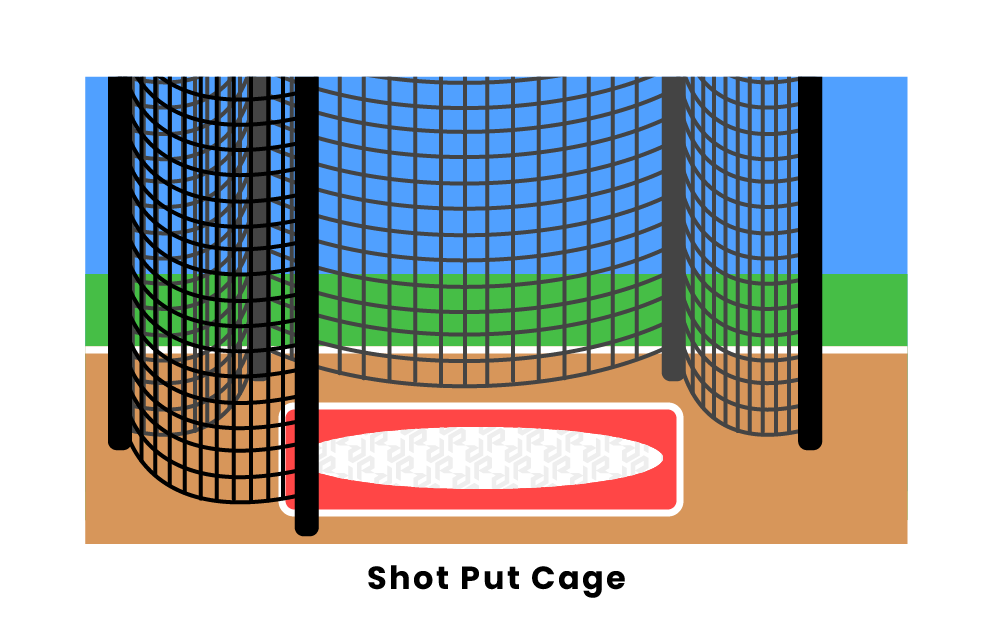 A shot put cage is used to keep shot puts and other track and field event equipment from hurting bystanders. The cage is put up around the designated throwing circle. The net prevents the flying objects from leaving the designated area. They are built with aluminum posts and weather-treated nylon to prevent weathering. 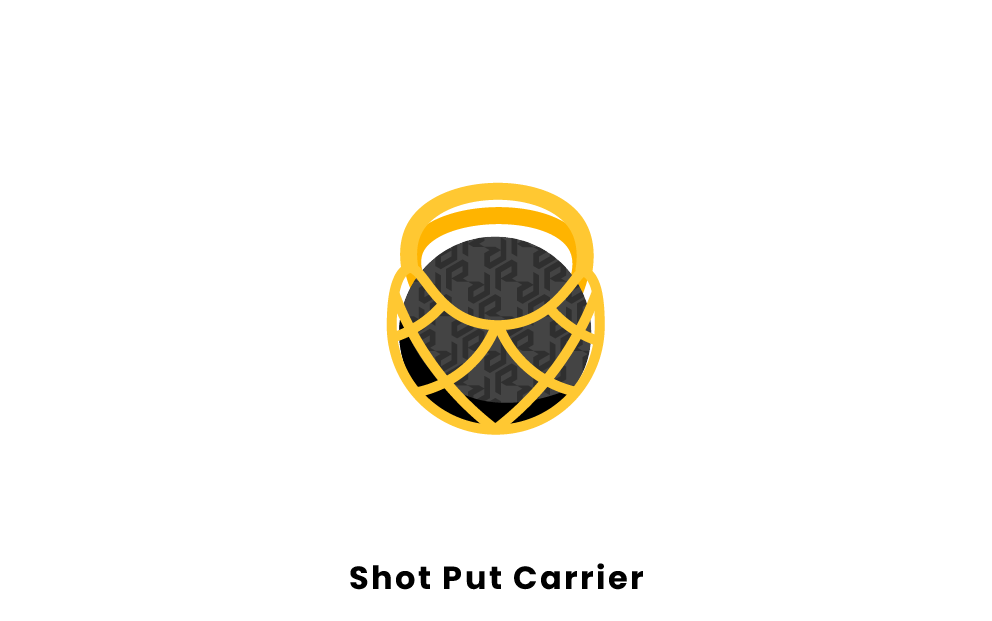 A shot put carrier is a tool used to transport shot put balls from one place to another. The carriers can be made of rope or can be small vinyl bags. The ones made of rope only carry one ball, whereas the bags carry two. 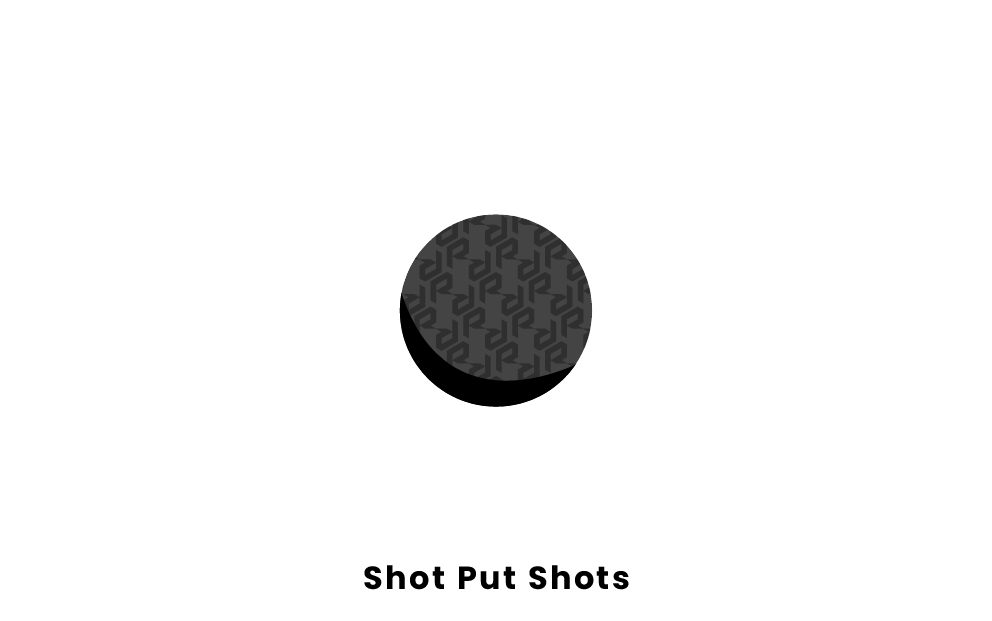 The balls used in shot put events are called shots. There are both outdoor and indoor shots. They can be found in different weights and sizes. The weights are either 8.8lbs for women and 16lbs for men. Outdoor shots can be made of iron, steel, or brass. Indoor shots are made from vinyl. 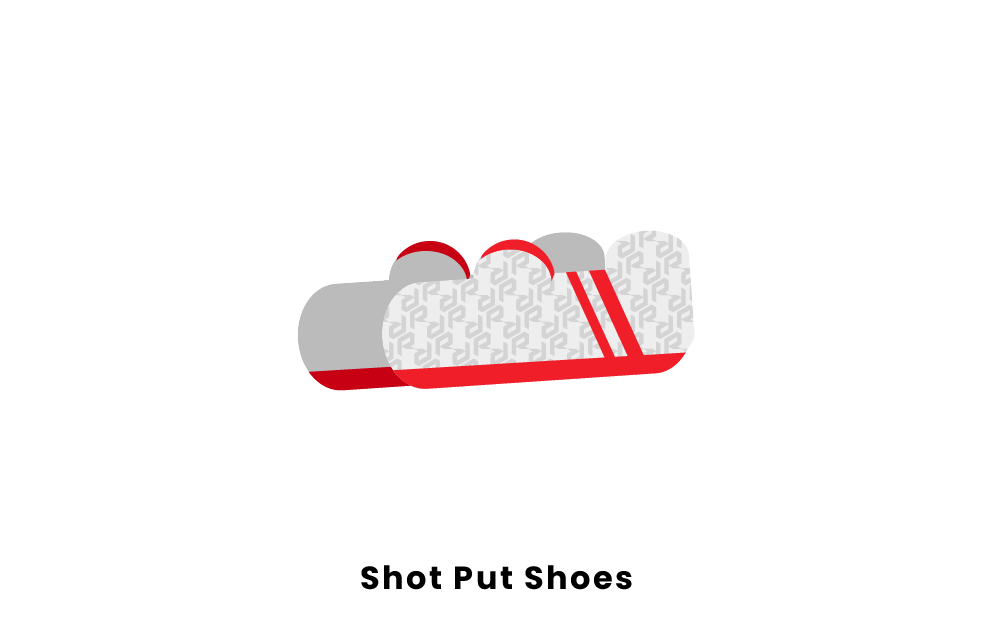 Shot put shoes are important to allow grip and smooth movement during the rotation before the release of the shot put. It is important for the shoes to have a snug fit around the foot. Most shot put shoes can be adjusted with both velcro and laces. 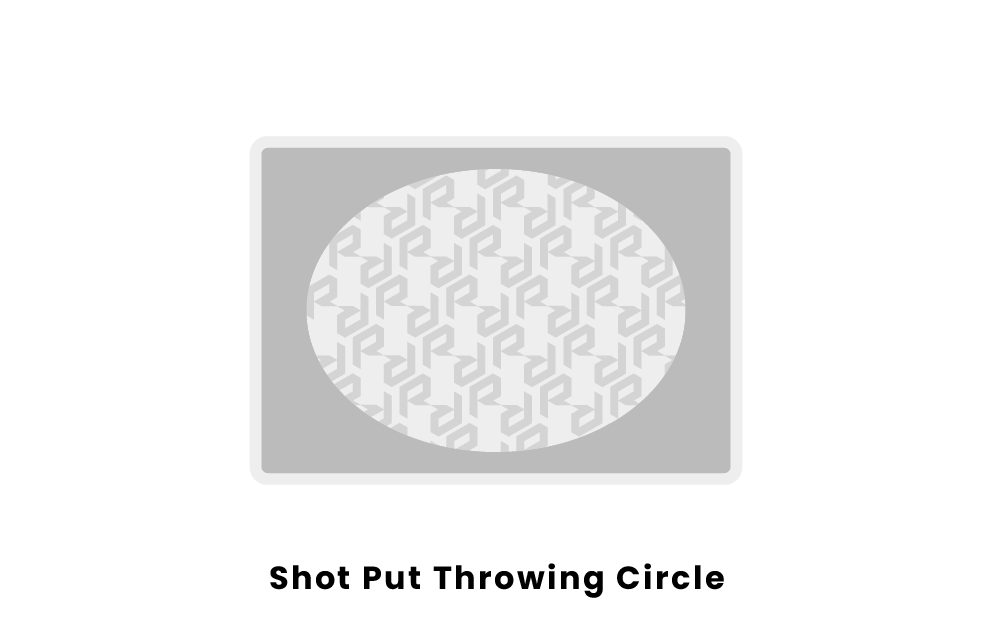 The throwing circle is an area in which the player must throw their shot put from. The area of the circle is about 8 ft. The interior of the circle must be composed of a non-slippery material such as concrete. The outside of the circle has to be made of band iron, steel, or another approved material. 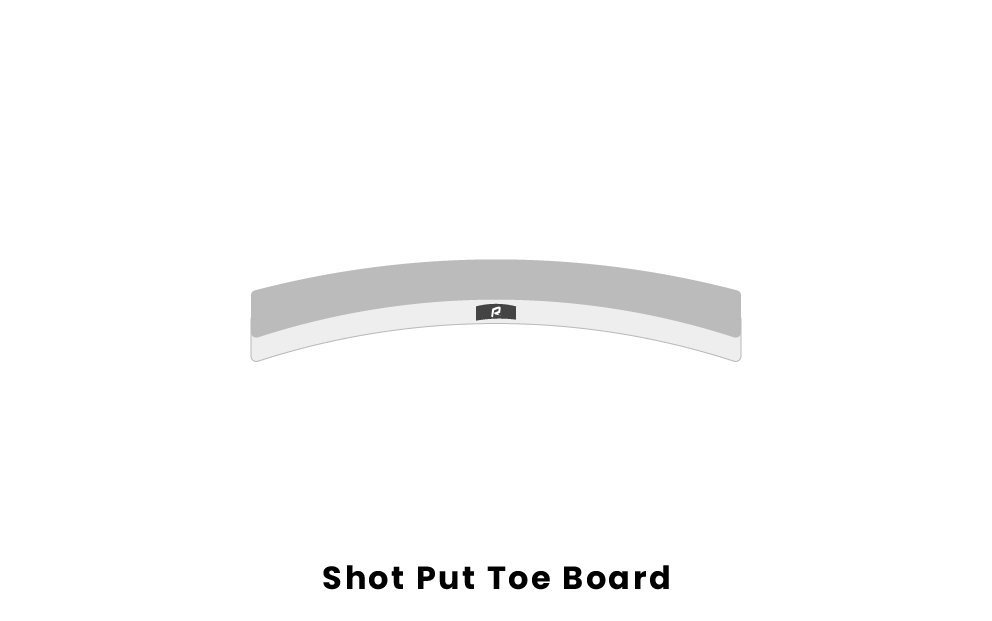 Shot put toe boards are to prevent the thrower from stepping outside of the boundaries. They can be made from cast aluminum, steel, and polyethylene. They can be purchased in two different heights, either 4 inches for a flush fit and 3.25 inches for depressed pads. 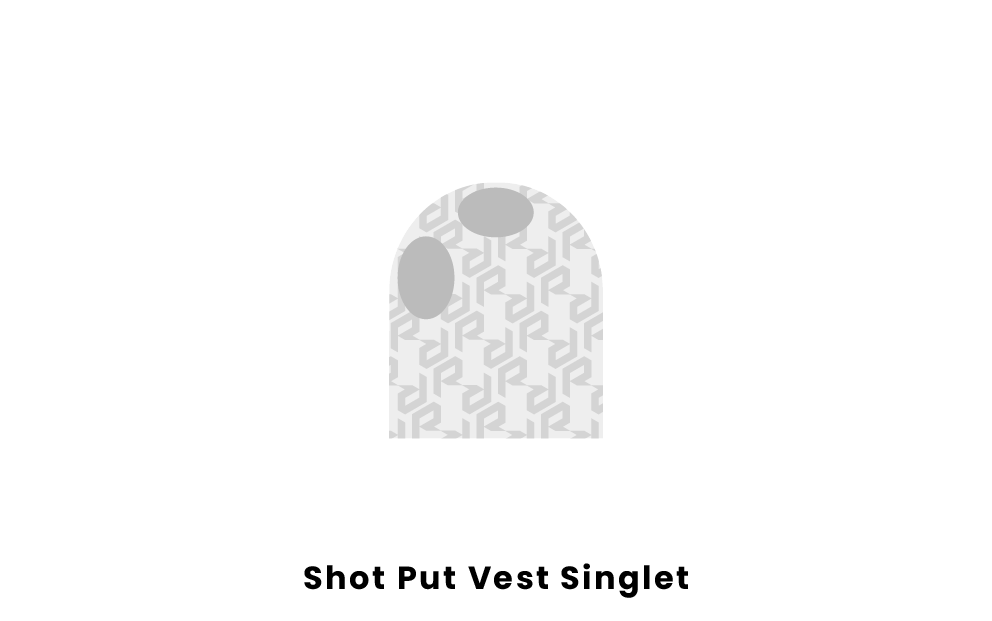 A vest singlet is a type of tank top for track athletes. Vest singlets are tight fitting and sleeveless. They are made of a specific material that is made to wick moisture away from the body for ultimate performance. The tops are usually made of nylon, spandex, or a mixture of the two.

What equipment does a shot put athlete need?

Athletes in shot put need shots, carriers, clothing, and shoes. The best-rated overall shot, according to Sports Illustrated, costs $12.79. It is reasonable for athletes to have multiple as they throw more than one per competition. A carrier that holds two shots costs around $20. Basic Nike shot put cleats are $80. Teams will typically provide matching uniforms for athletes to wear at meets, but practice clothing, including athletic shorts and a shirt, can be purchased for under $30.

What do shot put athletes wear?

For competition, shot put athletes wear vest singlets and half-tights or shorts. These are typically provided by the team or organization, and should match the rest of the team. Athletes will typically have their name or a number to identify them on the front of their singlets. Many shot put athletes also have specialized throwing shoes that provide added grip and do not have spikes like other footwear used in track and field.

What is the size of a shot put?