How Does Scoring Work In Pole Vaulting? 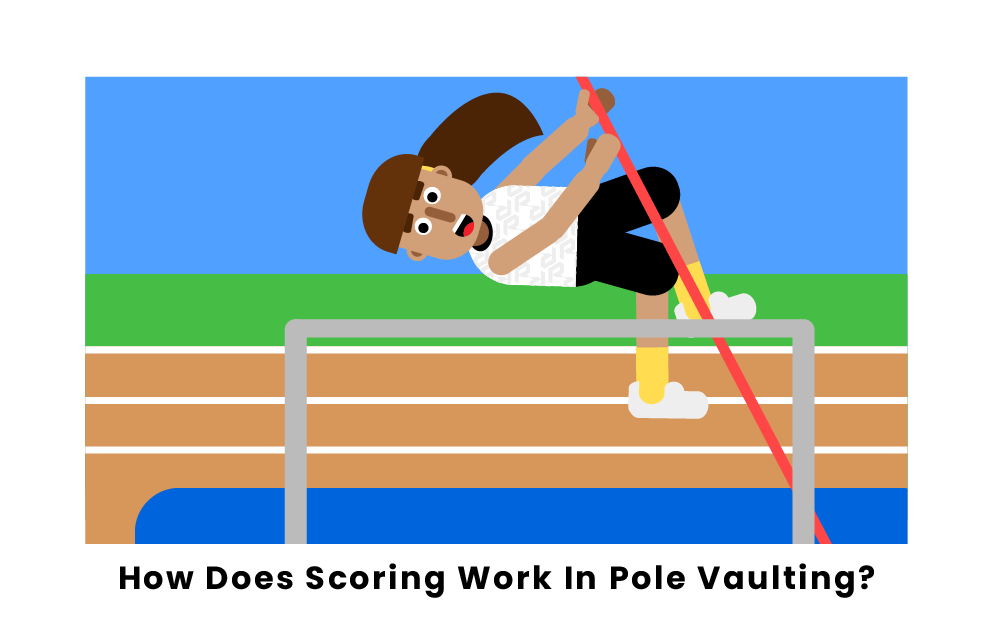 Pole vaulting is a track & field sport in which competitors use a long, flexible pole to jump over a horizontal bar that’s located high above the ground. The only scores recorded in pole vaulting are the heights of each athlete's successful jumps. In general, the athlete that clears the highest height is the winner of the event. Pole vaulting is used in high school, college, and even Olympic competitions. Read below to find out how scoring in this sport works.

Pole vaulting is tough to execute, even for the very best vaulters in the world. As a result, each competitor is given three chances to clear the designated height. When athletes get over the horizontal bar, its height gets progressively raised to eliminate more vaulters until there’s one person left standing. The highest height ever cleared by a male pole vaulter is 20ft 4in by Armand Duplantis in March 2022. For women, Jennifer Suhr set the record in 2016 at 16ft 4in.

If the last two athletes in a pole vaulting competition can’t get over the maximum height, there’s a tiebreaker to determine who wins the event. During the regular competition, the number of failed attempts is not counted against an individual vaulter so long as they could clear the air in three tries. This means a competitor can take all three tries for each designated height and still win the event. However, in the event of a tie, failed attempts are taken into account, and the athlete with the least number of failed tries on the final height of the competition is declared the winner. If the tie remains, the competitor with the fewest unsuccessful attempts throughout the entire competition is the winner.

In the rare occurrence that the first two conditions can’t satisfy the tie, then a “jump-off” occurs. Each vaulter makes one more attempt at the maximum height, and whoever clears it is deemed the winner. If the tie still remains, the bar will be continually lowered until one clears the bar and one doesn’t. These tie-breaking procedures are only used to determine first and second place in competitions. When deciding on lower placements, only the rules used in the above paragraph are applied. If there’s still a tie, each athlete is awarded the highest possible placement.

Before getting into the nuances of the types of fouls in pole vaulting, it’s important to note that if a vaulter commits a foul on an attempt, then it’s simply scored as an unsuccessful try. The most common fouls include: the vaulter touching the crossbar (whether it’s the person themselves or the pole), failing to clear the bar upon leaving the ground, touching the ground without having cleared the bar, displacing the crossbar during the jump, and being in the incorrect position during the jump. If an athlete's pole breaks, it’s not a foul, and the person is given a new trial.

One of the most forbidden rules is the vaulters not being allowed to tape their hands. Taping the hand(s) allows the competitor to get a better grip on the pole and thus gives them a better chance of getting over the crossbar. As a result, if an athlete is found to have taped their hands, they will be immediately disqualified. The only exception to this rule is if the vaulter has an open wound. Other offenses that lead to disqualification include: using improper shoes, using artificial weights and/or aid, and using another vaulters pole without their consent.

What happens if a competitor doesn’t clear the pole on the first attempt?

It’s not uncommon for pole vaulters not to make it over the horizontal bar on their first try. Each athlete gets three attempts to successfully clear the pole without a foul. There is no penalty for failing to clear the bar on the first two tries. However, if the vaulter fails to clear the height on three consecutive tries, they will be eliminated from the competition. Attempts aren’t counted against the vaulters’ score unless there’s a tie.

Is Pole Vaulting an Olympic Sport?

Pole vaulting has been a staple at the Olympics since 1896, but it was only for males until the 2000 Games, when the sport was added to women’s competitions as well. The United States leads the men’s side with 47 total medals. Nobody else comes close in total medals, as Russia is second with six medals. On the women’s side, the United States and Russia each have five total medals, but the U.S. owns three golds, while Russia has two golds.

Pages Related to How Does Scoring Work In Pole Vaulting?