How Does Scoring Work In High Jump? 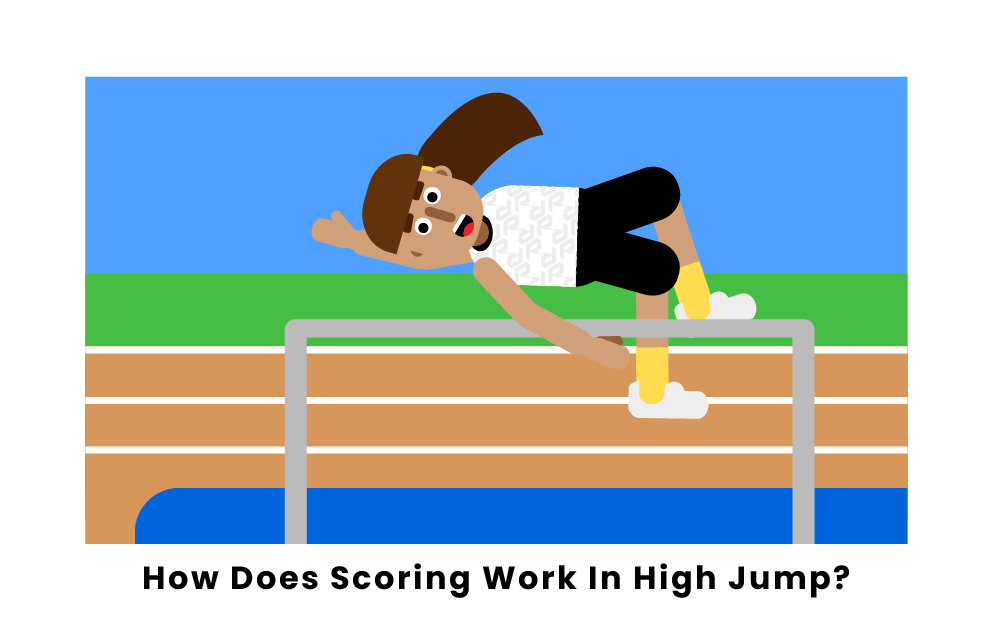 High jump is a sport in which athletes use a running start to leap and clear a horizontal bar suspended in the air. Their goal is to clear the highest height possible and outjump other competitors. The sport was developed in Scotland during the 19th century and has been featured regularly in the Olympics since 1896. Keep reading to learn about how scoring works in high jump!

There isn’t a true “scoring system” in high jump. Unlike in other jumping or gymnastics sports, high jump competitors aren’t judged on how they get over the horizontal bar, as long as they clear it. In fact, there’s not even a tie-breaking procedure regarding how someone cleared the bar. Scoring in high jump is simply tracked by who can clear the bar at the tallest height.

Each competitor is given three tries to get over the bar. If they fail to clear the bar in three attempts, they will be eliminated. Using more than one attempt to clear the bar does not initially penalize the competitor. However, if there’s a tie at the end of the event, the person with the fewest number of failed attempts is declared the winner. If both athletes have the same number of misses, then a jump-off will determine the winner. In a jump-off, each athlete gets one chance at each height, and the bar will keep moving higher until there’s a winner.

Competitors are eliminated after each height they cannot clear. The person who has the highest jump is the winner of the event. In a jump-off, the winner is determined when one athlete clears the bar and the other fails. The high jump record for men is held by Charles Austin with a leap of 2.39 meters during the 1996 Olympic Games. In 2004, Yelena Slesarenko jumped 2.06 meters to set the record on the women’s side.

The height of the bar is determined by the chief judge and only the chief judge. The athlete then has the option to accept the bar height or to simply pass it. They aren’t penalized for passing; however, if another competitor clears that designated height, the athlete is eliminated.

What is the tie-breaking procedure in high jump?

In high jump, if two competitors both clear the maximum height, the match heads to a tie-breaker. First, the athletes are judged based on the amount of previous failed attempts they had. If one has fewer failures than the other, then they win the competition. However, if both players have the same number of failed attempts, they compete in a “jump-off.” This means each competitor gets the same height of the bar and gets one attempt to clear it. If one clears and the other doesn’t then the person who got over the bar wins.

What is the minimum height of the bar in high jump?

Age and gender is the primary factor in determining the minimum height of the bar. For women, it ranges from 1.00 meters for nine-year-olds to 1.40 meters for people 17 and older. On the male side, it also starts at 1.00 meters; however, for men 17 and older, it starts at 1.70 meters. There is no maximum height on either side, but the highest jump ever recorded in history is Charles Austin at 2.39.

Pages Related to How Does Scoring Work In High Jump?