How Does Scoring Work In Hammer Throw? 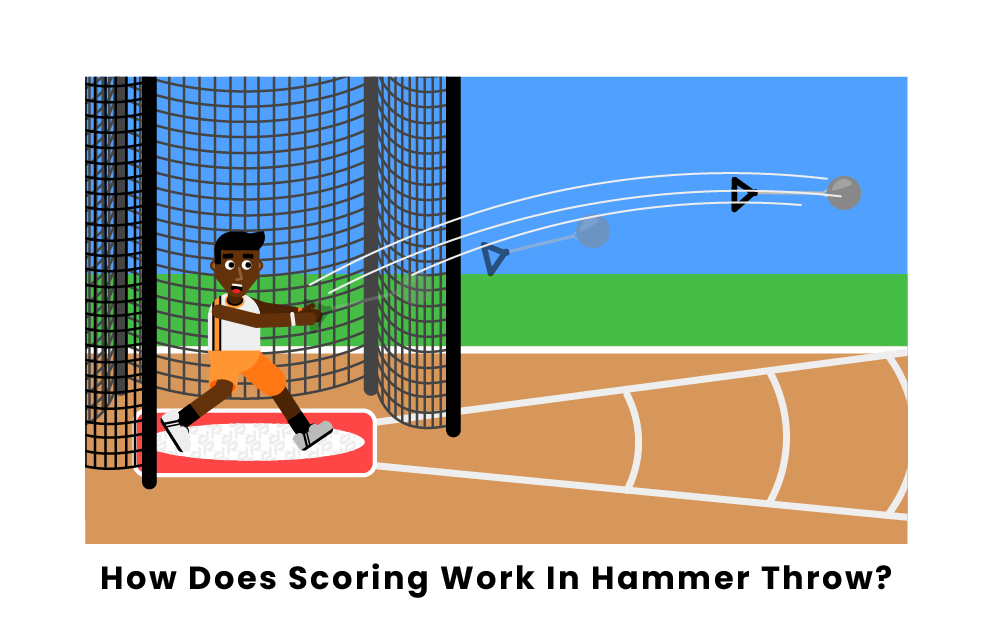 Hammer throw is a track and field event that has been a part of the Olympic Games since 1900 for men and since 2000 for women. As the name suggests, the objective of the sport is throwing a hammer into a field, with the goal being to throw farther than other competitors. How is hammer throw scored? Keep reading to find out!

How is Hammer Throw Scored?

Hammer throw is scored based on the distance the weight is thrown. While most sports have a scoring system involving points, Hammer throws are judged purely on distance. The distance a hammer is thrown is measured by a judge or multiple judges upon a successful attempt, and this distance is then recorded as a score.

The further the throw, the better the chances are for winning. Much like shot put, positions and placing for athletes competing is decided by descending order of the throws. The longest toss has the highest position, while the shortest throw will be in the last place of the competition. 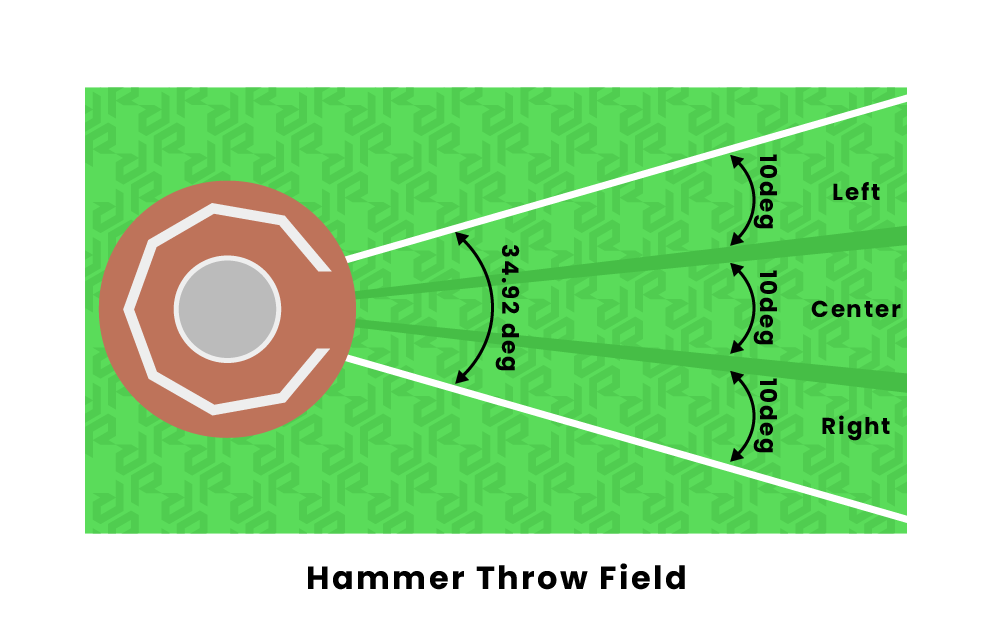 The field of hammer throw has two major components: the windup area and the throwing area. The windup area is a circular area that is designated as the post where a thrower winds up and releases the hammer. This area is normally enclosed by a  net or fence so that if the thrower accidentally releases the hammer early, it will not enter into areas filled with spectators or other athletes. The second aspect of the hammer throw field is the 34.92° wedge-shaped throwing area. This section of the field is where the hammer is expected to land and where the distance thrown will be judged.

Another way that a throw will not be registered in the judges’ scores is if the hammer is thrown outside of the field of play. If the hammer leaves the 34.92° arc provided for the hammer to be thrown in, the throw is marked as illegitimate, and the athlete loses one of the six attempts they have to throw the hammer.

The final way that a competitor can lose an attempt is if they take longer than 90 seconds to attempt a throw. This rule is in place for the highest level of competition, such as the Olympics, and is liable to change based on the level of the athletes or the structure of a certain competition.

Beyond the normal fouls for harmless mistakes or illegal throws, a competitor can face punishment if the hammer they are throwing does meet the specifications of the competition. The rules of hammer throw, although varying from event to event, are very specific in regards to the length, weight, and dimensions of the hammers being thrown. If an athlete is found to be using illegal or modified equipment that does not meet competition specifications, the athlete will lose any score they had gained and may be banned from the event.

The basic scoring and victory conditions of hammer throw do not change between levels of competition. Rules regarding the weight and dimensions of the hammer itself may change from contest to contest. Additionally, enforcement of rules and what is an illegal throw may also change between events. However, the principle of distance used as the scoring tool does not change between levels of play. All hammer throw contests are judged the same way, with the furthest legal throw receiving the highest position on the leaderboard.

What is the farthest throw recorded in hammer throw?

The furthest distance ever recorded for a hammer throw event is 86.74 meters. This distance was recorded during the Eastern European championships of 1986 by Yuriy Sedykh of the USSR. While this record was not set during an Olympic event, it is, to date, the furthest a person (man or woman) has ever thrown the hammer in an organized competition.

Pages Related to How Does Scoring Work In Hammer Throw?