How Does Scoring Work In Discus? 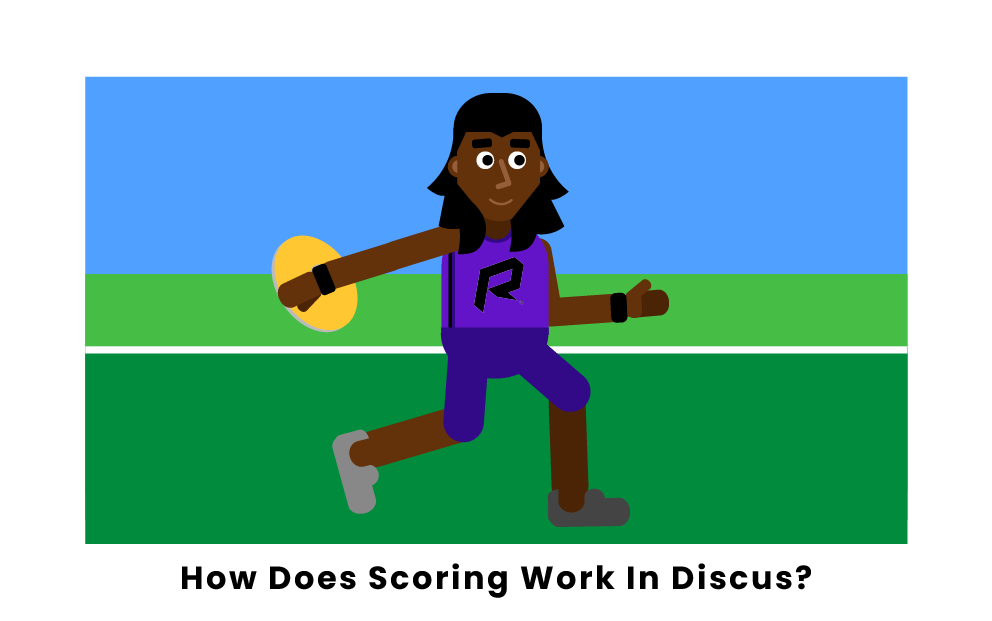 The highest score in discus throwing competitions is determined by whoever throws the discus the farthest. At the World Athletics Championships, each athlete is allowed to throw the discus six times, and eight or three times at the Olympics, depending on the rounds.

Discus throwing was first introduced during the ancient Greek Olympic Games. Homer mentioned it in his famous epic poem, The Iliad. Discus throwing has been a part of the Olympics since its inception, demonstrating the sport's significance.

Each country competing in the discus throw Olympics may send three throwers. Throwers get eight attempts in the preliminary stages to make their best throw. The top 12 athletes from the qualifying round move on to the finals. Each competitor is given 90 seconds per attempt and three chances to get their best throw, with the throw with the farthest distance being recorded to determine the score. The top eight athletes are then granted three further chances. The ranking is then determined by the longest throw, with the second-best throw being considered in the event of a tie for the highest score.

Virgilijus Alekna of Lithuania has the Olympic men's record in discus throwing, which is 69.89 meters, while Martina Hellmann of Germany is the holder of the Olympic women's record, which is 72.30 meters.

In the World Athletic Championships, throwers are allowed six attempts per competition. In these attempts, each thrower is trying to throw the longest distance. The thrower spins one-and-a-half times before releasing the discus; the greater the distance, the higher the score. If there is a tie, like in the Olympics, the winner is determined by the next-best score.

According to the rules, if the discus hits the cage after the thrower releases the discus, lands in the landing sector, and no other rules are violated, then the throw is valid. The landing zone, which is built of natural grass and other materials to ensure that there are no bumps, is 80 meters long and has 50-millimeter-wide white markings where the discus lands. 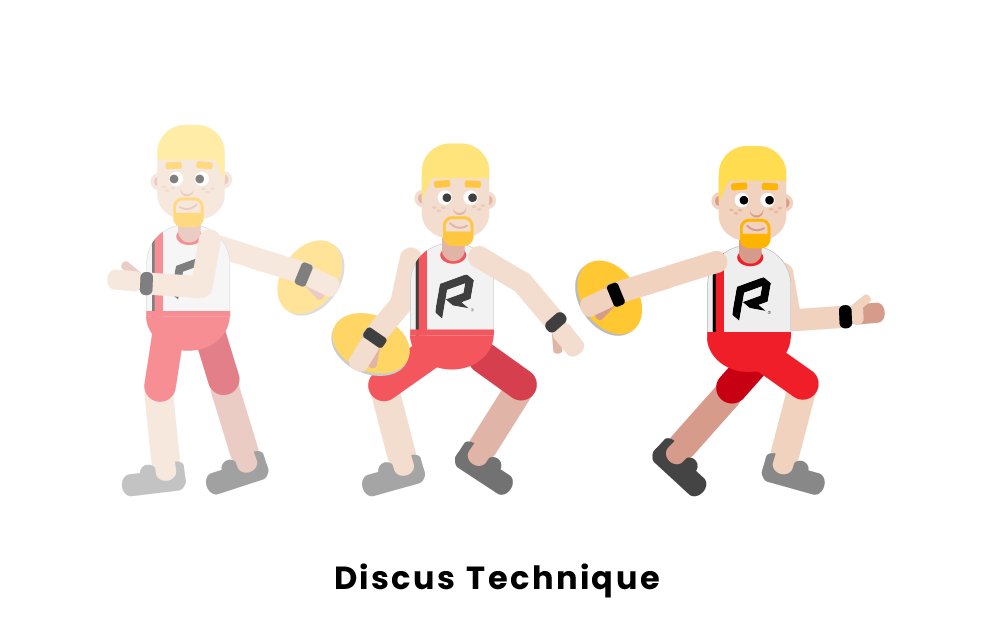 In order to perform a discus throw, the thrower spins around one-and-a-half times before throwing the discus. Power comes from the lower body, particularly the knees and hips. The technique must be adaptable, explosive, and fast. Without that, power would be meaningless, and a good score would not be received.

To throw the discus, there are five steps: gripping, swinging, spinning, driving, and releasing. To stabilize the discus, the thrower must have a firm grip with fingers spread and thumb used. The thrower uses the swing motion to gain momentum. Then, the thrower spins one-and-a-half times to gain speed before pushing their leg. The drive occurs before the last step, completing the position required to release the discus, with hips, legs, and feet in motion. Finally, the athlete uses their leg to straighten their body and release the discus with power, attempting to achieve the greatest distance possible.

For a score to be validated, there are judges to coordinate the discus throw. The chief judge raises a white or red flag depending on whether the throw was fair or if there was a foul. There are other judges, the minimum being six: three at the circle, and three in the field. They are responsible for keeping an eye on the designated area to make sure that the regulations are being observed, measuring each competitor's attempts, and confirming the results at the conclusion of the round.

Pages Related to How Does Scoring Work In Discus?